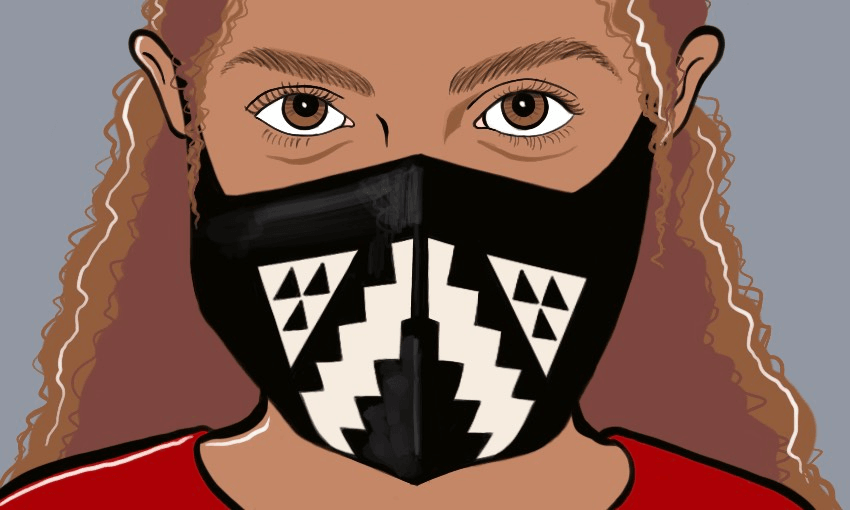 The Waitangi Tribunal’s report on the government’s Covid-19 response for Māori landed in inboxes all over the country today, and colour us all unsurprised by its findings, writes Leonie Hayden.

Released officially this morning, Haumaru: The Covid-19 Priority Report contains a highlight reel of failures by the government in their responsibility to protect Māori during the pandemic.

Specifically it names multiple Treaty breaches of the principles of active protection and equity, partnership and the guarantee of tino rangatiratanga in data gathering, engagement, the vaccine rollout and the adoption of the new traffic light system.

If 2020 was an unprecedented time, 2021 began to feel pretty damn precedented. Te Rōpū Whakakaupapa Urutā, the national Māori pandemic group, believes it was excluded from the outset of the pandemic, asking in media reports why they weren’t being consulted as early as April 2020. Things seemed positive when co-leader Dr Rawiri McKree Jansen was included on the Epidemic Response Committee, later overshadowed by his leaving because they weren’t heeding the advice of Māori experts.

Then when the Pfizer vaccine landed in 2021, there was hope that the mistakes of 2020 wouldn’t be repeated – that finally the Crown would listen to Māori experts on how best to reach Māori communities.

Dr Rawiri Taonui, who has tracked Māori and Pasifika case rates since the beginning of the recent outbreak, has been a seemingly lone, constant voice in stating that it’s Māori and Pasifika people who are falling to delta. As of his last public post for Waatea on December 14, Māori made up 50.6% of the total delta cases. On the day in question, Māori and Pasifika made up 96% of new cases. Our most recent death with Covid (of which there have been 49) was a Māori child, the youngest yet to die with the virus in Aotearoa.

While very real today, these numbers were merely theoretical back in September 2020 when experts modelled the potential cost to Māori communities if we were to see another outbreak. We had eliminated Covid in the community for the time being, but those health researchers knew the risks – that a racist and inequitable health system would compound the likelihood of high case numbers and deaths for Māori. It was all laid out for us – knowing the risks meant planning for, and avoiding them, right? Wrong.

From the outset of the vaccination rollout, the Crown’s failure to jointly design the vaccine framework breached our guarantee of tino rangatiratanga. In failing to adopt recommendations from Māori experts, it fell down on the principle of partnership too. The Haumaru report reveals that public health experts, Māori service providers, iwi leaders, and the Crown’s own officials from Te Puni Kōkiri, Te Arawhiti and the Ministry of Health recommended an age adjustment for Māori for “group two”, the second wave of people to be vaccinated after our frontline workers, to account for a younger population and a shorter life span. Cabinet did not implement the recommendation, as we now know, and it was mostly limited to those over 65.

Instead, Crown representatives claimed during the hearing they adopted a “whānau-centred” approach during the group two vaccine rollout, by releasing 40,000 vaccines to Māori and Pacific health providers. Te Puna Ora o Mataatua, a Bay of Plenty health provider, gave evidence that they were given only 30 vaccines a day, an “insufficient number of vaccines to meet demand”. Te Ohu Rata o Aotearoa, the Māori Medical Practitioners Association, submitted that: “To the extent there was a whānau-based approach explicitly adopted by the Crown, this was not made clear to Māori or the general public.”

Elsewhere, Ngāti Hine Health Trust, the largest Māori health provider in Te Tai Tokerau, spoke of waiting for support to “trickle down through the system” while they found their own way forward. Meanwhile, mistrust and misinformation began to take hold in their isolated communities.

The tribunal says it was mindful of the fact that decisions needed to be made during an urgent health crisis, as we all have been. That is why we expect our officials to rely on experts, as they have done elsewhere. So it begs the question – why does the Crown not recognise expert advice when it comes to Māori? They didn’t just ignore our experts – their own mathematical modeller Professor Shaun Hendy clearly outlined the importance of accounting for ethnicity in the vaccine rollout. His organisation Te Pūnaha Matatini  showed Māori were 2.5 times likelier to be hospitalised than non-Māori and non-Pacific people. This meant that a 59-year-old Māori patient with Covid-19 and no co-morbidities had the same risk of hospitalisation as an 80-year-old Pākehā person.

For many the Haumaru report will provide no answers, but perhaps a tired vindication, the kind it’s hard to take any pleasure from. It contains no time machine; no hope that these mistakes and many more like them won’t be made again. The tribunal’s list of recommendations merely parrot the things Māori health experts were asking for all along – further funding and resourcing, better data collection, the prioritisation of whānau whaikaha (disabled people) and better engagement.

Short of storming the capital, there wasn’t any more Māori leaders and public health professionals could have done. It’s as frustrating now as it was 10 months ago – there is nothing in this report that we didn’t know, although it is upsetting in its scale. It took will and determination to ignore all that advice and all those pleas for help. What else does one call that but systemic racism?