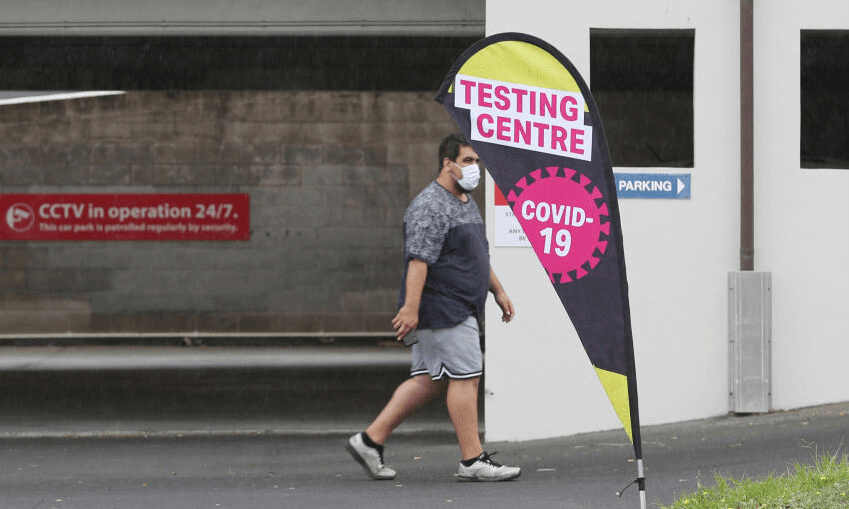 Two papers published today, written by a combined 16 Māori and non-Māori academics and researchers, uphold what is known to be true by many: that Māori and Pasefika experience different health outcomes to everyone else.

The first, a review of quantitative studies, looks at self-reported experiences of racial discrimination – that is, people who have answered questions about experiencing racism in the health system. In the review, the first of its kind in New Zealand, 24 studies at a regional and national level were reviewed, with more than half using a sample size of 5,000 or more people. Three are long-term, including the Growing Up in NZ study which has been following the lives of 6,000 children and their families since 2009.

“When measured within the body of racism and health research in New Zealand the prevalence of experience of racism was consistently highest among Māori, Pacific and Asian populations,” the report says.

Natalie Talamaivao (Taranaki, Ngāti Moeahu), a former advisor in Māori research at the Ministry of Health and co-author of the paper, says its contents aren’t surprising but they are shocking. “It’s always shocking that there are such strong associations across such a wide range of health outcomes, from healthcare access to any of the variables that could be measured like mental health, maternal health. It’s consistent across all parts.”

Despite the number of studies reviewed, co-author Donna Cormack (Kāti Mamoe, Kai Tahu), a senior lecturer at Te Kupenga Hauora Māori at the University of Auckland, said there was a lack of research relating to experiences not directly related to health. Being able to include those experiences would have shown a much deeper, and more far ranging experience of racism, she says.

“We’re just scratching the surface in these studies because we’re only measuring some health outcomes and some exposures and we’re not capturing all the other institutional and everyday stuff. It’s accumulative, it’s not just happening to people in one place in their life.”

Looking at both physical and mental health, the review found strong associations between “ethnically-motivated interpersonal attacks and unfair treatment” and maternal mental health for Māori, Pacific and Asian women, and that healthcare-based racism was associated with increased infectious disease hospitalisations for Māori infants.

Cormack says policy makers can’t continue to think of healthcare as a one-size-fits-all service. “One of the ways in which racism plays out in health is in the belief that there’s one way of thinking about health, one approach that’s the best for everyone. That’s racist in and of itself.

“To me, kaupapa Māori services are anti-racist for Māori even if they’re not doing anything specific. Just the fact that there’s places where being Māori is normal in a country where that’s rare, and you can expect that your name will be pronounced correctly, and you don’t have to leave being Māori at the door to get the services you need.”

She adds that kaupapa Māori providers are “as good as if not better for health – they’re as scientific, as evidence based, as knowledge-informed as other services.”

Both researchers say that the time for research on if our institutions are racist is over, now it’s time to focus on change.

“The evidence is really strong and really clear, there’s been a need for quite some time that this is translated into interventions, policy development and that organisations embed anti-racism into their structure,” says Talamaivao. “We know the evidence; we don’t need to prove it.”

“Knowing about racism, what it is, where it happens, is not to prove it exists,” adds Cormack. “It’s so we can better respond to it and stop focusing on communities as if they’re the problem, and start addressing providers, organisations and systems because they are the problem. It’s not about individuals failing to do what they’re meant to do. It’s about systems failing communities.”

And if there’s a will, there’s a way, Cormack reckons. She says the government’s swift response to the pandemic proves that they can act quickly and decisively when they want to.

“They’ve proven they can really quickly change circumstances, redirect funding and redirect attention, as they did with the wage subsidy and the fact that hospitals were able to quickly come up with extra ICU beds.

“If they wanted to get rid of rheumatic fever, they could do it tomorrow. They could shift enough money and resources tomorrow and we could get rid of it, because like Covid, it shouldn’t exist.”

The second report looks at likely mortality rates from Covid-19 by ethnicity. Written before the re-emergence of Covid-19 via community transmission and a second lockdown in Auckland, the report is prescient in its diagnosis of a likely resurgence.

Taking into account factors such as the rates at which Māori have conditions such as diabetes, asthma and heart disease, and looking to studies overseas that show that minority ethnic groups have a higher risk of mortality, the study concluded that Māori were 50% more likely than non-Māori to die from the virus.

Co-author and statistician Andrew Sporle (Ngāti Apa, Rangitane, Te Rarawa) says that racism plays into the study’s results in surprising ways. “The issue is that we are dealing with the figures that we know of. And unfortunately the healthcare system and the official statistics system are crap at counting Māori.

“We have based our figures on the current state of knowledge about preexisting conditions amongst Māori and we know that’s an underestimate… In order to appear in the health statistics, you have to appear in healthcare services! So our estimates of the differences in mortality rates for Covid infections is probably an underestimate,” he said.

The resurgence in Auckland confirmed what the study found, he says. “What we’ve seen is that the Māori and Pacific cases have a higher hospital admission rate. What we thought would happen, has happened, but on a small scale. So imagine that writ large.”

To help you, an online modelling and visualisation tool developed by Sporle and Daniel Barnett shows what hospitalisation and mortality rates for Māori, Pasifika and other tauiwi people would look like with different rates of infection. You can search by region, and see, somewhat morbidly, how many Māori in your rohe would die if there was significant infection in the community.

He says the solutions to preventing such an event lie in understanding that different communities have different health needs, and that good information saves lives. “Our research absolutely reinforces the elimination strategy. Secondly, we need an effective strategy if it does get into our communities. That works with those local communities and empowers them.

“We need timely, good quality information that’s put in the hands of local decision makers who can design a response in a way that Wellington could never do.”