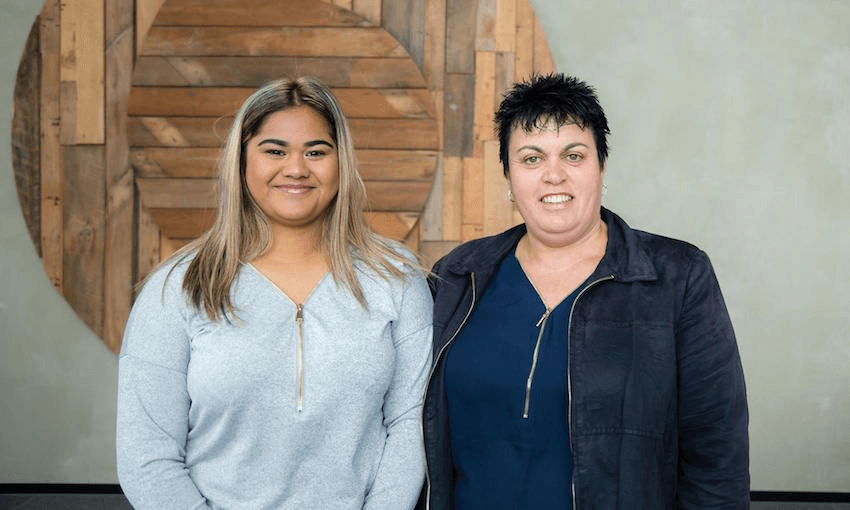 An app that gives parents important information and rewards them for attending appointments is being tested on the East Coast.

Rural New Zealand gets the sharp end of a lot of our worst stats – suicide, poverty, unemployment, health and wellbeing. Nowhere more so than the East Coast of the North Island, which includes the highest deprivation levels in the country and where the Māori population is 89% in rural areas and 78% in urban areas (compared to 15% of the country’s population).

It’s here that senior health professional students from University of Otago, EIT and Otago Polytechnic do clinical placements so they can better understand the needs of the country’s most vulnerable. Since 2012, over 300 final-year medical, nursing, occupational therapy, oral health, physiotherapy and pharmacy students have taken part in the Tairāwhiti IPE programme, gaining experience working in Tairāwhiti (the East Coast) and Wairoa, particularly with Māori health service providers.

While Dunedin and the sunny East Coast may seem worlds apart, 77 health science students that whakapapa to Ngāti Porou on the East Coast continued their studies at University of Otago last year. As well as showing students the realities of health practise and the importance of cultural competency, the programme demonstrates how students from the area can take their new skills back home to enhance the mana of their own people.

As the manager of Ngāti Porou Hauora in Te Puia Springs – the only iwi-owned hospital in New Zealand – University of Otago Practise Fellow Frances King (Ngāti Porou, Te Whānau a Ruataupare) works alongside the TIPE students. She has seen first hand the impact of the community looking after each other.

“It’s a very community-engaged programme. Even years later, doctors come back to work here that were students here on one of those placements,” she tells me from her office at Ngāti Porou Hauora. It’s this concentration of care at a whānau, hapū and iwi level that she believes will make the most difference in the community, and which has inspired her revolutionary new app.

In August, King’s idea for a parenting support app was one of five accepted into the inaugural Vodafone Change Accelerator, a six-week incubator for community organisations to take a technology-based idea from concept to reality. She took with her Laine Tangaere, a youth ambassador for the programme who was sponsored by Ngāti Porou Hauora. “We developed our prototype down in Christchurch and we’ve come back to trial it with whānau here on the coast. That’s about seeing how useful it is to our young mums and their families, see what other ideas they’d like to see in there.

“We want to get feedback from about 50 young people and 30 family members. In the trial, looking at about 20 people.”

Around 80 developers and designers volunteer their time to the Change Accelerator to help the community projects get off the ground, but King says many of the ideas she took with her were from her own community, including the name: Pēpi Ora.

“There were a lot of workshops around technology, media, giving and receiving feedback, those kinds of things, but we went armed with so many great ideas already.”

When it comes to design and language, the feedback so far has been that users would like to a bit of humour, to see local faces, and to have the information delivered in a mixture of English and te reo Māori, as if they were being spoken to in conversation, “rather than a sterile, clinical way of delivering health information.”

Features include a calendar for midwife appointments, Well Child checks, pre-school dental checks and immunisations. It also contains handy tips for parenting – information on pregnancy such as finding a midwife, food and nutrition, smoking, drugs and alcohol, sex, labour and birth. Most of the research has been conducted by King, in consultation with kaiāwhina, midwives, nurses and doctors.

She rattles off a shopping list of invaluable support services.

“It can connect people to support groups, other mums in the area. Let people know what’s happening locally, workshops and things. Helpful budgeting tips. How family members can support mum. How to link with local services. Dental care for babies and toddlers. Teething. Issues with breastfeeding.”

While King admits cultural competence is an issue in healthcare for Māori in general, she says health experts on the coast are already great in that respect – they know what they’re up against. “The staff that work in the area know what the issues are and what people are having to face on a daily basis – the issues that come with not having much money, not having reliable transport. Sub-standard housing. I hate using these words but…” Her voice trails off. “One of the things I’m mindful of is that I don’t want to stigmatise our families any more than they have been already.”

But she says tools like Pēpi Ora can supplement health advice in the moments when people can’t or won’t ask for help.

“You know the types of things people are too whakamā to ask about. It might be on their mind but they don’t say anything, for whatever reason. Stuff like if you need additional help, if you’re feeling unsafe, or aren’t sleeping well, or feeling sad. Sometimes people won’t tell a nurse or a doctor, which is a lost opportunity. Even stuff like the recommended dosage of paracetamol for a toddler. We take it for granted that people know how much to give.”

One feature that may prove controversial is that the app incentivises parents with rewards from reward partners. Ideally King would like them to be practical rewards such as food and petrol vouchers.

“Initially in this small trial I’ve talked with local businesses, the Four Square, some of our garages on the coast… actually, the only garage on the coast,” she adds, laughing. “At the moment it’s very localised but in time we’d like to expand that and offer more.”

There will be people who don’t understand the high level of need on the east coast. Does she have a response for anyone who might question why parents need an incentive?

“I think that’s something I’ll have to consider when we go outside of here. Our local businesses haven’t responded that way at all. Like our healthcare staff, they see what people are facing here and they’re very supportive, they want to be part of it. Of course they have questions such as what happens if someone wants to buy cigarettes or alcohol with a grocery voucher – but of course vouchers will exclude any R18 products. There are also benefits for them around marketing their services and products.”

King is hoping to release the app mid-2018 but says it depends on how long it takes to get feedback from the various trial groups.

She’s eager to get it out to her community. “One of the things we had to do when we were on the programme was look at what else is available and there are a number of pregnancy apps but there’s nothing that integrates all of the things that I’ve talked about.”

This content is brought to you by the University of Otago – a vibrant contributor to Māori development and the realisation of Māori aspirations, through our Māori Strategic Framework and world-class researchers and teachers.