Despite Māori over-representation in the death statistics, drowning prevention strategies have largely neglected Māori perspectives on water safety. A University of Otago researcher wants to change that.


For Dr Chanel Phillips, a childhood in Whāngarei meant growing up in, on and around the ocean. Back then, her dad would regularly take Phillips (Ngāti Hine, Ngāpuhi) and her five siblings to Pataua beach to collect kaimoana. On the weekends, her whānau would travel north to Moerewa and play with their cousins in the creeks and waterfalls of Ngāti Hine. Since then, the water has always played a central role in her life.

That connection led Phillips, who has a background in physical education, to focus on water safety in her research at the University of Otago. Last month saw the release of Water Safety New Zealand’s latest strategy, based on Wai Puna, Phillips’ theory of Māori water safety. The strategy, called Wai Ora Aotearoa, commits the organisation and its partners to work together to strengthen New Zealanders’ bond with and understanding of the water. It’s the first time a sector-wide water safety strategy has been underpinned by a Māori worldview.

That’s an essential shift. Māori account for around 24% of annual drownings, while making up only around 14% of the population. And a Surf Lifesaving NZ report from earlier this year found that the numbers of drownings for Māori have worsened over the last 10 years. Between 2019 and 2020 the rate of Māori drownings exceeded the previous 10-year average by around 28%. Given that Māori have an inherent cultural and spiritual connection to water, it’s difficult for Phillips to reconcile this overrepresentation.

In many ways her research was a response to those high drowning rates for Māori, an attempt to dig deeper into the causes. Phillips suggests that alongside cultural practices that mean Māori participate in kai gathering activities like diving or fishing – encouraging them to spend more time in, on and around the water – a key problem is lack of research into water safety from a Māori perspective. Further, where Māori are mentioned in studies “it’s usually research about Māori and not actually understanding from the cultural lens,” Phillips says. “There are very few studies that chart Māori views and attitudes toward water safety.” 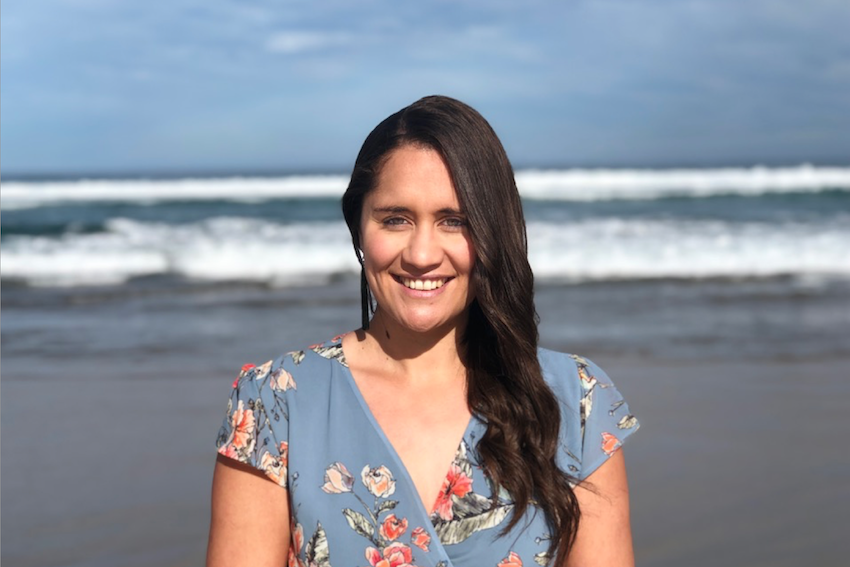 It was her mentor and supervisor, University of Otago associate professor Anne-Marie Jackson, who introduced Phillips to the idea of researching Māori water safety, the overrepresentation of Māori in drowning statistics and the lack of Māori perspectives in national water safety messaging. Jackson had supervised Phillips’ masters degree exploring the role of mahinga kai for Māori physical education and health.

Seeing the crossover between Māori water safety and Phillips’ interest in mahinga kai, in particular kai moana gathering, Jackson encouraged her to delve into the area. Māori water safety became the central focus of Phillips’ 2019 PhD, A Journey to belonging: Explorations of Māori Perspectives of Water Safety.

Out of her PhD came the Wai Puna model for Māori water safety, which now underpins Water Safety New Zealand’s sector strategy. Wai Puna is centred on a strengthened connection to water through whakapapa, mātauranga and tikanga. The model provides a foundation for understanding what water safety and drowning prevention looks like from a Māori perspective, reflecting the needs and knowledge of communities Phillips worked with throughout her research.

For this research, Phillips undertook surveys and korero tuku iho conversations with adults and rangatahi hapū members. Her engagement took her out of the confines of typical data collection methods and instead saw Phillips paddling down rivers with kids, facilitating wānanga, staying at marae and helping to teach day skipper courses – building whanaungatanga with the communities she worked with.

“While this is a model that’s got Dr Chanel Phillips in front of it, I know that it actually has come from all the people that have contributed to its creation,” she says. Whether its focus is rivers, lakes, streams or sea, her research has found that a strengthened connection with wai through whakapapa, mātauranga and tikanga improves water safety knowledge, attitudes and behaviour. This provides a holistic connection to water that goes beyond learning water safety skills alone.

For Māori, water safety is about a journey to belonging. Wai defines Māori identity as the overall source of being and hauora. Tribal identity is asserted in relation to waterways. The question “ko wai au” meaning “who am I”, literally translates as “which water am I?”.

Because of this connection, water safety for Māori is about understanding whakapapa links to wai, the mātauranga of our ancestors from their experiences with water, and the tikanga or practices that we have when we’re around water.

“That knowledge is actually what’s going to make us more respectful to water, it’s going to strengthen our connection to water, it helps with our identity,” Phillips says.

The Wai Puna model is intrinsically linked to Māori identity, but looking at water in this intimate way is tied to our national identity too.

“We’re an island nation so being able to identify ourselves through our island identity is also another way of adding to that water safety perspective”.

Phillips now co-leads a national Māori water safety project funded by the Health Research Council, ‘Tangaroa Ara Rau’, which focuses on traditional mātauranga from three communities in Otago, Waikato and Northland. Phillips and the team looked at the use of traditional oral narratives – pūrākau, mōteatea, whakataukī, karakia and pepeha – in these communities to help paint a broad picture of water safety practices for Māori collectively. They found that traditional systems of safety were woven into chants, songs, proverbs and more.


As a result of that work, the team is creating a Māori water safety programme based on Wai Puna which they hope to introduce throughout Aotearoa.

Looking back at her own childhood, Phillips now sees how elements of Māori water safety found their way into her family life.


“For us, our first connection to water was actually through mahinga kai, our traditional food gathering practices – that’s what I knew about the water. The safety measures within that you kind of took for granted,” she says.

Phillips’ father adopted practices passed down from his parents and grandparents to keep her and her five siblings safe around water. As the eldest girl, she’d often stay on the sand with her two youngest siblings and collect cockles from the shoreline. The others would go out diving for pipi with their dad. The roles were never static; everyone had their turn in the water. Parents, older children, babies and grandparents all had a part to play.

“Without even knowing it, there was this inherent, not only active, supervision happening,” she says.

“There’s so much richness and experience and expertise and knowledge in the way that we go about doing things as Māori. My research has always been about bringing that to the fore.”

What water safety looks like to Māori is vastly different to what it might look like for other communities in Aotearoa. Previously, education and programmes around water safety have neglected to tailor themselves to these cultural differences. If only just for this reason, having a Māori framework underpin a sector strategy signals an important cultural shift.

Already, small changes are signalling a new direction. While vision statements in the sector are usually morbid and focused on taglines like “no one drowns”, the new vision is “everyone connects to and enjoys the water safely” – a positive message of respectful engagement with water, rather than scaring people away from it.

The impact of colonisation, urbanisation, and changing social and whānau structures have transformed Māori relationships with wai. Those links with water aren’t gone though; they’re simply waiting to be found again. Wai Ora Aotearoa is a big part of that discovery process.

“We’re always going to have whakapapa, we know the mātauranga is in our blood,” says Phillips. “It’s just how we go about reconnecting with it and strengthening that connection.”

Yup, Queenstown is doing it tough. But this week I found it bubbling with life