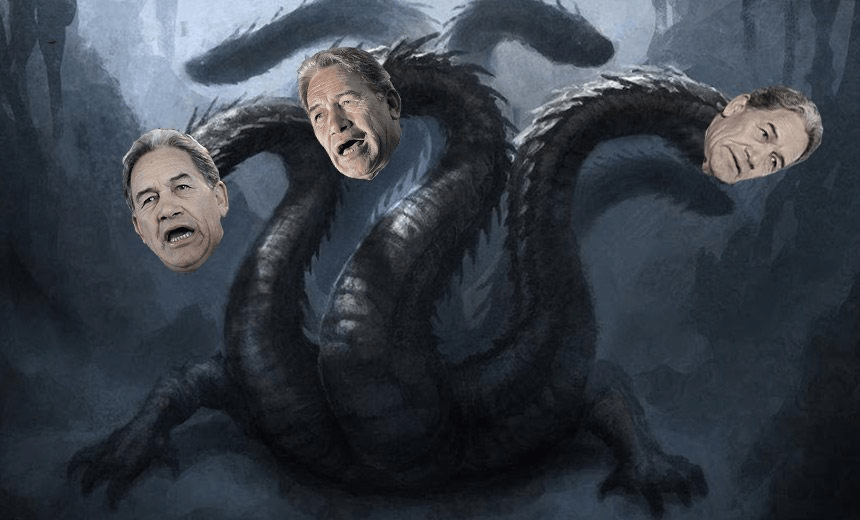 Kiwi challenge: Let’s not have a despicably racist immigration debate this time

The immigration debate is back and Karen Tay just has one plea: Can we not be hugely xenophobic?

The immigration debate in New Zealand is like the mythical sea monster Hydra. Even if chopped off at the neck, it’ll grow back, and bring extra heads to the party.

It rose up in 1881, when a “poll tax” was introduced on Chinese immigrants. Reared its head in 1997, when people cried out in fear over the “Asian Invasion“. Now it’s 2016, and – spurred by an out-of-control housing market – the dreaded debate has returned from its dark castle in the deep, determined to devour us in its racist jaws.

There’s no-one in the New Zealand political landscape more clued into this cycle than Winston Peters. Winnie is a charismatic man, an astute politician with a lot of street smarts and just enough book smarts to make his arguments sound knowledgeable, if not exactly logical.  He’s a man of the people (or so he would have you believe) – the hero of the hard-done-by white, middle class Pakeha. You know, the ones whose ancestors made this country great, and whose voices have in recent years been lost in a morass of PC whinging, inept governance and way, way too many of those foreigners with non-Pakeha surnames buying up Auckland houses and sending their shady money launderings back to Shanghai, or Mumbai or wherever.

If this all sounds over-the-top, here’s a Cadbury’s Favourites selection of a few recent Winston media quotes:

There is a frightening beauty to Winston’s tired old rhetoric, and danger in its simplicity. He speaks in soundbites – people like that sort of thing. Kiwis in general are fond of irreverence. We have a weakness for people who seem like they don’t give a damn what others think and are happy to say so loudly and often. I was in school in the 1990s when New Zealand First triumphantly rode a tidal wave of xenophobia and paranoia to emerge as kingmaker in a couple of elections.

It wasn’t a pretty period in the life of anyone Asian. New Zealand had just enough of that veneer of British politeness that very few people said things out loud when you were in the room, but there were little leaks everywhere. There was a lot of grumbling about Asian drivers, Asians speaking their own language and not making the effort to fit in, parts of Auckland turning into mini Chinatowns, shop signage in different languages, rich Asians buying up mansions in Howick, Asian accents being hard to understand, schools not coping with an influx of non-native English speakers, etc. Sound familiar?

Like Hydra, Winston and NZ First have been biding their time in their undersea cavern. The 2000s were slightly better years to be Asian. NZ embraced globalisation through the rise of the internet, even if somewhat reluctantly. Cheap airfares to Asia brought a better understanding of the region to middle New Zealand. Kiwis liked our dumplings. Middle NZ happily swapped sandwiches for sushi and went out for yum cha breakfasts and Thai dinners instead of eating spuds and Sunday roast.

That’s not my line, by the way. It was first relayed to me by a Pakistani taxi driver over a decade ago, as I was taking the cab home after a night out with friends at the student pub. And as I examine that statement now, I can feel the truth of it still. The changes have only been skin deep. It’s like we’re all stuck at a bad dinner party, with no-one actually comfortable enough to speak their minds out loud to the entire room. Then along comes Winston, savior of the white middle classes and the greybeards, saying what “we all think but don’t say out loud”. No wonder the guy is getting votes again.

There is no doubt that there is a housing crisis in Auckland. There is even very little doubt that NZ is struggling to cope in terms of infrastructure and good settlement and social policies when it comes to immigration. But to blame it all on Asians – or more specifically, the Chinese, as evidenced by the recent backlash against Chinese immigrants, to the point where other Asians including ethnic Chinese from other parts of the world are being pitched against mainland Chinese – is disingenuous. It is society at its worst, ugliest, tail-biting self.

It’s always been easy to blame the yellow peril for society’s ills. Asians are sitting ducks. We look different (or all the same, depending on who you speak to). We speak different languages, dress differently, have different manners and morals to mainstream Western culture, don’t assimilate well…the list goes on. The Asian eye shape has been criticised for making us look shifty, cunning, or enigmatic. I’ve even been asked if I can see properly because of the shape of my eyes, or if it means my vision is cut off at the top. Asians with darker skins, like Indians, are dismissed as dairy owners or curry chefs. The Asians are coming, and we want to take over everything and turn New Zealand into an annex of China/Taiwan/Korea/Indonesia. Except…it’s a myth.

Here is the truth of the matter: we’re all just like everyone else. There are good Asians, bad Asians, lazy Asians, evil Asians, even (yes) racist Asians. We have socialists, capitalists, liberals and people who can’t be bothered with politics because they don’t see how it makes a difference. We are mainstream New Zealand, just minus the British ancestry.

Make no mistake about it, if NZ limits Asian immigration – which is what Winston is suggesting, he just isn’t prepared to say those exact words because he knows how it sounds and Winnie always likes to leave himself an escape route – then we have failed as a society.

The truth is, I am writing this because I’m tired. I’m tired of being seen as the representative of my people because of my race. I’m tired of having Pakeha shopkeepers in certain areas and of a certain generation either ignore me, or speak slowly to me before I open my mouth because they assume I don’t speak English. I’m tired of society’s perception of us as the model minority. I’m tired of angry white men stopping my car in the street to shout at me and tell me to go back home (yes, it happened…and this year too). I’m tired of carrying the burden of society’s collective anger because of the race I was born into and did not choose.

We live in a world that is much changed from what it was like even 50 years ago. Chinese don’t pay poll taxes. People are free to marry who they like without being accused of miscegenation. Yet the ugly underbelly of NZ politics, the xenophobia, the “us” against “them” mentality cultivated by those who are the most privileged in so many ways (and therefore with the most to lose) has not changed.

The revolution has to start somewhere. So let it begin here: with a vow not to lose sight of the real issues – war, poverty, climate change, social inequality. Because it isn’t about whether the person who bought dear old Mrs Jones down the road’s house has a foreign surname or calls the kids in for dinner in a different tongue. It isn’t about Asian triads, or conspiracy theories about money laundering or stereotypes about Asians being good at Maths and not much else. It’s about building the kind of world we can all tolerate, and where we’re not all fighting for scraps like cats and dogs. Black, white, brown, olive, yellow, tan – the revolution has to start with us. Or what’s it all for?