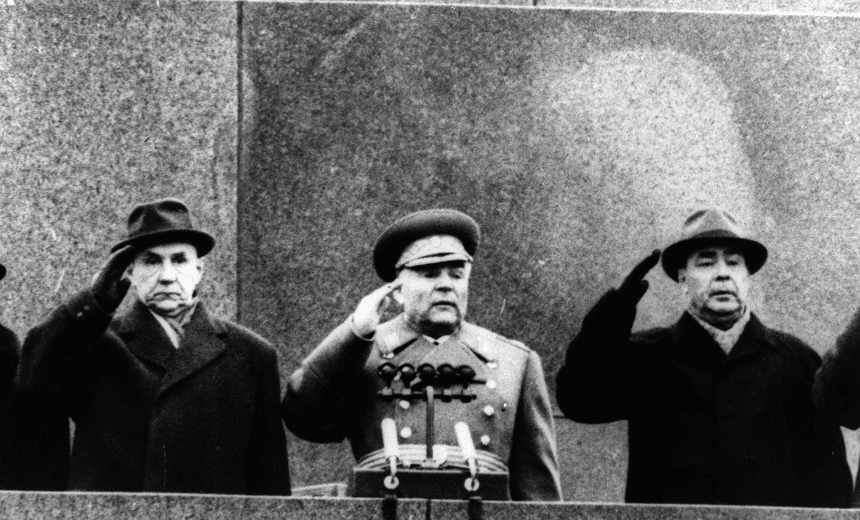 In which Julian Barnes toddles along on an intellectual daytrip

Guy Somerset takes on the new novel by Julian Barnes.

Martin, Ian, Julian – those Brits, how they like to dabble in Eastern Europe. For the most part, it’s been reviewing the latest Bohumil Hrabal or Ivan Klima in one of the weekend newspapers or an approving nod to Milan Kundera or Josef Skvorecky in their books of the year. But sometimes … sometimes only writing your own East European novel will do: House of Meetings by Amis, not to mention his Koba the Dread polemic about Joseph Stalin and Holocaust fictions The Zone of Interest and Time’s Arrow; The Innocent by McEwan; and The Porcupine by Barnes, to which he now adds The Noise of Time, about Soviet-era Russian composer Dmitri Shostakovich.

In biographies, on stage and in fiction, Shostakovich, and the extent to which he did or did not surrender his integrity to Stalin and his other Communist masters, has long been a lightning rod for Western intellectuals and their anxieties about the conduct of an artist and the sanctity of art. Barnes’s take on him, although ostensibly a novel, is from that elevated essayistic vantage point familiar to readers of his last book, Levels of Life. Barnes has long since abandoned knuckling down to the nitty-gritty of narrative. Even his Man Booker Prize winner The Sense of an Ending was more an extended affect than a robustly realised story. Nor is characterisation Barnes’s thing. He’s not one to get under the skin of his characters. You’d barely know they had skin. Or bodies at all. For Barnes, it’s all about the teasing out of ideas. He’s a novelist of the cerebral not the corporeal. Only he could have a protagonist wanking into a hand basin (The Sense of an Ending’s Tony Webster) and it not feel remotely visceral.

East European history does the heavy lifting for a writer. The stakes are immediately raised; the imagination is given a free pass. What’s the point of trying to compete with recorded reality? You might find crevices to poke around in (and it’s in the crevices that great fiction is cemented), but the big stuff – it’s there already; you don’t have to conjure it out of thin air.

Spared the conjuring – wasn’t the ultimate failing of The Sense of an Ending that in the end the stakes were so low? – Barnes charts “the despoiling of a man’s soul” (“a man crushed into a hundred pieces of rubble, vainly trying to remember how they – he – had once fitted together”) with the brilliance of mind and style that will always be bait for us despite disappointments on other scores.

The Noise of Time is in three sections. Each is anchored at a different point in Shostakovich’s life (1906–1975) but roams through the years and his various compromises and capitulations as he negotiates power on the one hand and his conscience on the other, falling in and out of favour, played with by the authorities like a cat with a mouse. The question being how meek a mouse? (Barnes, being Barnes, has a much better animal analogy: “Life was the cat that dragged the parrot downstairs by its tail; his head banged against every step.”)

The book’s first section is set in 1937, after Shostakovich’s opera Lady Macbeth of Mtensk has been vilified as anti-Soviet “muddle instead of music” and he waits each night on the landing by the lift outside his Leningrad apartment, expecting to be carted off to the Big House (and then beyond, to either a bullet in the head or the labour camps), hoping his preparedness will deflect attention from his sleeping family.

Next it is 1949 and Shostakovich is on a plane to the Cultural and Scientific Congress for World Peace in New York, where as a Soviet representative he will mouth approved platitudes in speeches written on his behalf (just as articles are written on his behalf), and most controversially he will be caught in the position of having to support the recent Soviet condemnation of Igor Stravinsky, a composer he in fact reveres.

In the last section, in the early 1970s towards the end of his life, Shostakovich reflects on the final erosions of his soul, beginning with his 1960 joining of the Communist Party so, under pressure, he can be appointed General Secretary of the Composers’ Union.

Craven coward or strategic ironist? Or somewhere in that fathomless grey zone in between? Barnes turns and turns again the various aspects so as to contemplate every possibility and implication, distilling vast swathes of observation and conjecture into a trim tragedy of just 180 pages.

He allows Shostakovich – and perhaps himself – to wrestle with the very concepts of courage and cowardice in a society saturated with absurdism, paradox and oxymoron: “it was not simple even when it was clear.”

Shostakovich and Barnes also wrestle with the limits of irony – the great defence that over the years has been made on the composer’s behalf: “you cannot sign letters while holding your nose or crossing your fingers behind your back, trusting that others will guess you do not mean it.”

The same could be said for the music. “There could be a smugness to irony, as there could be a complacency to protest. A farm boy throws an apple at a passing, chauffeur-driven car. A drunken beggar pulls down his trousers and bares his bottom to respectable folk. A distinguished Soviet composer inserts subtle mockery into a symphony or a string quartet. Was there a difference, either in motive, or in effect?”

Still, irony does have it uses:

… it was not easy being a coward. Being a hero was much easier than being a coward. To be a hero, you only had to be brave for a moment – when you took out the gun, threw the bomb, pressed the detonator, did away with the tyrant, and with yourself as well. But to be a coward was to embark on a career that lasted a lifetime. You couldn’t ever relax. You had to anticipate the next occasion when you would have to make excuses for yourself, dither, cringe, reacquaint yourself with the taste of rubber boots and the state of your own fallen, abject character. Being a coward required pertinacity, persistence, a refusal to change – which made it, in a way, a kind of courage. He smiled to himself and lit another cigarette. The pleasure of irony had not deserted him.

Presuming the pleasure of irony hasn’t deserted Barnes either, he will appreciate how, for all the perspicacity of paragraphs like that (a perspicacity that can find room for a word like pertinacity), The Noise of Time remains hamstrung for many of us by the fact we’ve read about these themes before, in novels that did get under the skin of their characters – those of Hrabal, Klima, Kundera, Skvorecky and the other East European writers Barnes, McEwan and Amis have pressed upon us. Writers for whom it was their lives and not just an intellectual day trip.

The Noise of Time by Julian Barnes (Jonathan Cape, $38) is available at Unity Books.