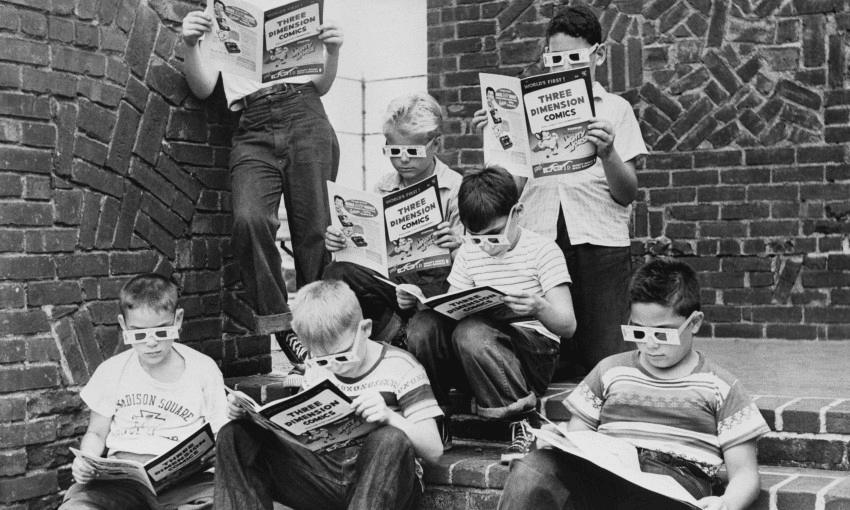 The Unity children’s bestseller chart for the month of September

A ginormous hardback absolutely heaving with cuteness, eg a kākāpo carrying a kapu rangaranga (takeaway cup) and a kiwi hiding in a pair of kamupūtu (gummies).

Tintin but in Lyttelton, reckoned Toby Morris. “The story is fantastic – there’s a town with secrets, sea creatures, an overbearing mayor, and a whiff of the supernatural in the air.”

A charmer but a wee bit controversh due to its ending, as summarised by Wikipedia: “He accuses the rabbit of stealing his hat. After a page turn, we see the bear sitting on a rustled patch of ground, wearing the red pointy hat. A squirrel enters and asks the bear if he’s seen a rabbit wearing a hat. The bear answers negatively and defensively, implying he ate the rabbit and ending with ‘Don’t ask me any more questions’. The squirrel exits, leaving the hatted bear sitting alone.”

“I was struck by how simple you could make the language around this difficult subject. We overcomplicate things as adults, our judgement gets clouded by guilt and prejudice.” – Ātea editor Leonie Hayden, when the School Journal first published this work.

“In Mophead Tu, Selina is crowned Commonwealth Poet and invited to perform for the Queen in Westminster Abbey. But when someone at work calls her a ‘sellout’, Selina starts doubting herself. Can she stand with her people who struggled against the Queen … and still serve the Queen?

From the sinking islands in the South Seas to the smoggy streets of London, Mophead Tu: The Queen’s Poem is a hilariously thought-provoking take on colonial histories and one poet’s journey to bridge the divide.”

Via Text: “Identical twin sisters Summer and Winter live alone on a remote island, sheltered from a destroyed world. They survive on rations stockpiled by their father and spend their days deep in their mother’s collection of classic literature – until a mysterious stranger upends their carefully constructed reality.”

A simple, striking new board book that we predict will be in every ECE in the country soon – it ties into certain curriculum strands beautifully, but more than that: it’s a book that builds kids up.

For 13 to 36+ years, quipped Unity Wellington in this month’s email. Clearly a dig at our dorkiness, but also, accurate. (Edward forever!)

An investment piece. Except it’s actually quite cheap!

From the creators of Aroha’s Way.

A prequel to the most excellent Hunger Games.