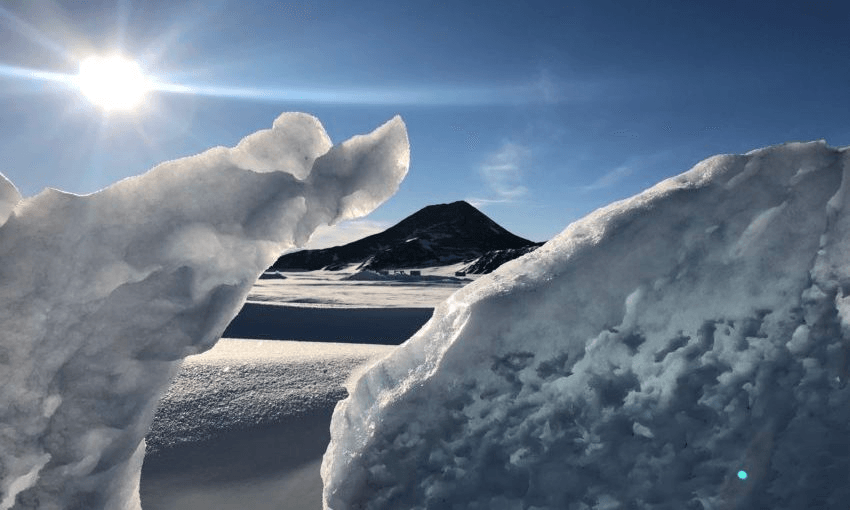 ‘The country we have is already a ghost’: On stories, and hope, and climate change

By Jeff Murray
Guest writer
Made possible by

Ahead of his appearance at the Going West Festival, author Jeff Murray insists the stories we tell ourselves – and each other – will make all the difference in how we cope with climate change.

“I a Koro Meketanara tētahi pāmu – TI-HAI-TI-HAI-HAU . . .” I read Old Macdonald Had A Farm to my almost-three-year-old grandson. We sing through our pastoral heritage while in the news that heritage has become a climate battle ground.

I was raised on a dairy farm and I wonder at the narrative transition that has occurred since that land was sold nearly 30 years ago. Now I live in an apartment in the centre of Auckland. I walk to work past an ever-growing number of people sleeping on the street. From a quintessential Pākehā upbringing to an urban life with a family that includes Māori and Pasifika bonds, all embodied in my grandson.

He will live through the turmoil of climate change. He will be part of the generation of adults that will need to decide whether to offer refuge to some of the hundreds of millions of people expected to be cast out of their homes by climate inaction. He might also be part of the generation of New Zealanders who face a second colonisation as powerful nations use our country as a point of access to Antarctica.

In my novel Melt Vai Shuster seeks refuge in New Zealand for herself and her community. Her home island in the Pacific is destroyed by rising seas and storms. We are heading past two degrees of climate change and Antarctica is melting. Powerful nations are seeking to access the continent, taking New Zealand as a launch pad. Pacific Island communities are seeking refuge with us. This is the plausible platform I build to open a discussion of what we might do and how we might react if our proximity to Antarctica pushes us from the periphery to a central role in climate change.

Already I see this scenario playing out in the Arctic. Vast areas that were difficult to exploit are opening up and powerful nations are gathering to claim the spoils. Antarctica is twice the size of Australia and there are no secure claims to ownership. It is the last great prize on earth.

Melt is set in 2048 when the moratorium on mining Antarctica comes up for review. My grandson will be a young man and, if I’m still around, I will be an old man. I want to talk to him about what we did to mitigate the crises he faces (too late to halt it all). I want to tell him that the government passed powerful legislation and used that to build a funded programme of action that we delivered on. But beyond cattle, trees and transport, I want to tell him that we talked about people and communities and emphasised our bonds of unity across nations.

I want him to live in a country that has a shared narrative emphasising both the unity and diversity of people. A narrative my grandson can stand on and agree with his fellow New Zealanders that yes, we will take on board many climate refugees. To give him this gift we need to understand our relative good fortune and accept that we will be something of a life raft in the ocean of climate chaos that is in front of us. So that he can avoid being dragged into a battle with nationalists that would leave his Pacific whānau to drown we need to begin narrating to each other that our links of whakapapa are essential and trans-national.

After the Canterbury earthquakes and shooting we stood as one community because that is who we are in our hearts and because we have a shared narrative of nationhood. As climate change unfolds we will need to go beyond national boundaries. These will be inadequate.

We also need to talk about sacrifice. What if we can only hold climate change at under two degrees by living relatively poorly?

In order to maintain unity in the drive to confront climate change we have been hazy on the costs and who will bear them. There is an underlying climate response narrative that says: we can decarbonise the economy and live well. But there is a parallel narrative that says we can’t. As we move to nail down a funded programme of action that haze will have to lift.

I will be as relieved as anyone if the haze lifts and reveals a sunny upland of sustainable prosperity, an easy segue from carbon to solar and wind. But if that isn’t the case we still need to be willing to move at scale and pace. We need to begin narrating to each other that we will tackle climate change at scale and pace even if it costs us, to live more poorly and distribute wealth more evenly. Because, when called upon, that’s what adults do for their grandchildren. That’s where love leads us.

In my novel I drop in a sketch of Winston Churchill turning to older people who fought and served in the Great War. He’s asking them to agree to send their children to the second war, to agree to sacrifice for their grandchildren and the generations to follow. The people he turns to know what he is asking; they’ve fought and suffered already.

At this point we’re not confronting war, but we might be confronting sacrifice. If a well-developed, funded programme of action makes it transparent that we can only hold climate change through sacrifice, we need to be ready to agree. We need to discuss this now, if we’re to be ready. We need to talk about the enormity of the crime we would visit upon our grandchildren if we refused to step up to the challenge and we need to discuss openly the sacrifices we should make.

There is a path for us to minimise the damage from climate change. But it is too late to avoid the displacement of millions. This is already on us. I mourn for the lightly populated, beach easy country we have, but it is already a ghost. We need a new story.

Jeff Murray will be in conversation with Neville Peat and Phil Vine at the Going West Festival in Titirangi on Sunday 8 September. The festival starts this Friday and runs through to Sunday 15 September. goingwestfest.co.nz