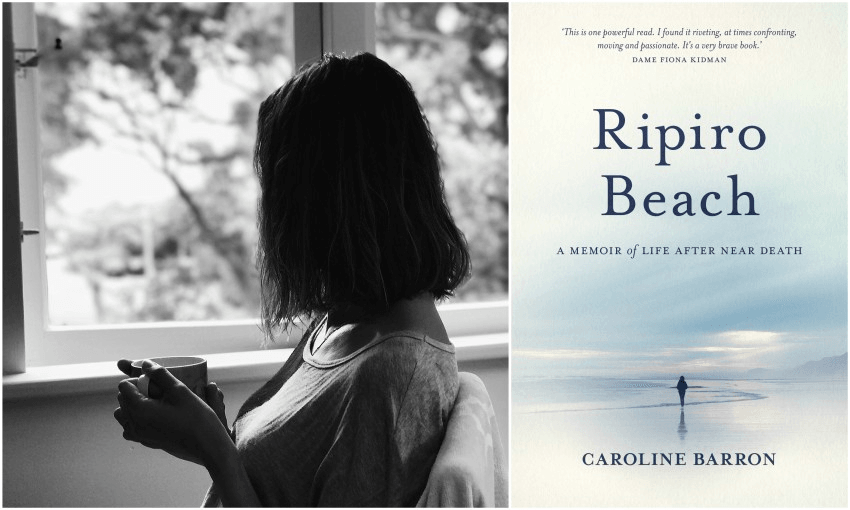 Caroline Barron in the kitchen of the family bach, 2017; her memoir Ripiro Beach. (Photo: Supplied)

15 memoirs to help heal the soul

By Caroline Barron
Guest writer
Made possible by

Caroline Barron in the kitchen of the family bach, 2017; her memoir Ripiro Beach. (Photo: Supplied)

Auckland writer Caroline Barron has a terrific book out today called Ripiro Beach: A Memoir of Life After Near Death. Here, she writes about the memoirs that have been a balm, a lesson, or both.

Throughout my life, I’ve sought solace between the covers of books, particularly memoirs. There, I’ve learnt how to take the next step, draw the next breath, recall the startling beauty of life. On this list, which is no particular order, you’ll find a memoir prescription for whatever ails you.

For those in need of courage and inspiration: At the End of Darwin Road: A Memoir by Dame Fiona Kidman (Random House, 2008)

This is the story of Kidman’s early life, tracing a line from the scented orange groves at their Kerikeri property, to similarly-scented Menton in France. We witness Kidman embracing her difference as she comes to understand who she is, and the power of her words.

“All my life I will be shaped by that separation, and the journey to the north, taken in a slow train, in the company of my mother.”

Brave, powerful, shocking. Westover escapes her violent, scrap metalling, doomsayer, survivalist Mormon family in Idaho for college. How we rewrite our memories to fit our image of ourselves, or to hide our truths.

“My life was narrated for me by others. Their voices were forceful, emphatic, absolute. It had never occurred to me that my voice might be as strong as theirs.”

Oh, take me to 1920s Paris! Have me sit around a table with Hemingway, Alice B. Toklas, Scott and Zelda Fitzgerald, and Gerald and Sara Murphy (my daughter’s middle name is Fitzgerald).

“If you are lucky enough to have lived in Paris as a young man, then wherever you go for the rest of your life, it stays with you, for Paris is a moveable feast.”

For those struggling to balance parenthood with creativity: A Death in the Family by Karl Ove Knausgård (Vintage, 2013)

Knausgård, who I may or may not have been slightly starstruck by, said to me when he was here for the 2018 Auckland Writers Festival: “Remember the closer you go to yourself, the more universal it becomes.” Ripiro Beach would have been a very different book without his wise advice.

“And when what has kept me going for the whole of my adult life, the ambition to write something exceptional one day, is threatened in this way my one thought, which gnaws at me like a rat, is that I have to escape.”

For those in need of hope and cultural understanding: Mihipeka: Early Years by Mihi Edwards (Penguin, 1990)

Mihi Edwards lived with her grandparents. When they died, she set out to find a new life, imitating the Pākehā dress, speech, and way of life in order to fit in. She wrote this, the first of a memoir trilogy, as an elderly rangatira looking back on her life. This one should be taught in high schools.

For melancholia, or those struggling to live in the moment: I Am, I Am, I Am: Seventeen Brushes with Death by Maggie O’Farrell (Tinder Press, 2017)

One of my all-time favourite novelists hits it out of the park with her memoir, which is structured around 17 instances she nearly, or could have, died. Intimate and intelligent.

“We are, all of us, wandering about in a state of oblivion, borrowing our time, seizing our days, escaping our fates, slipping through loopholes, unaware of when the axe may fall.”

For those feeling hard done by: Testament of Youth by Vera Brittain (Victor Gallancz, 1933)

You ain’t seen nothing compared to Vera. Read this to understand the devastating psychological and life impact of war on a woman’s life.

“Even War must end some time, and perhaps if we are alive in three or four years’ time, we may recover the hidden childhood again and find that after all the dust and ashes which covered it haven’t spoilt it much.”

For those weighed down with family secrets: Towards the Mountain by Sarah Myles (Allen & Unwin, 2019)

Haunted by the memory of the night her grandfather’s plane plunged into the Mount Erebus snow in 1979, Sarah Myles turns detective and thoughtfully, sensitively, unfurls Frank’s – and in turn her own – story and psyche.

“I started this research because I wanted to learn more about my grandfather, but I never expected to uncover truths that were awkward and weighty and painful.”

A rich evocation of Nabokov’s early life, and the interconnectedness of generations.

“Neither in environment nor in heredity can I find the exact instrument that fashioned me, the anonymous roller that pressed upon my life a certain intricate watermark whose unique design becomes visible when the lamp of art is made to shine through life’s foolscap.”

For feelings of social exclusion, homesickness: To the Is-Land: An Autobiography by Janet Frame (George Braziller, 1982)

Reading Frame is like coming home – walking through paddocks in bare feet, over the stile and to the house, where Dad is doing the crossword in front of the fire. A seminal Aotearoa memoir.

“From the first place of liquid darkness, within the second place of air and light, I set down the following record with its mixture of fact and truths and memories of truths and its direction always toward the Third Place, where the starting point is myth.”

For fear and inertia: In the Dream House by Carmen Maria Machado (Graywolf Press, 2019)

Machado’s in an abusive relationship with another woman while studying for her MFA at the Iowa Writers’ Workshop. With its unique structure, it’s an intelligent and humorous read.

“Your back starts to hurt, and your feet, and a doctor says to you, direly, that you need to lose weight. You bawl your eyes out and miss the punch line entirely: the weight you need to lose is 105 pounds and blonde and sitting in the waiting room with an annoyed expression on her face.”

For transgenerational trauma: Driving to Treblinka: A long search for a lost father by Diana Wichtel (Awa Press, 2017)

Ockham Award-winning memoir of Wichtel’s search to learn the truth of her father’s demise, and a fascinating look at 1960s New Zealand through the eyes of a teenage immigrant.

“You can search forever and never fully know what happened. The dead are entitled to keep their secrets.”

For ethical chaos: Can You Ever Forgive Me? Memoirs of a Literary Forger by Lee Israel (Simon & Schuster, 2008)

“I was going on trial as people were still making a great deal of money from the fruits of my labor.”

For loneliness, or a creative funk: My Father’s Island: A Memoir by Adam Dudding (Victoria University Press, 2016)

The story of one of Aotearoa’s greatest literary editors, Robin Dudding, written by his son Adam (with his trademark sassy humour). A romp through our literary history, as well as a portrait of the ramshackle bohemia of this large North Shore family.

“He had a knack for reading people, no question. In the same way that he could spot a typo in a sentence or a false note in a poem, he had a knack for noticing people’s weak spots – their hypocrisies, their intellectual failings, their physical imperfections.”

For antipathy: Dust Tracks on a Road by Zora Neale Hurston (Lippincott, 1942)

Black anthropologist, artist and champion of the black experience, Hurston reveals her poignant, gutsy, unapologetic rise from childhood poverty in the rural South to the Harlem Renaissance.

“There is something about poverty that smells like death. Dead dreams dropping off the heart like leaves in a dry season and rotting around the feet; impulses smothered too long in the fetid air of underground caves. The soul lives in a sickly air.”

Ripiro Beach: A Memoir of Life After Near Death by Caroline Barron (Bateman, $34.99) is available from Unity Books.