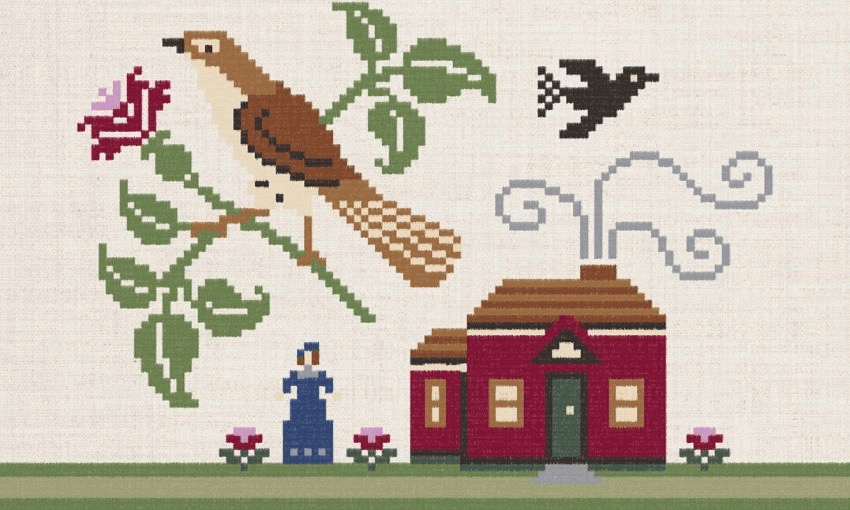 Cover art from The Reed Warbler, by Ian Wedde. (Design by Keely O’Shannessy)

Cover art from The Reed Warbler, by Ian Wedde. (Design by Keely O’Shannessy)

An independent, sensuous life unfolds in hundreds of brightly-lit scenes.

I first heard of Ian Wedde in the 1960s, through his poetry. It was a jolt. Wasn’t verse supposed to be runic and remote? This guy was chatting to you! OK, chatting in a voice that was colloquial yet innovative; expansive and technically virtuosic, but basically treating the reader as someone over the fence. Disturbingly subversive.

His fiction has been the same. Simply by thinking in a new direction, you could enlarge the world – as Allen Curnow meant to say – and Wedde’s novels have upset time (plus some critics), rearranged geography, shifted language in new directions.

This one is substantial physically (624 pages: why am I bothering you with that?) as well as in literary terms, with a stadium-sized, niftily-managed cast, that even finds room for Comrade Friedrich Engels.

There’s a family tree – family grove, rather – including “the flutterer” and “the bastard”, which you’ll need to keep bookmarked. A story to lower yourself into, like the best of big 19th century fiction (so there’s another new direction for the author), to wallow and wonder.

It’s the 1870s. Violated by a seigneurial swine, pregnant, exiled and sullied at 17, Josephina’s chances of survival, let alone happiness, seem minimal. But like the migratory bird of the book’s title and endearing cover (designed by Keely O’Shannessy), which is stitched on the sampler she carries everywhere, she endures, even flourishes, during the eight decades of her glowingly independent, sensuous life.

That life, and many, many others in the generations after, are counterpointed by two 21st century descendants and “best cousins”, bickering their way towards reconciliation. So the novel constantly steps between pasts and present, in hundreds of small scenes, each lit as brightly as an opera stage.

All is not revealed, which is often a mark of quality fiction. There are enigmas and discoveries. A son slips from sight; one of those best cousins stays significantly silent; strangers are startlingly kind or cold. And who the hell is the enigmatic WB?

It’s as event-crammed as any airport novel. Come at me not, Wedde fans, because it’s also far more resonant. With its complex characters and the filaments among them, plus the rich, diverse (and very occasionally baroque) language, from discovered diary to Kiwi expletives, German verse, Theodora’s Victorian sonorities, the rush of eight-year-old Aggie: “Our dog curly dide, we are all very sad.”

“I like to quest about like a dog backtracking,” Wedde has written elsewhere, and that’s part of this narrative’s thrust and energy. The very first pages blend inscribed German with demotic Kiwi – and find room for a quote from Denis Glover.

I’m probably giving The Reed Warbler some sort of death kiss, but Honest Dave suggests you lay a few bucks on its presence in next year’s Ockham Awards.