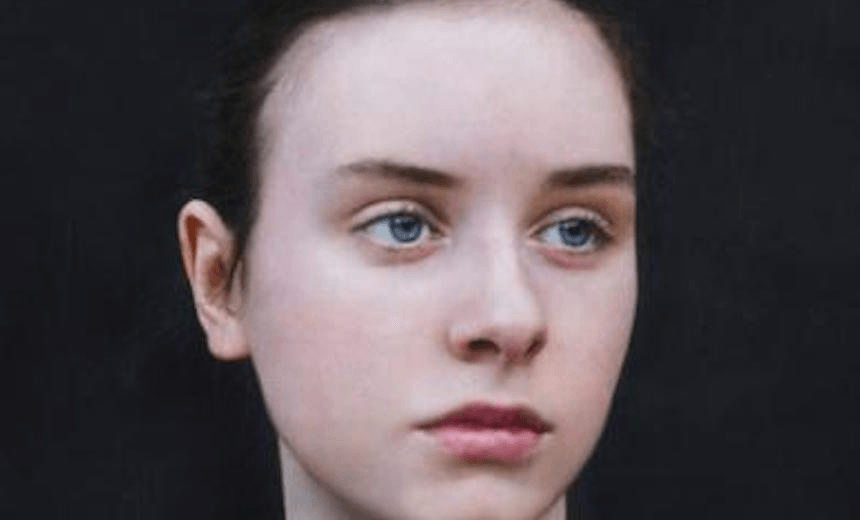 Book of the Week: Sarah Laing on ‘the kind of novel I don’t like to read – the one in which terrible things happen to children’

By Sarah Laing
Guest writer
Made possible by

I left this book lying around decoratively before I read it. I snapped a picture and posted it on Instagram. It had such a beautiful cover – an adolescent girl who might have escaped from a Vermeer painting, and lost her pearl earring on the way. She floats in velvety blackness, a cat’s eye at the bottom of a rockpool. By the time I finished it, the cover was finger-marked, the black not so velvety, more greasy. Perhaps more true to the girl it’s meant to represent.

I read the first 50 pages quickly, primed for something terrible to happen. We’ve been warned in the blurb: “But one day, [Adam] receives a call from his daughter’s school to inform him that, for no apparent reason, fifteen-year-old Miriam has collapsed and stopped breathing.” This was the kind of book that I didn’t like to read – the one in which terrible things happen to children. When someone knocked on the door, I assumed it was the police. But it was one of the school mums. “Are you okay?” she asked, passing me my daughter’s bag. “Why do you look so worried?”

I told her about the book.

“Violet’s fine – I dropped her off at gym. I think you can write in your review that it’s affecting you.”

The funny thing is, the worst doesn’t happen. Miriam doesn’t die, but the possibility that she might have another anaphylactic episode is what drives the narrative. A sense of impending doom is one of the symptoms, but we all get that, anaphylactic or not. Adam, the primary caregiver, loads the dishwasher, folds the washing, bakes cakes and prepares organic meals whilst the BBC talks of tragedy in Syria, in Gaza, in places where people die every day. A writer and contract lecturer, he thinks about the destruction of the Coventry cathedral during the Blitz, and all the people who were in the wrong place when the bombs were dropped, entombed in their air raid shelters as the city burned. He worries that Miriam’s anaphylaxis might happen again, that it might be genetic, that he can’t let his daughter, on the cusp of adulthood, out of his sight in case she collapses. He nags her about her EpiPen and her Medical ID bracelet. He tries to stop nagging her, knowing that she’s old enough, that he must allow her to move through the world freely.

In some ways Adam’s anxiety is irritating. Moss has evoked it so convincingly that it’s seeped into my metabolism. It’s not a state that makes me smile in recognition; instead it summons a worry harmonic. I’m so used to shutting down my own inner voice of anxiety that I find myself wishing Adam would shut up too. Certainly his baking of cakes and ironing annoys me. How does he get to be such a great housekeeper and write books and teach, albeit part-time, paid by the hour? I never iron, and cakes are only for birthdays. Would a dad really be so careful about feeding his children organic whole foods and not letting them eat chips, I think, and then wonder if I’m being sexist. Is Adam – a good, kind, decent man, an exemplar of the house husband – irritating me because of my prejudices or because I’m feeling threatened? Probably both.

Also, the former child diabetic in me wants him to stop fretting. She’ll be fine, Adam! If it happens again she knows what to do! Que sera sera! I want to believe in children’s toughness, their resilience. Adam’s fear is entirely justified – Miriam had been dead for four minutes, and hospitalised for weeks, undergoing a battery of inconclusive tests. But perhaps because his fretfulness so mirrors my own, I find it all the more annoying. Haven’t I too gone and checked to make sure the children are still breathing in the middle of the night, almost waking them up? Haven’t I imagined them drowning when, for a moment, I can’t distinguish their dark otter heads from other children’s?

“Or maybe they’re clichés because they further the interests of global capitalism, like convincing people that buying and selling property is the key to happiness and that better people own more land”, she replies. She has numerous responses of such ilk – her mother, an overworked NHS doctor, calls her a Marxist, and it’s great to see such a politically engaged teenager, when the doom-and-gloomers would have you believe that all young women think about is makeup and Snapchat. The sparring, push-pull relationship that teenagers have with their parents is so wonderfully evoked, and now Adam’s grateful for her spikiness, as it reassures him that her four minutes without a heartbeat didn’t injure her brain.

Thankfully we are not always mired in Adam’s anxiety – Moss is a skilled story weaver, and the short chapters with their clever lowercase titles are different coloured threads, interlacing stories from other times. The novel begins with a creation myth of sorts, a fast-forwarding of Miriam’s existence from comma to tadpole to a toddler in a park full of purple crocuses, to a small girl swimming in the sea off the island of Kalymnos. It’s a medical history presented in the form of a fairy tale. The age of 15 is resonant – it’s when Sleeping Beauty pricked herself with a spindle and fell to sleep for a hundred years. I was breathless in admiration.

I also was intrigued by the story of the destruction and reconstruction of the cathedral of Coventry, and its tale of radical architects, Norwegian engineers, and a family of weavers making the huge tapestries on a loom 500 years old. We are told of Adam’s father, American son of Jewish emigrés, travelling through the communes of the sixties in search of a new way of life. Then there’s Adam’s mother, swimming on the coast of Cornwall, perhaps a selkie who found her skin and returned to her seal family.

So, I would say, ignore my irritation. This is a fine and beautiful book. Sarah Moss writes with precision and elegance. She gets inside your head, under your skin, and if sometimes that causes you to break out in a rash, that’s merely a physical manifestation of the power that The Tidal Zone has.

The Tidal Zone (Granta, $32.99) by Sarah Moss is available at Unity Books.