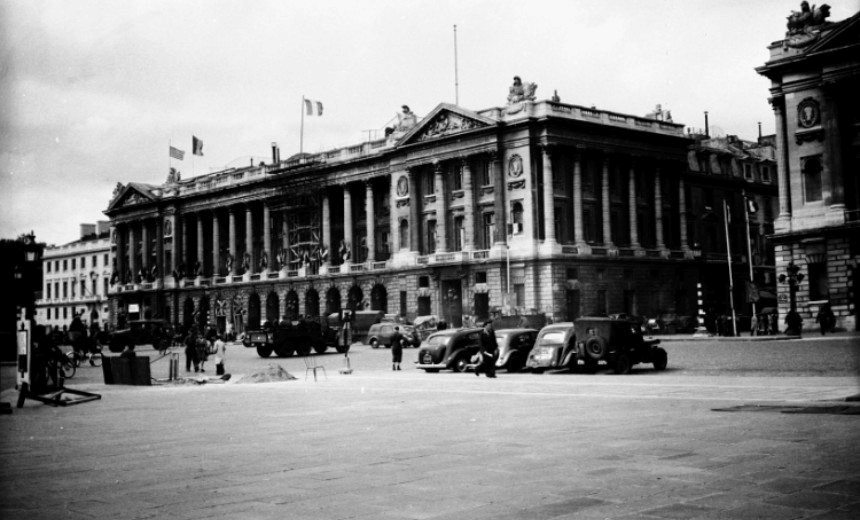 The Spinoff Review of Books best book of 2016: Les Parisiennes, by Anne Sebba

You’d like to think that if the barbarians did come through the gate, you’d at the very least make it clear you didn’t welcome them. You’d even hope, that given the usual continuum – collaborating, getting on with them as best you could without compromising yourself, being pleasant but unavailable, being slightly rude, being very cross, being downright aggressive – you’d be at this end of it, having your fingernails extracted but still not telling where the British airman, the Jewish child, is hiding.

Courage is a lovely concept but especially attractive when it’s an idea as opposed to a necessary reality. Anne Sebba’s fabulous book, Les Parisiennes, sets out to show in a remarkably non-judgmental way, how the women of Paris acted when faced with German occupation in WW2, and perhaps even more interestingly, how they behaved in the years immediately following. In her non-fiction, Sebba is an astute witness to awkward situations. As a biographer, she’s taken on an interesting range of women, from Laura Ashley to Mother Theresa, from Jennie Churchill to Wallis Simpson. She’s an immensely readable biographer, not given to footnoting, not prone to that awful tendency some biographers have to extrapolate about how their subject felt at a given moment. She’s a writer of meandering sentences which sometimes require re-reading but she is always interesting. She’s also helpful – at the end there’s a 6-page “cast list”, particularly useful when a good number of the people she’s writing about recur.

As a baby boomer, I’ve always been fascinated by the human side of World War 2, always more interested in the Violette Szabos and Odette Churchills than the plans to take the Rhine. This book then, which refers to the lives of hundreds of women, is perfect for the likes of me. Sebba has the knack of telling you about people you’ve heard of already – Coco Chanel, for example, just moved into a suite at the Ritz for the duration. She was nearly 60 but clearly had looked after herself well, and was soon “openly consorting with Baron Hans Gunter von Dinklage, a tall, blond and handsome German officer in the German Military Intelligence.” Sartre and de Beauvoir exercised a certain amount of discretion to stay safe. Sebba also tells you about many people you’ve never heard of. And a lot about what happened to them you really wish you didn’t have to know.

The book is neatly divided into evocatively named sections. PART ONE: WAR is subdivided into a year by year account: Paris on the Edge; Paris Abandoned; Paris Divided; Paris Ravaged; Paris Trembles; Paris Awaits. Then we’re into PART TWO: LIBERATION which starts with that shameful, horrible subtitle: Paris Shorn.

The stories of those who died in camps or in Paris streets and prisons were bad enough, but also hideous was the anti-Jewish racism – much of it institutionalised – which persisted after the war. Holocaust deniers abounded, and those who had suffered through it sometimes found the only bearable thing to do was to remain silent. The fragile, ravaged bodies of the pitiful few who returned from the camps were quite frankly an embarrassment. A frail starved woman accused by a fellow Parisian of queue jumping as they waited in line for food, said she’d been in Ravensbrück. “I thought they’d have taught you to queue there,” was the response. People who returned to find everything gone had the long, horrible often futile struggle to claim back their belongings. Women who were considered to have collaborated were treated far more harshly than men, particularly male bureaucrats. You’ve seen the Cartier Bresson photographs: those who were hardest on those women were other women. But – thankfully – some stories couldn’t fail to be uplifting, such as the women, the quiet, inconspicuous librarians who worked cataloguing the art stolen by Nazis during the war, keeping immaculate, secret records which made the subsequent task of finding the artworks, the treasures, a little less impossible.

The book is full of those who did brave things but God people can be awful. 2016 in general has given us more evidence of that than we can ever want to see. Parisiennes – in spite of determinedly continuing to dress a la mode – were no different. War brings out the worst and the best in people but it only brings out what is there already. It’s not as if everyone suddenly became kind and decent and prepared to share their last crust. Some, at great personal risk, did take in orphaned children, but far more didn’t. What Sebba shows, in her non-dogmatic fashion, is the degree to which people will ignore the plight of others if they personally are not at risk. Also, what seeps from the page is the extent to which we are prepared to delude ourselves. It was strangely horrible to be reading this book in the last days of the American elections: I finished reading it just as Hillary conceded defeat. There are still people prepared to scoff at those who compare Trump to Hitler, because truly it is hard to believe that we’re not a far more civilised world these days, and that we would never treat our fellow human beings in the way that Europeans were prepared to less than a century ago.

Is it always just easier to ignore than to confront the unconfrontable? This book is best read in small bits, it is not a binge read. I knew, in a general way, much of which she writes about in the book but that did not lessen its impact. It’s told with fairness and insight, and it is deeply unsettling: most of all because it serves to remind us that civilisation is not even skin deep. I applaud Anne Sebba for the fairness of her tone, for her acceptance really that some people act with courage and lack of self-interest, and that others don’t. In the course of her career she’s looked at a lot of lives, talked to a lot of people, read a lot of books, and she knows this to be true. Even Mother Theresa was flawed, even “that woman” Wallis Simpson had decency. What it left me worrying about was that the one thing that doesn’t change is our ability to deny. That we think that when Yeats (in 1919) wrote “what rough beast slouches towards Bethlehem to be born?”, he was just being a negative catastrophist. A bit PC. And – worst of all – that anyway, whatever happens, those of us who are white and middle class, who speak English, who don’t have strong religious affiliations, who live away from the action, will be just fine.

As for Coco Chanel – when it looked as if her pigeons were going to come home to roost at the end of the war, she simply organised for every American soldier to be given free Chanel No 5 for their sweethearts. Game, set, match. I guess this fits in a city where even under enemy occupation, women never forgot to put on high heels and lipstick. I say this, of course, from a very safe distance: Touché, Chanel. Touché.

Les Parisiennes: How the Women of Paris Lived, Loved & Died in The 1940s (Weidenfeld & Nicholson, $40) by Anne Sebba is available at Unity Books.