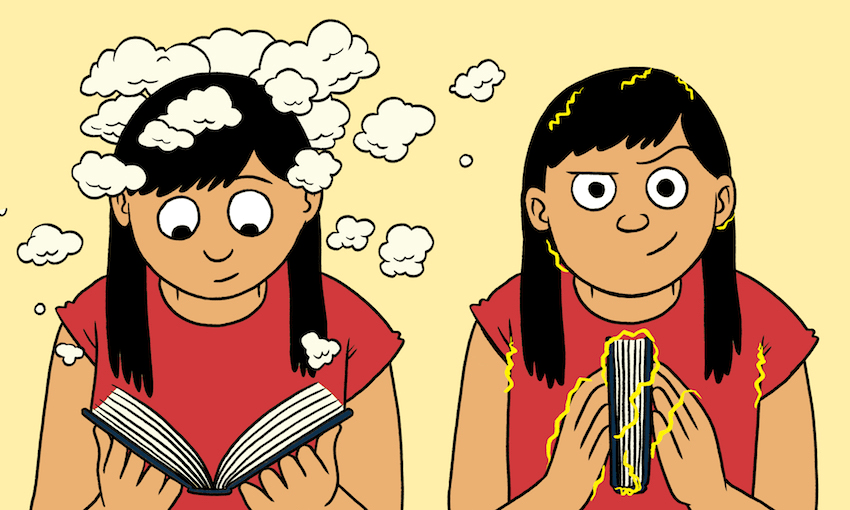 The week’s best-sellers at the Unity Books stores in Willis St, Wellington, and High St, Auckland.

As winner of the Acorn Prize for fiction, at the recent 2018 Ockham New Zealand national book awards, Adam pocketed $50,000; last week, she did a grand better, when she got $51,000 in the latest Creative New Zealand funding round. Nice one! But no one ever does as well at these things as Catherine Chidgey, who has likely received more loot, awards, fellowships and God knows what else than any New Zealand writer, alive or dead. Yes, even more than Sarah Quigley or CK Stead. Chidgey won the fiction prize last year, and pocketed the 50 large; and last week, in the latest Creative New Zealand arts grant funding, she got the single biggest amount, $65,000.

Adam and Chidgey – both of whom emerged from the IIML school of approved creative writing, and both of whom are published by the HQ of New Zealand lit, Victoria University Press – were awarded the CNZ loot to work on new novels.

“Lovers of intrigue, betrayal, war-torn cities and score-settling will not be disappointed by Ondaatje’s latest novel”: The Spectator.

The novelist’s Twitter biography: “Like Dostoevsky, I wrote books called THE IDIOT + THE POSSESSED. Mine are shorter”.

The American memoirist was introduced by Spinoff Review of Books editor Steve Braunias to the New Zealand memoirist Diana Wichtel in Wellington recently, and the two authors got along famously.

“It’s a heartbreaking book. It’s full of the trials of being a parent. Doing your best, loving your best, but making mistakes and missing things….With its deft account of a tangle of lives, it reminds you of the comfort that can be taken from a look into the messy lives of others”: Claire Mabey, The Spinoff Review of Books.

The great military historian was asked by the Guardian recently to share his views on war movies. On Saving Private Ryan: “I was asked by a large-circulation American weekly magazine to review it. My piece was spiked since it did not share the widespread adulation, and I still shake my head in disbelief when it is regularly voted the best war movie ever…Spielberg said at the time that he sees the second world war as the ‘defining moment’ in history. One also suspects that he wanted this film to be seen as the defining movie of the war. If so, it is a uniquely American definition of history, with no reference to the British let alone the Soviet role.”

And on Darkest Hour, written by New Zealander Anthony McCarten: “Gary Oldman fully deserved the best actor Oscar for his brilliant performance as Churchill, but those responsible for the script get ‘nul points’. The ludicrous scene of Churchill in the underground (where he had never set foot in his life) was not the only howler….Why were so many scenes shot in the bunker war rooms when the Luftwaffe had not yet bombed London? I was so irritated, it was a good thing I saw it on my own.”

New essays by the great humourist.

I want to get really good at woodwork

and go into the forest

and cut up some logs

and make you a beautiful house to live in

3 Factfulness: Ten Reasons We’re Wrong About the World And Why Things Are Better Than You Think by Dr Hans Rosling (Sceptre, $30)

“A wandering Slavic sect survives on the kindness of strangers in this playful Polish novel”: The Guardian.

A so-so 2014 collection of short stories. Best to save your pennies for the book below.

This book is an event, and strongly recommended. From the Washington Post: “Trevor died in 2016, at age 88, and these 10 stories, written in his last decade, make you want to scour them for parting words of wisdom about life and death….For more than half a century, writing from his adopted home in Devon, England, Trevor produced a trove of psychologically astute, understated novels and short story collections. His abiding subjects encompassed wayward impulses and longing that often led to adultery, duplicity, jealousy, guilt and shame. His fiction was set mostly in his native Ireland among ordinary, frequently marginalized people jockeying for position on the lower rungs of the social ladder…

10 The Recovering: Intoxication and its Aftermath by Leslie Jamison (Granta Publications, $45)

Sounds good! This, from The Times, before the paywall came down and the rest of the review was forbidden: “Leslie Jamison, a self-described ‘nice white girl’ from a moneyed American west coast background (both parents were professors), started life advantaged and high-achieving. However, the demon rum got her in her sophomore  year at Harvard. She cut her arms and became anorexic, but nonetheless graduated with distinction…She went to the Iowa Writers’ Workshop, the leading creative writing school in the US, but drinking was now running the show. She had one-nighters with tow-truck drivers and worse. It was sometimes rape, but she let it go in self-blaming hangover remorse…”