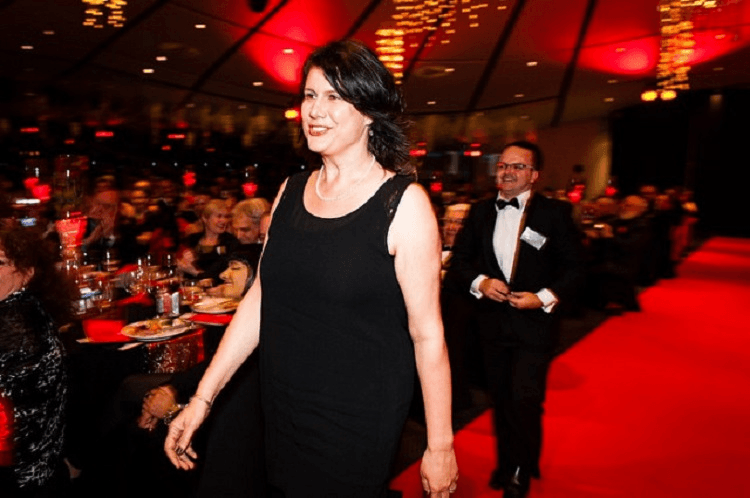 The winners, drunks, and gossip at the Ockham New Zealand Book Awards

An elderly man fell over, and a young woman who was unable to get to the bathroom in time had to vomit in her handbag.

Business as usual, then, at the Ockham New Zealand book awards held this evening at the Aotea Centre. It was a staid affair. MC Michele A’Court did her best to jolly things along but it was all a bit like bingo night at the rest home.

There were few surprises. Certainly everyone was expecting the vomitous young woman would come a cropper; she arrived plastered.

The big winner of the night was novelist Catherine Chidgey of Ngaruawahia, who pocketed $50,000 for her book about German children in the war or something. “Fruity… humourless… exactly the sort of thing we dig,” said the judges.

Another VUP author, Ashleigh Young, won the non-fiction award for her remarkable book of personal essays, Can You Tolerate This? It’s her second book, following her critically acclaimed poetry collection Magnificent Moon; choosing terrible titles doesn’t seem to have done her any harm.

Paris-based Andrew Johnston won the poetry award category for his collection Fits & Starts – and his win was a big surprise for those who assumed it would be won by Hera Lindsay Bird. There was a gasp. Translated into English, it said: “What the fuck!” Because you go and write poems that the world and its dog sits up and reads, your book flies out the door, you make poetry exciting and something that’s talked about for the first time in approximately 500 years, but so fucking what? The academy careth not for sensations. The academy sits in a quiet room with the blinds drawn, and examines the shortlisted books of verse with a magnifying glass, also a ruler, and a packet of Super Wine biscuits.

But actually fair enough. The Ockhams isn’t a popularity contest. It’s all about one thing, and one thing only: the work. Andrew Johnston won the poetry prize, deservedly and as expected by many, because his work is a marvel of composition and music.

As for the bash itself, it was held in a cold room and there wasn’t anything to fucking eat, or drink. The PA played music between announcements and it was SO LOUD YOU COULDN’T HEAR YOURSELF THINK BRO. The judges huddled together, all self-conscious and twitchy; they were a shabby looking bunch, apart from Peter Wells, who was silver from head to foot.

Catherine Chidgey wore a black lace dress that appeared to be an exact replica of that blue lace dress she wears in all her publicity shots. Her hair was washed that afternoon, as was Hera Lindsay Bird’s, and while it was lustrous, many commented that Hera’s haircut was the same as Gregory Kan’s haircut.

Maggie Barry had a face like death, and Jacinda Ardern looked lovely in black.

A guest was overheard to say of one winner: “And that’s the second lesbian of the night!”

Best-dressed male was Owen Marshall, in a velvet smoking jacket, but CK Stead, dashing in a scarf, ran a close second. Of the younger set, Gregory Kan looked ridic in an oversized 90s jacket, and Andrew Johnston chose to wear a pyjama jacket. Adam Dudding wore his “lucky shirt”, a striped T-shirt; he won the best first book of non-fiction, but lost out in the general non-fiction category, so only some of the shirt was lucky – maybe the sleeves.

The elderly man was taken home on the Devonport ferry. The young woman returned to work, at a television newsroom.