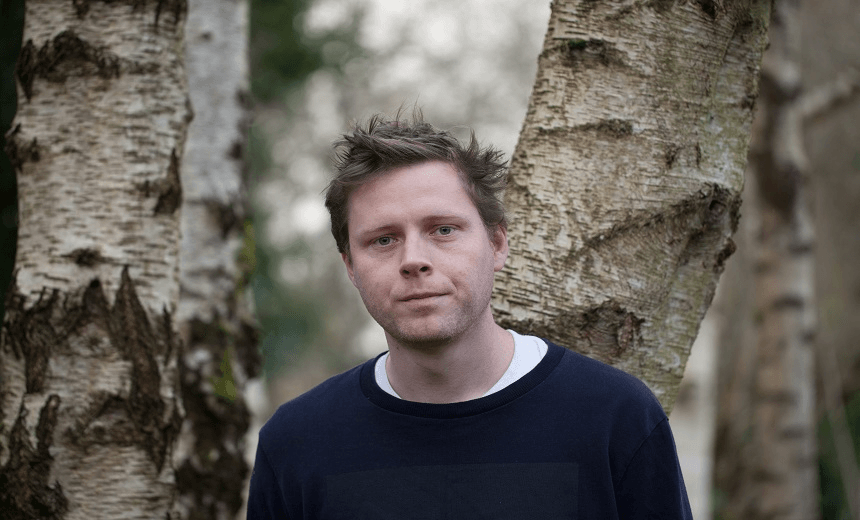 Books: The Year of Max Porter

By Max Porter
Guest writer
Made possible by

Max Porter’s 2015: a new baby, political angst, ‘tips on not being an asshole’, his novel Grief Is The Thing With Feathers, ninjas, Paris, ‘the smell of books’.

I’m so tired right now that I hardly know my arse from my elbow, but here are some things I remember happening this year, in no particular order, and with no attempt to separate my work life from my home life from my writing life. I found out fairly quickly that trying to separate them would be counter-productive and disingenuous. I yam what I yam, and all that:

In April we had our third baby. What a lot of babies three is. He’s a stunning little chubster with bracelet wrists. He smiles and smiles and seems thrilled to be here. He’s an anchor and a reminder and a source of constant joy. And he has never done a poo in the night.

In May the Tories won a majority in the general election. Parliament desperately needs reforming, as does our electoral system. Power in this country remains with a small and self-interested elite. But change may be coming. I was lucky enough to publish Caroline Lucas’ book this year, Honourable Friends. Caroline is Britain’s only green MP and has made a colossal impact in Westminster. She is a radical, a campaigner and a fighter. She is very often the lone voice of integrity and good sense in a system riddled with inequality and absurdities.

A professional highlight for me was working with Patrick deWitt, whose glorious sickly ink-black fairytale UNDERMAJORDOMO MINOR we published recently. Pat has been a good friend to me this year and is a sublimely cool person to hang out. He was over in this country and we did a lot of talking and thinking and drinking and I had said to him that Faber were making a video of me and I could hardly bring myself to watch it, that I hated the sound of my own voice. Well if you liked the sound of your voice, Pat said, you know what you’d be? An asshole. Tips on not becoming an asshole from the world’s greatest writers could be next year’s stocking filler.

My book Grief is the Thing with Feathers came out in September. At my book launch my six-year-old son sat next to me. I signed my name, he drew ninjas. Signature and ninja? We would ask. Just the ninja, thanks.

My respect and affection for writers has grown. It’s incredibly exposing, having a book out. It takes over your life. How to deal with praise, how to deal with criticism. The joy of being carefully read, the loneliness of being misunderstood. The most humbling and motivating thing has been the feedback of readers. I get remarkable letters from people, sharing their stories of love, poetry, death and birds. I’ve heard some terrific anecdotes about crows. My favourite thing, I think, is the story of a grief counsellor who was inspired by my book to take her clients (bereaved children) out of the office and into the woods, to run and shriek and make wild bird noises. That made me very happy.

The book is being translated, which has brought me great joy. I’m humbled by it, and interested. The best experience so far has been my French translation. My translator is called Charles and he is very French (‘I spent my childhood smoking dope and reading poetry… I was not unusual’) and very smart. He insisted we translate the book word for word, seeking the perfect etymological solutions, especially to the violent pun-heavy language of my Crow character. Like a saxophone solo, he said, and we must hear every note.

I spent an amazing evening in Paris, doing an event at the legendary Shakespeare and Company bookshop and having dinner with Charles. I slept in George Whitman’s flat above the shop, in a room lined with Henry Miller and James Joyce. I was excited about my first lie-in for months but I was woken at 6am by the bells of Notre-Dame. As inconveniences go, it was pretty bloody wonderful. I got up and read smutty correspondences between poets until it was time to go and find coffee. I sat by the Seine and read a comic book and watched a little old lady cuss at her dog. A strikingly attractive and well-dressed woman sat next to me and smoked three Gauloises in a row. Her phone rang and she simply said ‘fleuve’ and hung up. Beautiful Paris.

This has been my year; the smell of books, the humming behind-the-eyes throb of sleep deprivation, the privilege of being read and finding amazing things to read, the thrill of speaking with people about literature.