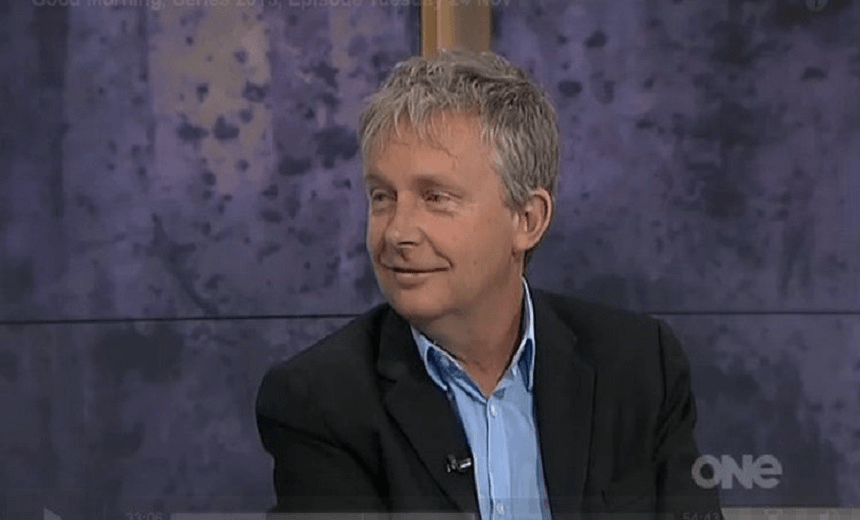 Books: The Year of Steve Braunias

Steve Braunias’s 2015: Lundy, The Block, a bluff at Hammer Hardware, Simon Collins and Jared Savage, ‘the trick is to survive’, his new book The Scene of the Crime, Kafka and Updike, ‘the moist March air’.

The fact I had work was happiness enough. Towards the end of last year I got disestablished by Metro. Shayne Currie leapt to my rescue, slowly. He was quick to offer me a job but our talks lasted weeks, maybe two or three months, while I nervously waited for upstairs to approve the appointment. He made one call while I was shopping at Hammer Hardware. ‘You might have to wait till the new financial year, in April,’ he said. I’d been examining a woodsaw. I liked the look of it, but put it back on its hook. I said, ‘In that case, I’d better say yes right now to Fairfax. They’ve made an excellent offer.’ It wasn’t true. But he phoned back a few minutes later and said he’d placed an urgent call and got the approval more or less in place. I went to the counter, and said, ‘I’ll buy this woodsaw, thanks.’

The contract is for three days a week, and I suppose I call into the office about once every three weeks. It’s a privilege to work at the same paper as my favourite journalist in New Zealand, Simon Collins, and investigative reporter Jared Savage has been a constant inspiration and good friend. I dig the Herald. I want to do something major for it next year, something amazing. I don’t lack for ambition. Some idea of the actual story would be useful, but I don’t have the foggiest; they say journalism is all about contacts, but I don’t have any of those, either. Well, you never know what’s going to happen next when you work as a journalist. The trick is to survive until something does happen.

I had other, more intimate notions of survival at the edge of my mind in 2015. There were health issues. I went to a quack in Epsom. He had me walk up and down a flight of stairs, and then he prescribed medication: ‘heart pills’, as my mother used to say. But I preferred an ancient medicine, something time-honoured among men for generations – the practise of ignoring the problem, on the principle that it might go away. I didn’t take the pills, couldn’t be bothered. I had other things to do with my time, which may or may not be running out.

The story I worked on the longest and took up most of my thinking was the Lundy trial. Writing about it was intense, exhilarating, and ultimately terribly sad. Maybe it was the right verdict but I suspect it was a travesty. The retrial set out to undo the second of two horrors, that a husband and father was wrongfully convicted for the horrifying murder of his wife and daughter. Nothing was undone. The day after the verdict, I was on the same plane as David Hislop, Lundy’s lawyer. He wore a groovy shirt and pointed boots. His head was bowed.

Out of a demented kind of sentimentality I called into the High Court when I was in Wellington a few weeks ago, and sat in the same courtroom for a few minutes. There was another murder trial going on. The victim’s head had been chopped off, and there was forensic discussion of the weapon. I recognised a couple of media – they sat in the same exact places at the press bench – and court staff. The memory of Lundy’s trial made me feel sick and depressed, and I got the hell out of there.

By that time I’d taken six weeks off work to write more about the trial and about Lundy in my book The Scene of the Crime. His friend and campaigner Geoff Levick came to the launch. He bought a copy for Mark, and asked me to sign it for him. I wrote, ‘You should be here.’

Was that a cruel thing to say? Or was it just spectacularly naive? There are few ironies more wretched than maintaining the innocence of a guilty man. Something that kind of seems overlooked about Kafka’s classic novel The Trial is the possibility that K might actually be guilty. The charges are elusive, and the bureaucracy of justice is the nightmare we all know and love about Kafka, but K’s guilt or innocence is equally uncertain. He’s quite an impulsive, aggressive character…

I bought a copy at Unity in Wills St one morning on the way to court, and read it when things got boring; what a masterpiece it is, and what a horrible ending. I suppose it’s Lundy’s ending, too, isn’t it? Taken out, abruptly, and done away with, sent to Manawatu Prison, where I recently sent him the new novel by one of his favourite authors, Wilbur Smith. He was at his sister’s house in Taupo last Christmas. At large, in sunlight. This Christmas, and the one after that, etc, he’s out of sight, gone.

Unless there’s more to the story. An appeal is due soon. I’ll be looking out for it, just as I look out for the next story, whatever that might be, and for the chance of writing a good sentence, or half-sentence – look at this piece of lyric genius, by John Updike, in his first Rabbit novel, describing the voices of children lifting ‘high into the moist March air blue above the wires’. I have the four-book set of his Rabbit novels in an Everyman edition, and started reading it a few days ago. So far all that’s happened is that Rabbit has got into his car and is heading south with no particular place to go. The volume looks set to drive through American life for 40 years. I hope I get there.