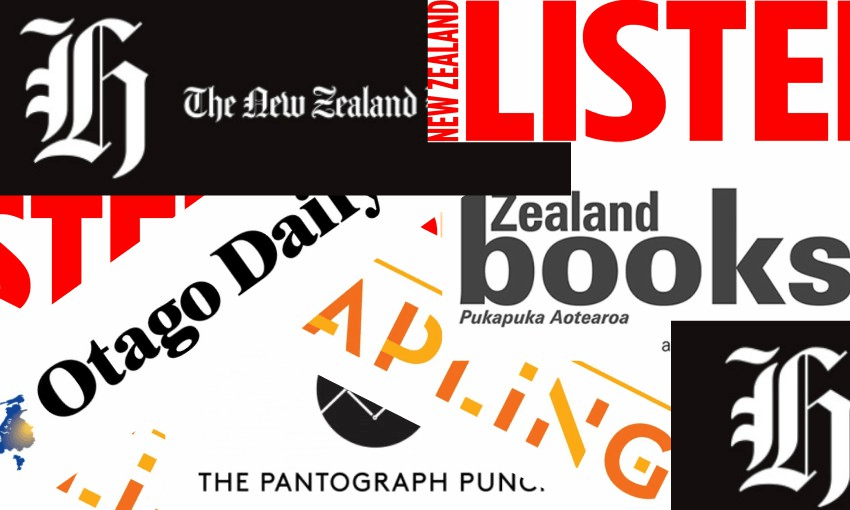 As literary editor of the Spinoff Review of Books, I think about important new books, and about brilliant, thoughtful reviewers, but mostly I think about money. The budget is tight. I crouch over the pennies like a miser, and give a little cry of pain each time I authorise a payment. The other day I slammed the door on someone who made a simply outrageous demand for a book reviewing fee. He emailed, “It will be $300 for 1500 words.” I replied, “No it won’t.” I got shot of him. But afterwards I got to wondering: was he actually being pretty reasonable? Is there a going rate? Just what is the current state of payments for book reviewing in New Zealand?

I put in a few calls. Editors at commercial media operations very politely told me to get lost, which is fair enough; so I got hold of their reviewers, and have relied on their figures to put together something new and ingenious in media practise – a list!

As follows is the pitiful economic table of how much book reviewing pays in New Zealand in 2018, ranked from stingiest to most generous.

Fee: Nowt. You get the book. One reviewer said they’d also receive a parcel of unclaimed or spare copies of books as a way of saying thank you at Christmas, which is a nice gesture.

Fee: $75 – in book tokens. One reviewer claimed, “Last year, they made noises about taking it away – ‘the book will be your payment’. I think every RNZ reviewer indicated they’d resign, so the book voucher was reinstated….precariously.”

Fee: $100. Huzzah!, for the always lively online site dedicated to children’s books. The Sapling only got established last year and has made a commitment to not just promoting and celebrating local authors, but also honestly appraising the merits of their books. Example: Briar Lawry recently commenting that one YA novel “has no plotline”, and that the characters in another are “unbearably awful”. It’s a wonderful, much-needed corrective to the fixed smile of New Zealand children’s literature.

The reviews stretch to about 500 words, and feature the always reliably insightful David Hill.

Fee: Varies, but the ballpark is from $70-$125. Landfall editor Emma Neale emailed, “It’s $70 for a review in Landfall Review Online, regardless of length. (The length is generally between 1200 and 1500, though some authors ask for more words.) For the hard-copy reviews (and other contributions) it’s $30 for a single-pager (which not many are), or $25 per printed page or part thereof. Generally three-five pages, at a quick glance at the last issue… In the past I think 1500 words has been the rule of thumb for the upper limit for a review.”

Note the remarks concerning word-count. I put questions about length of reviews to Neale (and Louise O’Brien at New Zealand Books), because reviewing is not much more than a canary-in-the-coalmine exercise if it’s less than 500 words. Many magazines and newspapers submit to that especially brainless form, “the round-up”, which usually expends around 400 words on four or five books to explain the plot and pass a quick opinion. The longer, not necessarily the better – Dorothy Parker’s famously witty book reviews in the New Yorker were as short as 300 words – but a lengthy review can be a thing of beauty and a work of art. At 1500 words, Landfall, the great uncle or giddy aunt of New Zealand literature (founded in 1947), continues to maintain proper standards of literary criticism, and encourages intelligent thinking, at length. Huzzah!

Sarah Jane Barnett emailed, “When I came on as literature editor at The Pantograph Punch we were paying writers $50 for a book review. Being a book reviewer myself, I wanted to change this amount because I know how much time it takes to write a good review. With some trade-offs, and over time, I found I could pay poetry reviewers $75 and fiction reviewers $100 for each review. When books were particularly long, I have paid the reviewer $100 for a poetry review and $150 for a fiction review, to account for the extra reading time. No one thinks about reading time!”

She continued, “While the payment structure from 2017 was an improvement, it in no way paid a living wage (the minimum anyone should be paid) to reviewers.

“From mid-March The Pantograph Punch will be using a new payment structure for all pieces, and one that values the time and skill writers and editors put into their work. A big reason we started the site is because we believe in critical writing, but if we can’t pay our writers and editors adequately, we’re ultimately reinforcing an ecology that systematically fails to value critical writing. It sets a dangerous precedent that we feel really uncomfortable with. So, this year, we will be trialling a new editorial direction that sees more emphasis placed on valuing our writers and editors (and by extension, our readers). A full announcement will be coming out this Friday.”

Fee: $150. Once upon a time every major newspaper in the country had its own books pages, and its own books editor; Stuff now act as a pinched little HQ for the Fairfax newspaper group, and reprint the same reviews in the Dominion-Post and the Press, with a bit more room and intellectual consideration at the Sunday Star-Times. The reviews stretch to about 500 words, and feature the reliably boring Nicholas Reid.

Fee: $180. Like The Pantograph Punch, Landfall, and New Zealand Books, the Spinoff books section relies – in part, anyway – on public money, via a grant from Creative New Zealand; and so the situation is basically that book reviewing in New Zealand needs government subsidies to survive. Such is the state of New Zealand literature, generally, in an age of ever-narrowing publishing activity. Such, too, is the state of New Zealand culture: Radio New Zealand, orchestras, theatre and dance companies, museums, literary journals….Everyone’s got their hand out, everyone’s wanting to do interesting heritage things in front of a small audience.

The very reason I approached Spinoff publisher Duncan Greive with the notion of creating a books section was that I despaired at the fact that books pages in New Zealand were getting smaller and smaller. There was nothing much to read. I dig long reviews, long interviews, long essays; a nation’s culture needs critical thinking to keep it awake, keep it alert, keep it keeping on. And so the Spinoff Review of Books got started in 2015, thanks to the sponsorship of Unity Books, and, later, Creative New Zealand. Reviews range from about 700 to 3000 words: the longest in the country, and consistently the highest quality. We also publish lists.

Two thousand words: huzzah! True, New Zealand Books very regularly publishes thoroughly unreadable things by second-rate hacks and academics, but it’s also the home of some of the best writing in New Zealand, and operates as a kind of Compleat Angler of local literature – more than any other journal or site, it covers the waterfront. If a book has been published in New Zealand, the best chance it’ll receive any attention is at the quarterly journal.