If a book’s on this list you know it’s genuinely great. No qualms. No PR. Selection process: I wander over to the monumental Jenga game of books that used to be my desk, grab whatever grabs me, and if I love it – really love it – it’s in. Every kind of book is eligible, including those for children and young adults, but I’ll try to love mostly New Zealand stuff. Off we go.

You’re about to hear a lot about Charlotte Grimshaw. And about her dad, or as she calls him Karl, or as we call him, CK Stead.

Grimshaw has a memoir out on 30 March. The Mirror Book is a slim little dagger of a thing that marches right up to Stead’s version (three volumes, hulking big hardbacks, the third is out in May) and stares it down.

The Mirror Book is a story Grimshaw wasn’t supposed to write. “Airing the family’s dirty laundry” is a phrase two separate booky people have said to me about it, so far. I disagree vehemently. The Mirror Book doesn’t feel grotty or self-indulgent. It feels righteous. Clean. To read it is to watch a person finally stand up straight, stand in the light.

Grimshaw writes about her childhood – “it was liberal parenting in its purest form” – and Karl’s narcissism and gaslighting and her mother and what it is, as an adult, to start to see all of that clearly. You don’t need to know anything about Stead or poetry or New Zealand letters to be gripped by this book. You’ll also, early on, forget about the he-said she-saids: Grimshaw’s a lawyer and she is absolutely scrupulous with her receipts. It’s March and I’m calling it: book of the year.

All the content warnings for Lisa Taddeo’s first novel. It’s not out til June but people are pre-ordering now due to how much they loved her non-fiction knockout Three Women, so please consider this a helpful heads-up: Animal has the most horrific miscarriage scene I’ve read in my life. Plus incredibly disturbing flashbacks of childhood sexual abuse and neglect. Plus infanticide. And a whole lot of other electrifyingly traumatic stuff.

Taddeo is a sprinting, spitting talent, and I adore her for being so openly angry – but I wish I could clean parts of this book from my brain.

Indicative lines: “He was picking a pimple on his chin and staring at me. There are a hundred such small rapes a day.” “Most men are crabs, crawling around with their pincers out.” “I would have burned the whole world down to get you back.”

Her Say, by Jackie Clark and The Aunties (Random House NZ)

A collection of 16 stories from Jackie Clark and The Aunties, that is, women who’ve survived domestic violence. Sonia Yoshioka Braid interviewed the women and wrote their stories as-told-to, and all royalties go to The Aunties.

We published the story of Scorpion Princess; read that and you’ll see why it feels wrongheaded for me to offer any sort of opinion on this book. These are stories that exist in the world that didn’t before, and that’s what matters.

My Darling Lemon Thyme: Every Day, by Emma Galloway (HarperCollins)

Raglan writer/gardener/cook Emma Galloway has a new cookbook out and it is extremely charming. Every Day is full of relaxed, easy recipes: any-herb pesto; any-veg frittata; any-fruit crumble. There’s lots of just chucking a bunch of yum stuff in a blender. And lots of using up whatever’s in the fridge, or the garden. Good.

I knew Shilo Kino could write but I didn’t know she could write like this. The journalist and broadcaster’s first novel, for children and younger young adults, sat on my desk for months and then I picked it up and read it in one go. It’s a story about a 12 year-old Māori boy in a small town, and it’s about family and grief and activism and bullying. “I’ve never talked about this,” Kino tells Michelle Langstone in an interview we published this morning, “but a lot of what happened in the book is based on my own experience. I was definitely bullied growing up. I was bullied for being Māori and I was bullied for being weird.” There’s a taniwha. Two-minute noodles, kutus, a tokotoko, an urupā. Very heavy on dialogue, which is good, because the dialogue is exceptional: funny and warm and tied tight to this place and time.

“Is that your mum?” Wai’s holding an old black-and-white photo in her hands.

“Your mum was pretty as! Not saying she isn’t now … she just looks old, aye. How come she never comes out of the house? Haven’t seen Aunty in forever.”

“Well, how come your dad’s locked up?”

Her eyes stay on the photos.

“The effects of colonisation.”

“Aye? Do you even know what that means?”

Where We Swim, by Ingrid Horrocks (Victoria University Press)

Luckiest writing students in the country: everyone signed up for Massey’s 300-level semester two course “eco-fictions and non-fictions”, designed and taught by Laura Jean McKay and Ingrid Horrocks. Both have great books out right now. McKay’s, of course, is The Animals in that Country, a weird, perspective-changing plague novel that just won Australia’s richest prize for fiction. Horrocks’ book is quite different: Where We Swim, a collection of fine-boned, intuitive essays set in the vicinity of water. There’s a whale in Days Bay; baby manatees in the Amazon; life and death on Waiheke; Horrocks’ two little girls desperate for a swim in Colombia; the impossibility of Phoenix, a city in the middle of a desert. I loved it. And it didn’t make me desperately sad, as I thought might be the case. More kind of … weightless. Two Shakes of a Lamb’s Tail, by Danielle Hawkins (HarperCollins)

Danielle Hawkins is one of the finest writers we have. Funny, clever, capable, brave. She’s written a handful of novels, all terrific, all huge sellers, but because they’re about women and relationships and families they don’t get a lot of critical love.

“I think that the very best writing is easy to read,” Hawkins writes in her new memoir. “The writer finds the words that convey exactly what she’s trying to say as simply as possible, so that the reader is swept up and forgets he’s reading at all. Literary experts, however, seem to believe that the best writing is dense and elliptical, leaving the reader feeling dazed, exhausted and, preferably, slightly inadequate. (Also, books that win literary awards must be miserable. I don’t think I’m a great writer, but I resent the assumption that anyone who writes light-hearted romantic fiction can’t be a great writer.)”

The memoir – a diary, really, of family life on an Ōtorohanga farm through 2020 – is out on 7 April. It’s similar to Hawkins’ fiction, but (big call) even better. I’ve read three other homegrown farming memoirs in the last year and this beats the pants off them. Favourite bits: her kids, her in-laws, her epic battle against a jasmine invasion.

The Impossible Resurrection of Grief, by Octavia Cade (Stelliform Press)

This new novella by Cade, one of our most lauded science fiction specialists, is “a story of reaction to ecosystem loss”. The animals on the cover are thylacines, aka Tasmanian Tigers, which do seem to be thoroughly extinct despite how much some wish it otherwise. In this story Cade raises the thylacine from the dead. Sort of.

“They were meaty, elongated creatures, with short legs and jaws that gaped like a basking shark’s,” she writes, with love.

Cade wrote much of this novella while in lockdown last year, in a flat at the Square Edge Arts Centre in Palmerston North. Uncanny, unsettling, brilliant, etcetera; as well as the thylacines there are jellyfish, robots, rock wrens, rats, and a new kind of psychological devastation that flourishes and evolves as everything else collapses. Called simply “Grief”, it is contagious, and hard to spot, and it feels like a creature that’s already here. 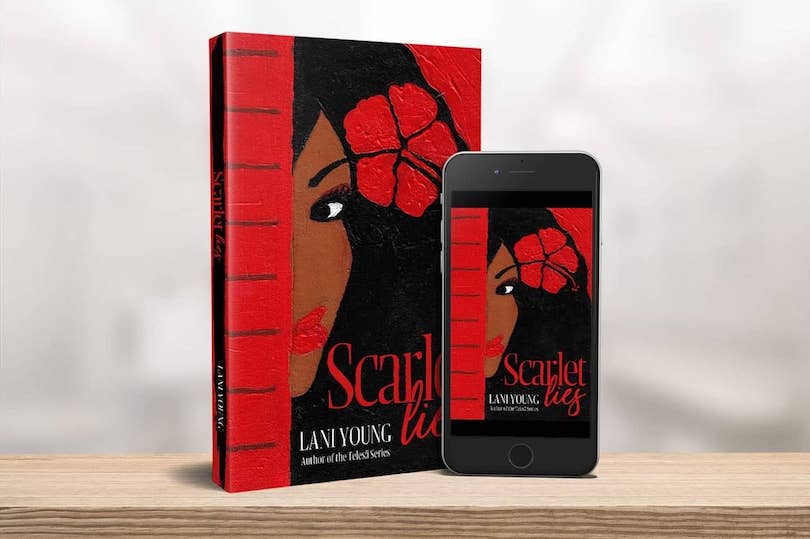 Very into the Telesā novels by Lani Wendt Young. Very into this latest spinoff, which continues the intense, textured story of childhood friends Teuila and Keahi. A couple of years ago I wrote for The Sapling about the first three books; everything I said then stands, plus they keep getting better.

He pressed his face against the time-softened siapo fabric of her skirt and breathed in deeply. Green earth, black soil, vivid scarlet berries of the palm tree, musky tang of the flying fox – all overlaid with aromatic sandalwood.

I like the very self-aware nature of this writing, the lushness. I like how overtly political Wendt Young is, on feminism and gender, domestic violence, sex, colonialism, the environment. Also! Samoan artist Nikki Mariner is painting new covers for Wendt Young’s Scarlet series – Mariner did the art for her 2020 story collection Afakasi Woman too, and that was striking, but these new ones are gaspingly gorgeous.

See you with another bunch of books to love in a month or so.