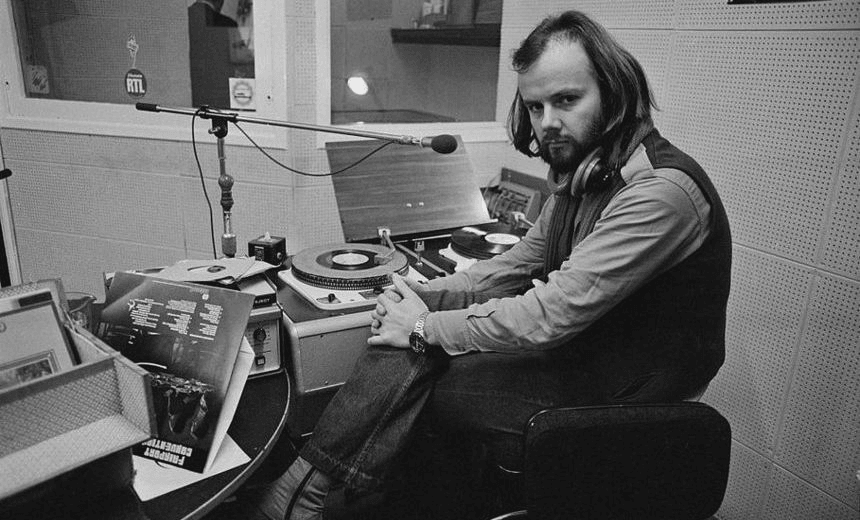 When I was a boy, culture was delivered on a Thursday by Mr Pavitt. Or was it Pavett? Perhaps even Pavit or Pavet? If you had a name like Pavitt/Pavett/Pavit/Pavet, you’d be used to people spelling it wrong. Mr Pavitt (let’s settle for that) was the semi-retired shopkeeper in the small Cambridgeshire village where I grew up in Britain. His semi-retirement followed a minor scandal that involved him losing his licence to sell alcohol from his shop because he was caught letting customers sit around drinking their purchases in a shed-cum-makeshift-pub attached to the shop’s premises. For a while he plied his wares making home deliveries from a van, but now he delivered only newspapers, in my family’s case leaving a copy of the Daily Express, later upgraded (upclassed?) to the Daily Torygraph, in a small asbestos pipe hidden in the hedge of the vicarage at the bottom of the long lane leading to our house. Such was English country life in the 1970s. I’ll spare you details of the “night cart” that came each week to remove the contents of long-drop toilets some homes in the village still had. (Thankfully not ours.)

On a Thursday, from 1978 onward, the Torygraph would be accompanied by my copy of the New Musical Express. Unless for some reason it wasn’t available, in which case Mr Pavitt, with oblivious arbitrariness and in descending order of acceptability on my part, would replace it with Sounds, Melody Maker or, please God no, Record Mirror, with its disco-dominated coverage where singles were assigned mysterious BPM ratings that only later would I come to appreciate.

You’d be hard-pressed to tell from the tame free sheet it is now, supported by lifestyle advertising, but the NME was once a beacon of (counter) cultural commentary, reporting not just on the music of the moment, but also film, television, politics, with the occasional diversion into literature and theatre. In the pre-internet age of my youth, it was my principal education in music and the arts, with a voice and perspective unavailable elsewhere. Well, apart from one place…

The John Peel Show on the BBC pop station Radio 1 wasn’t only somewhere you could hear the music being written about in the NME (and, fair dues, in Sounds, Melody Maker and, who knows, even Record Mirror too), its host shared the same frame of reference and, to varying degrees, cultural sensibility. Where most other Radio 1 DJs were either witless fools themselves or spoke to you as though you were a witless fool, Peel was like a favourite sardonic uncle – someone whose deep-seated knowledge and experience shone through but who remained ever open to new knowledge and experience.

That openness is Peel’s lasting legacy as a broadcaster, although not necessarily in the way most commonly celebrated. When Peel died of a heart attack on 25 October 2004, aged 65, London’s Evening Standard newspaper declared it “the day the music died”. Peel had been the first to play so many musicians, sometimes for a long while the only person to play them, and so many of them credited him with giving them their big break, it’s become received wisdom we wouldn’t have those musicians with us today if it weren’t for him. But the music didn’t die on 25 October 2004. New musicians have come to light and found success without Peel. If a tree falls in the wood and Peel isn’t there to see it fall, does it still fall? Of course it does. What is sad is that he can no longer experience it; that he hasn’t got to hear Kendrick Lamar, Savages, FKA Twigs or any of the countless other great acts who’ve come along since 2004. (Not to mention the latest releases of his beloved Fall.)

David Cavanagh’s Goodnight and Good Riddance is subtitled “How 35 years of John Peel Helped Shape Modern Britain”. Hyperbole aside, there’s a case to be made here, but we’ve tended to come at it from one side only: that of the musicians whose careers Peel aided, from David Bowie to the White Stripes and beyond. Undoubtedly that’s why his name was – and continues to be – so well known around the world, including in New Zealand, where you’ll find a Rough Peel (geddit?) record store in Wellington and where, when he visited in 2002, Peel was feted by John Campbell on RNZ National, at Flying Nun’s 21st-anniversary party, and in many other places besides.

But there’s another side of the equation too: the audience of Peel’s show whose listening habits he expanded, many of them, like me, far from the cosmopolitan centres of cultural life. This, I’d argue, was as valuable a service, and it’s a service Goodnight and Good Riddance does much to highlight.

“Happy to dislocate while he educated, Peel caught the listener repeatedly off guard, revelling in surprise and innovation,” writes Cavanagh. “A sequence of music might go something like this: Mississippi blues > riot grrrl > sludge metal > Berlin techno > Northumberland folk > Toronto surf-punk > Zimbabwean chimurenga > Seattle grunge. You don’t have to be au fait with all the genres to get a palpable sense of dizziness. The effect was like being whisked around a museum by a caffeine-overdosed tour guide with a train to catch. Look at this. Now this. Move faster. Come on.”

Music journalist Cavanagh’s unique approach to Peel is one that pays more dividends than Mick Wall’s workmanlike biography John Peel (2004) or even Peel’s own posthumously published memoir Margrave of the Marshes (2005), which for all its charm doesn’t delve much beyond anecdote. By examining Peel through the kaleidoscopic prism of 300 of his shows between 1967 and 2004, Cavanagh is able to view him from many angles – along with the culture (musical and otherwise) during which the shows were broadcast.

The book has its longueurs. There are times during the 1980s and 90s when Cavanagh seems as bored and in a rut (to quote a favourite earlier song) as Peel must have been for some of those shows, and there are times when he seems to have become so exasperated with Peel that the DJ can do no right. He’s damned if he does and damned if he doesn’t. But generally Cavanagh’s format of an entry of between a few paragraphs and a few pages for each show enables him to focus on a particular theme for just as long as it merits before moving on.

He’s observant – noticing of one show that Peel seems to be playing a lot of track one side ones, suggesting a lack of wider investigation of the records in question. And his descriptions are evocative: the Nina Hagen Band’s Naturtrane “is like a stadium-rock ballad that keeps being interrupted by an opera singer doing vocal exercises”; Fatal Microbes singer Honey Bane’s overlapping vocals in the final “nightmarish” 30 seconds of Violence Grows “are like waking up under anaesthetic in mid-operation and staring into the eyes of a horrified doctor”; Killing Joke are “a menacing, woad-daubed presentiment of apocalyptic war and man’s return to savagery. Their songs are war cries; their instruments are stone-tipped spears”.

Not all those who accompanied Peel on his musical journeys were as taken as he was with the sounds he played, as demonstrated by the narrower and more conservative focus of tracks chosen for his annual listener-voted Festive Fifty.

And not all Peel’s journeys were in the directions we now think of them as being. Name any remotely alternative musician of note to emerge between 1976 and 2004 and chances are Peel gave them their first radio exposure. (In some cases their first exposure period; before even NME etc.) But what was once alternative often becomes mainstream – and Peel’s British radio career dates back to 1967 (preceded by an American one that began in 1961).

Meanwhile, for every post-1976 artist that ‘went on’ there were many more that ended up (some more quickly than others) as indie landfill. The Almost Brothers? Almost but not quite. And plenty more where they came from.

The thing about Peel is he was a broadcaster. He played a lot. If you throw enough jelly at a wall, some of it’s bound to stick. Which isn’t to say he was undiscerning. He fell out with, and never played again, close friend Marc Bolan after the pixie prince abandoned the preposterous pretensions of Tyrannosaurus Rex in favour of the giddy pop heights of T.Rex. (Bad call there, John.) And Peel only came around to Blur late in the day. (A rather better call.) There was method to his mad eclecticism. He had taste. It’s just it was unusually wide taste. Only some of it would rub off on listeners (Extreme Noise Terror, anyone?), but he made us more adventurous than we would have been otherwise, more receptive to the unfamiliar, more like him, and that had to be a good thing.

Goodnight and Good Riddance is full of telling moments, but none better demonstrates Peel’s open mind, open ears, than when he inadvertently played Robert Fripp and Brian Eno’s 1973 album (No Pussyfooting) backwards (he had it on reel-to-reel – even his famous disc-spinning ineptitude wasn’t that inept), afterwards declaring it “Magnificent” and comparing it favourably to the recent work of Tangerine Dream.

It’s a testament to Peel’s single-mindedness as a broadcaster, writes Cavanagh, that whereas more conservative DJs “might have settled for playing a two-minute extract of it backwards, Peel had the courage to play the album backwards in full. Thus are men separated from boys. In a fitting postscript to the story that sadly came too late for Peel to appreciate it, his backward versions were included as bonus tracks when a 35th anniversary edition of (No Pussyfooting) was released in 2008. Both were given a twenty-four-bit digital remaster by Fripp.”

And it’s a testament to Peel’s influence on me as a listener that I have one of those two tracks on right now.