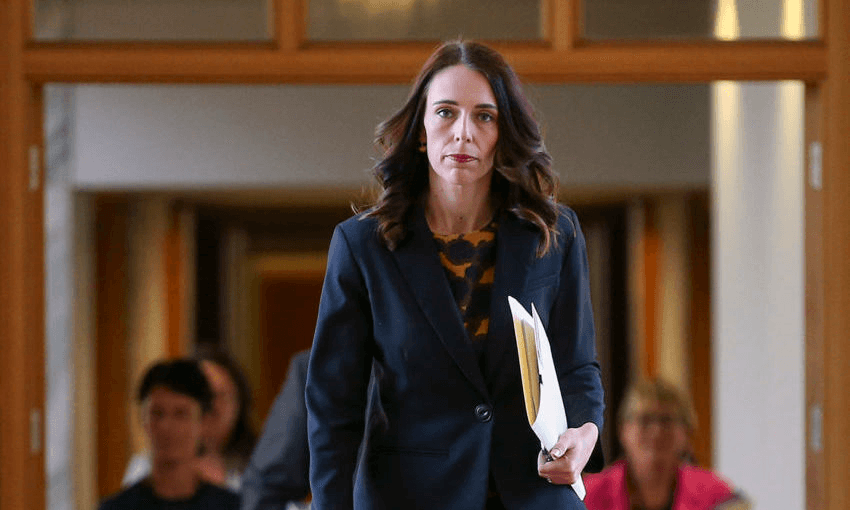 Lockdown letters #25, Fiona Farrell: On the sacrifices of great leaders

The greatest leaders from history have made sacrifices in times of need. A look at who, now, is doing that for us.

I’ve been talking to my sister. We don’t ring or email often. She lives in Victoria, in the country with half a dozen superannuated horses, a couple of pound rescue dogs and a sheep someone dumped over the fence, knowing it would be well looked after. Last time I heard from her, the bushfires were raging not too far away. She had a plan. A neighbour had offered a bare paddock for all the animals, and the use of his dam. She would be able to stand in it – she’s 70 – with a wet blanket over her head as the flames roared down.  (“Don’t fuss,” she said. “I’m fine.” It drives her mad when I do the sister thing and fret.)

And then we moved on as usual to talk about politics. About Morrison on that Hawaiian beach and the shambles of his performance at Kangaroo Island. We have always talked about politics. She’s sharp and funny and I like hearing her take on that foreign land that looks a bit like New Zealand but often might as well be Uzbekistan. This week she had noticed Jacinda and the salary cut.

Morrison is not thinking of following suit. His $550,000 salary will remain intact, as will the salaries of his ministers and public service executives. They are it seems “as much on the front line” as nurses. While a million Australians crash out of work and the Centrelink queues snake round the block.

Ardern made her announcement on Wednesday. She and her ministers and public service chief executives would be taking a six month 20% salary cut as an act of leadership and to “show solidarity with New Zealanders in their hour of need.” “Solidarity” isn’t a word I’ve heard much since it got lost in the neoliberal babble.

But there it is: the symbolic gesture. It’s what great leaders have always done in a crisis. Like George VI and his family electing to stay in London throughout the Blitz. Their house may have been a bit bigger than the East End terraces being bombed nightly to oblivion, but it suffered the same risk and was hit 9 times. It’s what great military commanders have always done: Kippenberger mucking in with his men during the war, sacrificing both his feet to a landmine at Monte Cassino. Such leaders win loyalty when they are alive and respect when they die.

We’re equally ready to condemn when a leader gets it wrong. Marie Antoinette sniffs, “Qu’ils mangent de la brioche!”, Bush sits frozen among the kids at the kindergarten. And here, on the same day as Ardern’s announcement, there’s Bridges’ having a ScoMo moment as he grills TVNZ’s chief executive. “You’ve sort of asked for it,” he says, with the little anticipatory wriggle a cat makes preparing to pounce on a waxeye, “but if Netflix is your major competitor, why the hell are we funding you?” And the waxeye replies, “Well, I don’t believe you are, Simon.” There it is: Bridge’s adolescent aggression – “You’ve asked for it”. “Why the hell?” – followed by the kersplat! of ignorance and lack of preparation.

We are watching them, our leaders.  Gavin Ion, who gets it right in Waikato, while his colleague Richard Briggs gets it so wrong, offering 0.5% of his immense salary before public opinion forces him to do better. We watch them, the CEOs whom Joe Bennett once memorably pointed out were once called Town Clerks who kept the country ticking along in their cardies for a fraction of the salary. We watch the CEOs of DHBs who seem intent on hanging onto every penny while the nurses in their employ risk contracting the disease on $28.34 an hour.

Crises expose individual character. That was one lesson taught by the Christchurch quakes, along with humility before the power of natural forces, patience, adaptability. The quakes made some allowance for escape. A couple of hours away all was calm. And they allowed for sociability. The backyard winter meal with friends, the jazz concert in the one occupied house on a dark deserted hillside suburb.

A pandemic is a quieter, isolated place. But still there are those gestures, big and small. Yesterday a friend offered to sew my daughter scrubs.  “I’ve got some sheets,” she said, because we can’t buy fabric. The choice was pink, blue or a brilliant tropical print. “That’s the one I’d go for,” she said. I don’t know if my daughter will ever turn up on the ward in her parakeet outfit, but I love my friend’s gesture. It’s like all those women in World War I knitting socks and scarves and those typhus belts that could be wrapped about a soldier’s body to ward off disease. Such desperate hope in the stitches, before the raking of Howitzer fire.

This week we might be entering a new phase. A slight loosening of restraint. Or maybe not. Whatever, it’s a dark and tangled forest. But we are following a great leader and a team worthy of our respect.

And we know that because they have made the right symbolic gesture.