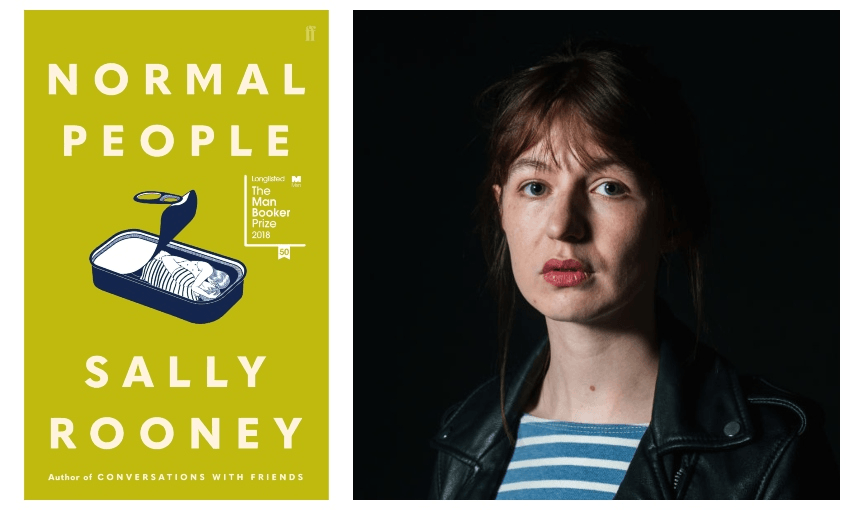 The very best book of 2018: Normal People by Sally Rooney

By Kim Hill
Guest writer
Made possible by

All week this week we count down the five best books of 2018. Number one, the very best: Kim Hill reviews Sally Rooney’s novel Normal People.

The buzz around young Irish writer Sally Rooney made it very difficult to review Normal People. Even to read it. Would it be as good as everyone insists it is? I avoid books and movies that get the five star raves. All that lavish praise, it tires me out. I feel my ears ringing with the applause, and can’t be bothered sitting through the thing. Places too. I’ve heard so much about how fabulous Vietnam is, I feel as if I know it already. It’d be a second-hand experience. The risk of disappointment is too great. Coldplay. Kanye. Meh.

Plus, what if I don’t like it at all? On the back of Henry Miller’s Tropic of Cancer I seem to remember a borrowing of Samuel Johnson’s “When a man is tired of London, he is tired of life.” Well, I did get tired of Henry Miller, as you do. (Come on!) But the pressure to adore him was intense at the time. What, me? Tired of life?!

This preamble is just the kind of displacement activity that has filled the time that should have been spent writing the damn review. Micromanaging the sweet-peas. Clipping the dog. Clipping the dog again to try and make it look less like he’s had a terrible accident. Trying to like harp music. (Not a reference to Ireland at all, but strangely coincidental.)

One of the interesting things about the book…yes, the book now….is that you wouldn’t easily tell you were in Ireland. There’s Sligo, where Marianne and Connell are from, and Dublin’s Trinity College, which both attend, and that’s about it. Worryingly large quantities of alcohol. It’s a fact, so. Plus, no pop culture references, thank heavens. A mention of Van Morrisson doesn’t count, obviously. This book is…let’s say it…so good that it doesn’t need those kind of props.

Marianne’s the clever girl at school who wears ugly shoes. No make-up. No friends. Rumour has it she doesn’t shave her legs “or anything.” That’s great, that “or anything.” Oh god. Let me turn off this harp music. It’s making me tired of life.

She’s posh. Her family employs Connell’s solo mum as a cleaner. At school, they pretend not to know each other, because he is cruelly ashamed of their relationship. We’re inclined to think that Marianne is the oddball, but turns out Connell’s a bit of a misfit as well. He hates having sex so much he feels sick. (Anyone sick of sex is sick of…, as Henry Miller probably did say.) But he gets more uncomfortable with himself as time goes on, and she seems to be the opposite. Early on, she’s soft and white, her face “lacks definition”. She acquires friends, becomes beautiful, while Connell, popular and successful at school, loses himself to depression and uncertainty: “He could go to Trinity like Marianne. He would start going to dinner parties and having conversations about the Greek bailout. He could fuck some weird–looking girls who turn out to be bisexual. I’ve read The Golden Notebook, he could tell them.”

The story of Marianne and Connell is told episodically over the course of four years, each chapter like an entry in a diary written by an invisible third person so intimate that he/she can tell what’s in their minds. It’s not like the usual authorial voice. Each entry is dated a few days, or weeks, or months after the last, and each starts headlong into a new scene.

“She’s in the garden, wearing sun-glasses.”

“He wakes up just after eight.”

“He’s just come back from the library.”

I was going to say, it’s life with the boring bits edited out. But then I realised those examples all sound fairly boring. Except it’s cleverly theatrical, and delivers a lot of information in sketches, without seeming to over-explain. It’s told chronologically, no fancy leaping around from the future to the past and back again. It’s hard to pull that off, if you’re not Kate Atkinson.

Those four years are so intense for both of them, so literally formative. They are practicing themselves, growing towards each other and then apart, misunderstanding and getting the timing wrong, but always somehow in each others’ orbit.

The epigraph is from George Eliot’s Daniel Deronda, which is set at a time when money and class and the appearance of respectability dictated everything, with often miserable results. Marianne and Connell live in apparently freer times, yet seem as constrained. The rules are so much harder to decipher these days. In Eliot’s book, Gwendolen tells Daniel she’s a better person for having known him. In Rooney’s, both Marianne and Connell are better as a result of each other.

The male characters are without exception flawed. Marianne’s dysfunctional home life, loveless and violent, has set her up to submit to men who hurt her. Connell knows he has the power to do that too, knows she loves him, would do anything for him. His problem is to work out what he does with “the terrible hold” he has over her.

Is it a feminist novel? In as much as it’s dealing with males and females and how they treat each other, yes. But the beauty of it is in its particulars, the very complicated bits individuals consist of, and how extraordinary it is when, even for a little while, to refer to the George Eliot quote, “some personality touches (another’s) with a peculiar influence, subduing them into receptiveness.”

The fourth best book of 2018: Simple by Yotam Ottolenghi

The third best book of 2018: Calypso by David Sedaris

The second best book of 2018: Māori Made Easy 2 by Scotty Morrison