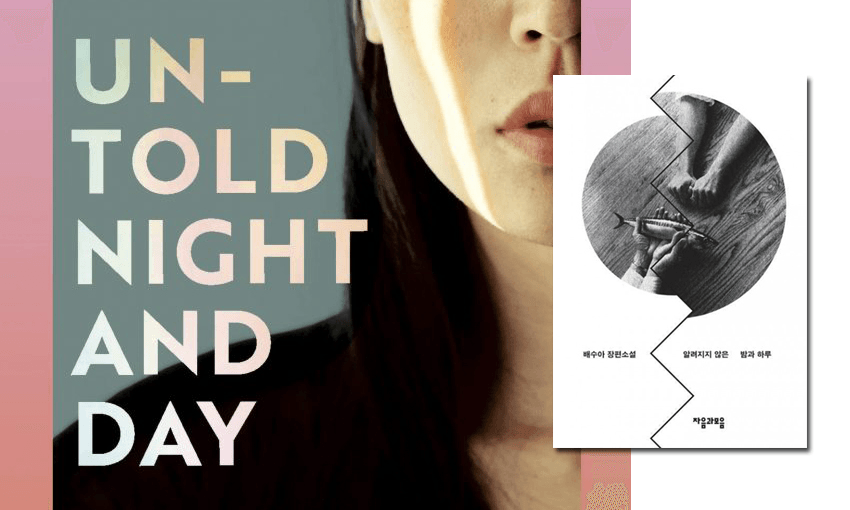 Fever dream: Pip Adam on Bae Suah and the art of translation

By Pip Adam
Guest writer
Made possible by

When I was at primary school I was given a tiny doll in a match box. On the matchbox were printed the words Mon Ami.

“It means ‘my friend’,” explained my next-door neighbour who was at high school and probably the coolest person I knew.

I’ve written about this event over and over. It feels like a fundamental part of me. Like the moment a door opened and stayed open and allowed some kind of travel in the intervening years. Later I read that “translate” comes from two Latin words “across” and “to carry” and it was the most accurate expression of what had happened that day.

I’m captivated by the act of translation and have found myself drawn to translated texts in a way that makes me think, maybe, there’s something in the act of translation that offers me an experience in form that I can’t get from texts written in English. Of course, I’m interested in and grateful for the opportunity translations give me to read experiences that are not my own, but there is also some kind of particular energy that sits in the words on the pages of translated novels which I think comes from the attempt to carry across. So much of this energy I think comes not from what is carried across whole and unchanged but by the sense, in the reading, of what has been left behind. As I read a translated work, I’m in a constant state of knowing I don’t know – sensing there is something I don’t get. In a world where a person like me can get almost anything they want this is a vital and state-altering experience.

I’m thinking about these things because Bae Suah’s latest, and astounding, novel Untold Night and Day is translated by Deborah Smith and not Sora Kim-Russell, the translator I read Bae’s Nowhere to Be Found through.

Like the matchbox doll, I’ve talked about Nowhere to Be Found again and again and again to the point where sometimes I go to mention it and people interrupt me saying, “we know”. Despite all this talking, I’ve found it hard to explain why I love this book so much. Sharlene Teo, author of the amazing novel Ponti, was the first person I heard talking about Nowhere to be Found. In my memory, she described it as a book that was about a woman taking a cooked chicken to her boyfriend. The slightness of it caught me. It’s a tiny book but it’s TARDIS full. I fell so deeply in love with it that it has formed an echo in my life. My comings and goings feel filtered through my encounter with this text. I have this odd sense of being able to witness myself in this altered state as if there has been a splitting. I am at once a person who has read Bae Suah and a person who has not because I am a person who has read a translation of 철수.

Sora Kim-Russell has been my gateway to Korean literature for a few years now. Basically, if she’s translated it, I’ll read it. I’m in no position to judge the equivalence of  her translations but I really love them in a visceral and emotional way. Kim-Russell’s a beautiful writer herself and maybe she and I share a similar taste which means the books she’s drawn to translate are the ones I’m drawn to read. But I think I’m also drawn to her work because there’s a basis that gives the books the type of energy I find so compelling. Kim-Russell’s translations offer Korean books to an English-reader in a way that allows a degree of immersion in the text. There’s subtle and intelligent work being done to give a sense of understanding in a way that doesn’t interrupt the tone or mood. However, Kim-Russell also seems to be able to include the gaps – to make art out of what has not been carried across in a way that reminds me of my foreignness and protects the text from my colonising gaze. I can never fool myself that I fully get a book translated by Sora Kim-Russell.

I’ve talked to Sora Kim-Russell about her work and we met last year in Seoul when she took me to a book shop and I bought a copy of Bae Suah’s 서울의 낮은 언덕들. It was an aspirational purchase. I hold it often. There is something in the holding of it, this strange recalibration of myself as a person in love with a book I can never read, knowing only really that it has been written and that it is here.

When my copy of Untold Night and Day arrived I felt my heart drop a little. I knew it wasn’t translated by Kim-Russell but didn’t realise the translator was Deborah Smith.

Deborah Smith’s translation of Han Kang’s The Vegetarian made her well-known as a translator. The book won the 2016 Man Booker International Prize and has been the subject of sometimes-heated debate, most of which I’ve followed obsessively. I often say it’s because I’m interested theoretically in questions of translation but really it’s because I want to try and get a handle on whether I actually love The Vegetarian or Smith’s interventions on the original. Just as there is a set of philosophical beliefs apparent in Kim-Russell’s translations, I think there is one apparent in Smith’s. Of course there is. Decisions need to be made consistently and these decisions need to be guided by some set of principles.

Despite my preconceived prejudices about Smith, I think the thing I was most sad about when I saw her name was that, despite all my brave ideas about my colonising gaze being kept at bay, I was about to find out that maybe I knew nothing about Bae Suah. That maybe I was about to read a version of Bae Suah that I didn’t recognise – couldn’t love. That I was at the mercy of the translator. That maybe I would never get to read a version of 알려지지 않은 밤과 하루 that gave me the Bae Suah I loved in Nowhere to be Found.

In this unease, I began the book and left it and then began it again a few weeks later – finishing it in one day because, in the end, I loved it. Teo calls the book a “fever-dream” and the affect of reading it is like nothing else I’ve experienced. There are stomach-flipping, check-behind-yourself moments of the uncanny. There are deeply thought-out observations of love and life and death and work and poetry delivered in language bent to speak the unexplainable and evoke body and sense experience. And, to my relief, these are many of the characteristics that I found in Nowhere to Be Found. I feel like there is a rhythm to the consciousness of Untold Night and Day which feels like the Bae Suah I met in Nowhere to Be Found.

Smith writes in her translator’s note: “Her [Bae’s] books are filled with repetition, mirroring, echoing, overlapping – of characters, especially women, of times and places.” She writes also, early in the note: “This, too, describes translation, which repeats the book in another language. Repetitions not without change, but as a refrain. It comes after, reiterates, but also modulates. For the resonance.” I feel this so strongly describes my experience. Untold Night and Day has led me back to Nowhere to be Found and Nowhere to be Found echoes through Untold Night and Day. They are different, each has its own experience of Bae, its own argument for her work but they sit in the world in a way that amplifies Bae’s work into a non-Korean speaking community of readers. There is much lost but both translators seem acutely aware of this and although they do it in different ways both make art out of the missing in a way that gives a sense of Bae’s work – a door for us to open in order to be in the presence of these magnificent books.

As I search for the English name for the book I bought in Seoul that wonderful afternoon I find it is Recitation and there is a translation by Deborah Smith available as an ebook and I buy it. The two books – one taking up space and weight in my hand and one a digital file making no weight at all – will act as a reminder of the many ways Bae Suah’s work exists in this world. Echoed, reiterated, resounding.

Untold Night and Day by Bae Suah (Jonathan Cape, $37) is usually available from Unity Books. For now, we recommend buying it as an ebook.