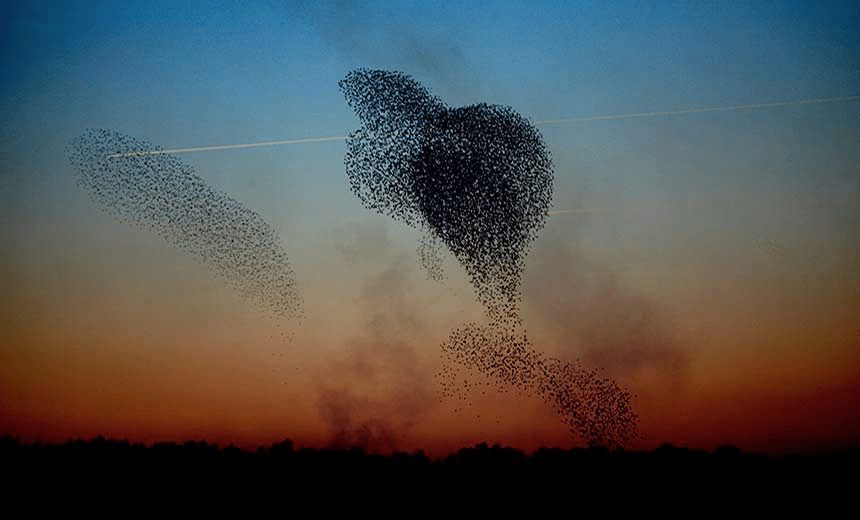 Wanted: poetry by writers not a day older than 25

All week this week the Spinoff Review of Books devotes itself to poetry in the build-up to Phantom Billstickers National Poetry Day on Friday. Today: Louise Wallace, co-editor of an online journal which publishes poetry and stories by New Zealand writers under 25, reaches out to high school students.

I really didn’t like poetry when I went to high school in Gisborne. I wasn’t into it at all. It wasn’t until I got to university and was introduced to the poetry of young New Zealand writers such as James Brown and Kate Camp, who were talking about things like TV and ATMs, that I finally found a connection.

Now, as the founder and editor of the online journal Starling, I’m wanting to make that connection for the latest generation of young writers. Starling publishes two issues of poetry and prose every year at www.starlingmag.com. The deadline for issue five is October 20. Submissions are welcomed from all New Zealand writers under 25.

Publication in journals remains an important way to prove yourself as a writer. It takes a huge amount of perseverance to make that happen. You will be rejected for sure. Even with Starling, our current acceptance rate is around 18%, which is actually pretty high for a journal, but still not great odds. The message I try to stress to young writers is that it’s not necessarily a reflection of the quality of your writing. Your piece just may not be to that editor’s taste, they may have already selected something similar for that particular issue or they may not have had their morning coffee when they read your poem. Of course raw talent is needed when it comes to writing, but after that most of it is just grit and hard work. You have to keep going, and keep pushing.

My co-editor Francis Cooke is one of the nicest people you’ll ever met, and incredibly generous in his support of other writers. We read all the pieces separately first, and we read them blind – without knowing who they are written by – then we match up our lists. Usually there’s around 10 or so writers we align on, but with a few each side that one of us feels strongly about. We come together for a day and drink a lot of tea and hash out what’s going in and what’s not going to make the cut.

The thing for the young writers submitting to Starling to remember is that if we’re reading hundreds of submissions, what is it about your piece that’s going to make it stand out? Usually it comes down to a unique voice, and I try to encourage young writers to write a bit more like how they speak. Often when it comes to poetry, writers immediately turn to a sort of lofty, high-level language as well as lofty, high-level subjects, like war and loss. But poetry needs detail and imagery to ground it – and they need to be things I haven’t seen or heard before – so using really specific descriptions is another good thing to focus on. For example, in the opening line of Joy Holley’s poem “Confession #2” in our fourth issue, instead of simply saying “we met at the café”, she writes “we met at the café with uncomfortable chairs”. The uncomfortable chairs is what makes that setting more specific and elevates it beyond other pieces.

Most of the submissions for our first three issues came from the main cities. Our challenge is to publish more writers from the regions. I absolutely know they are out there, and we just need to keep working and growing until we reach them. What I really want is an avalanche of young voices coming from all sorts of places in New Zealand – Ōpōtiki, the Catlins, Kaitaia, Clive – so that they can’t be ignored.

When I set up Starling I began the task of trying to get the word out to schools and tertiary institutions. I emailed media outlets that I thought would best be able to reach people under 25, and also Creative Writing/English Departments at universities. We got a positive response from a few, like Radio NZ, Salient and Tearaway, and in the end we actually got a great response to the call for submissions for that first issue, receiving over a hundred.

Another tactic was that I paid for a poster run through Phantom Billstickers in Auckland, Hamilton, Wellington and Christchurch. It was cool to see those posters hitting the streets, where any young person might notice them. I also hit up polytechs and LIANZA, the Library and Information Association of New Zealand Aotearoa. In some ways my main focus wasn’t necessarily reaching the young writers themselves, but reaching those people like passionate librarians, teachers and mentors who can be so critical in a young person’s life. If they knew about it, then they could let those young writers in their lives know about it too.

We’ve always desperately wanted to reach schools. We’ve had a couple of big lifts in the last few months and I’m excited to see the outcomes of that at our next deadline on October 20. Award-winning poet and high school English teacher Marty Smith acts as our Starling in Schools advisor, and this year we were successful at gaining a keynote spot to talk about Starling at the NZATE (New Zealand Association for the Teaching of English) Conference, held in Waitangi in July.

We had the chance to speak about Starling to around 150 teachers all in the one room, and then run workshops with smaller groups. I know that teachers are extremely busy, so although many of them had heard about Starling, they might not have had the time to figure out how to implement it in their teaching. We were able to give them the tools to use Starling in the classroom through simple writing and reading exercises and activities using the journal.

Just before the conference we set up a Starling in Schools Facebook group, where teachers could quickly and easily share activities and tips for teaching creative writing in schools. As soon as we started our keynote at the conference and let teachers know about the group, my phone started going off with notifications of teachers wanting to join. We now have over 90 English teachers in the group. It’s exciting to think these teachers will be sharing Starling with their students right across New Zealand, and that soon we might be hearing from those young writers in Ōpōtiki, the Catlins, Kaitaia, Clive….

The Spinoff Review of Books will exclusively reveal the winner of the 2017 New Zealand Schools Poetry Award at the stroke of 8am on Friday. That person will join a line-up of other young writers reading their work at the launch of the latest issue of Starling at 10.45am at Vic Books in Kelburn.