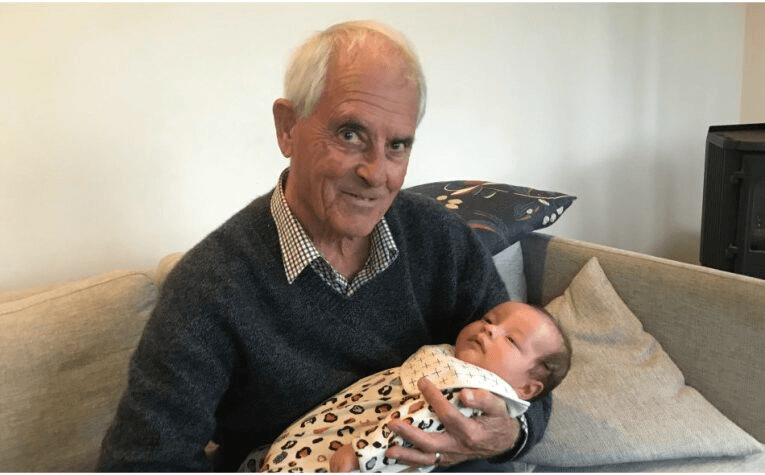 Losing the clot: the story of how I nearly died, by Graeme Lay

A trip to the bookshop ends in calamity – and an encounter with the calm, candid and kind medical staff of North Shore Hospital.

As a great admirer of Hilary Mantel’s writing, I looked forward to reading the final novel in her trilogy set in Tudor England, The Mirror & the Light. I drove down to my local bookstore, Paradox Books, to buy a copy. First, though, I parked the car in the New World carpark. It was the afternoon of March 14, 2020.

I duly bought the novel. It was big, 875 pages. I carried it in its paper bag back to the car and put it in the boot. Then I went to open the driver’s door of the car, and stopped. Something was wrong. Very wrong. The world began to tilt, wildly, as if an earthquake had struck.

I knew nothing more until I partly regained consciousness, aware that I was lying in a pool of blood and vaguely aware that the blood was my own.

There were the voices of strangers. Women’s mainly. They had seen me fall and rushed to my aid. The men’s voices were coolly professional – paramedics. Someone had called 111. I was on a gurney in the ambulance. Someone else had cut off my shirt, another someone had attached electrodes to my chest. “I’m Steve,”* one of the someones said. The siren was activated, the ambulance began to move. What the hell is happening? I wondered. “Not the heart,” I heard Steve say to his colleague. “An embolism,” the colleague diagnosed.

Cars, houses, streets rushed past. In minutes I was admitted to the Intensive Care Unit of North Shore Hospital. I had not spent the night in a hospital since I had had appendicitis, when I was twelve. Curtains were drawn all around the bed I was in. Curtains for me? I wondered in another madly confused moment.

Doctors and nurses surrounded the bed and conversed in low, calm tones. There were bright lights. A bladder was wrapped around my left bicep and inflated. A dressing was placed over my right face where a wound had opened after it came into abrupt contact with the carpark concrete. The source of the blood. A ventilator was activated, a twin oxygen line inserted into my nostrils. It made an unending gushing noise. Lines flowed from above and into a vein in my right arm. There was no pain, but I was conscious of the wound on my face, and the bloodletting it caused.

In this way I was welcomed into the world of ICU. Here I resided for the next four days, receiving 24-hour nursing care. Never had I been the centre of so much attention. Haematologists, cardiologists, radiologists and assorted technicians came to my bedside. “You can’t drive for a year,” I was informed sternly by one doctor. A year?

I was transported to the radiology department, where a brain scan revealed some cranial bleeding. An interior vena capa filter, made from the alloy Nutrinol, was inserted into my right femoral vein, to prevent the blood clot from migrating north to my lungs and heart. By an extraordinary coincidence the IVC filter turned out to have been one devised in the US by my wife Gillian’s cousin, an English materials engineer. I later emailed Neil to thank him for his good work. From now on, visits from Gillian and my adult children were the highlights of the day.

Also of great interest to me were the doctors, consultants and the nurses on their twice-daily ward rounds. One consultant, a middle-aged woman with a headmistressy manner, would introduce me to the team. “This is Graeme. He’s 76, and he walks and swims.” Doesn’t everyone? I wondered. Evidently not. She was also the one who informed me candidly that if the embolism reached my brain, “You will probably die.” Although I did my best to persuade the clot to not make this fatal move, I was well aware that it was principally the skill and attention of the medical staff who were doing their best to ensure that the clot was not traveling north.

The medical professionals were superb. When one night I suffered seizures – far more terrifying than the initial collapse – two young doctors, Andrew and Matt, calmly restrained me and administered drugs that overcame the seizure.

Then there were the nurses who cared for me during the long night hours, first introducing themselves. “Hello Graeme.” Hugo was from Hungary. “Good evening Graeme.” Luigi was from Milan. “Hi Graeme.” Eleanor was from Manila. Yes, they had come to the ICU ward of North Shore Hospital from all over the world. And they were wonderfully considerate, all of them.

There were amusing aspects to my time in ICU. Aware that the world outside was beset by the Covid-19 virus and needing to follow the news, I asked that my little transistor radio ($41 from the Warehouse) be brought to me from home. That happened. I was lying in bed listening to the increasingly grave news from overseas when Danielle, a lovely 20-something night nurse, noticed the radio.

“What does it do?” she asked, mystified.

“That’s awesome,” said Danielle. “I’ll get one for Granddad for his birthday.”

After five days I was deemed sufficiently stable to be transferred from ICU to a standard hospital ward. I didn’t want to leave. “I like it here,” I told Louise, one of my nurses, “this is like being in Business Class.” She feigned indignation. “This isn’t Business Class, it’s First Class.” She was right. Being in a standard ward was a come-down to Economy. I shared a room with an elderly dementia patient, one who had the mental health “issues” of a National Party politician and another whose trolley constantly clinked with the wine bottle collection that he had somehow smuggled in. None of the three made appealing company.

I was in the ward for several days. The treatment was working. The face wound began to heal, the purple bruising on my right arm began to fade. However a tremor in my right hand prevented me from writing. I also felt enfeebled – even going to the bathroom was like walking on Mars – and I had little appetite. But my blood pressure was normal and the filter had blocked the embolism’s passage. Another brain scan revealed that the cranial bleed had almost gone.

I still felt like a clot, though, realising that I had had warning signs before the occurrence of the initial seizure: extreme shortness of breath and a persistent dry cough. It was not the dreaded Covid-19 virus, but the symptoms were disturbingly similar.

I was discharged and returned home, after 10 days in North Shore Hospital and just a few days before the whole country went into lock-down. Or lock-up, as I thought of it, since I was locked down within a lock-down. The whole world had undergone a circulatory seizure, caused not by clotting but a virulent virus.

During my internment I had missed an important family event, the birth of another grandson in Waitakere Hospital. I wasn’t able to see Sebastian for another six weeks. I remain car-less, and I’m on a strict course of blood-thinner and anti-seizure medication, twice-daily doses of Levetiracetam and Pradaxa (Just who in Big Pharma dreams up these weird names?). The care I received from our public health system was exemplary. And thanks to that care, I’m able to write again.

Like all near-death experiences, this one made me doubly grateful to be still alive and acutely aware that every living day is precious. And the realisation that marrying a nurse was one of the best things I ever did.

Oh, and what of Hilary Mantel’s new novel? During my recuperation I read as much as I could manage, getting to page 320. Then I gave up. Although the novel is wonderfully well written, a convalescing reader can take only so many stake-burnings, disembowelings and beheadings. Not even August’s Lockdown Revisited could drag me back to reading that novel.

I will finish The Mirror & the Light, but not this year.

*Names of medical staff have all been changed.

Graeme Lay’s latest work is 100 Days that Mapped a Nation (New Holland, $65), which is available from Unity Books Wellington and Auckland.