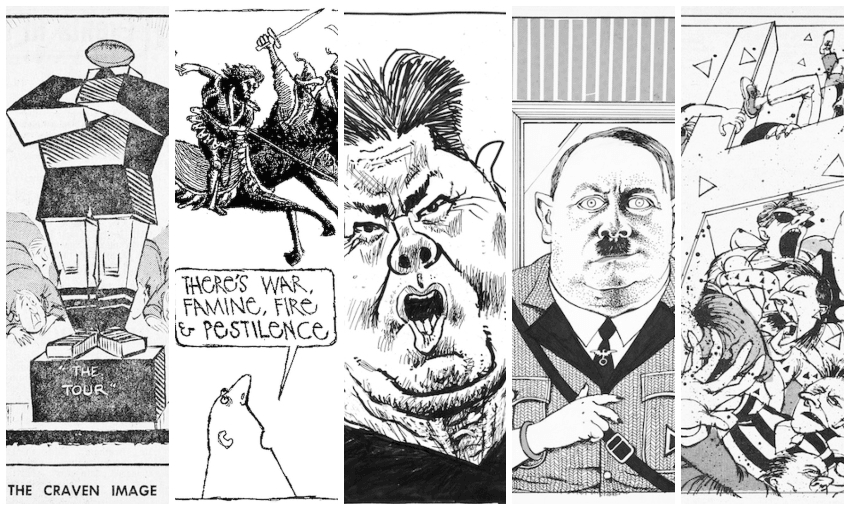 The uncomfortable history of religion in New Zealand cartooning

A new book about the depiction of religion in New Zealand editorial cartoons reveals some disturbing truths.

Last week the NZ Cartoon Archive at Wellington’s Alexander Turnbull Library published Mike Grimshaw’s Bishops, Boozers, Brethren & Burkas, which looks at religion in New Zealand through the eyes of the country’s cartoonists from the 1860s to the present day.

Grimshaw’s book shows that the events of 15 March in Christchurch were not simply an appalling aberration. The cry of ‘This Is Not Us’ was heartfelt but much more hope than reality. Anti-Māori, Chinese, Indian and Jewish sentiment at various times in New Zealand history has been virtually ignored in general histories until cartoons showed, sometimes in exaggerated form, ‘evidence’ of these commonly held community views.

Today, Grimshaw says, as more people from Islamic countries settle in New Zealand, Islamphobia is alive and well. His book looks at a wide range of topics from the 1860s when there was considerable tension between religion and politics, but religion was a key part of the fabric of society, to today when religious beliefs are increasingly seen as out of step with modern society.

Mike Grimshaw chose to build his book around editorial cartoons. He says: “Cartoons are an invaluable resource for all who seek to make sense of both the present and the past. They can and should make us feel challenged and uncomfortable; they should make us reconsider what we think, believe, do and say.”