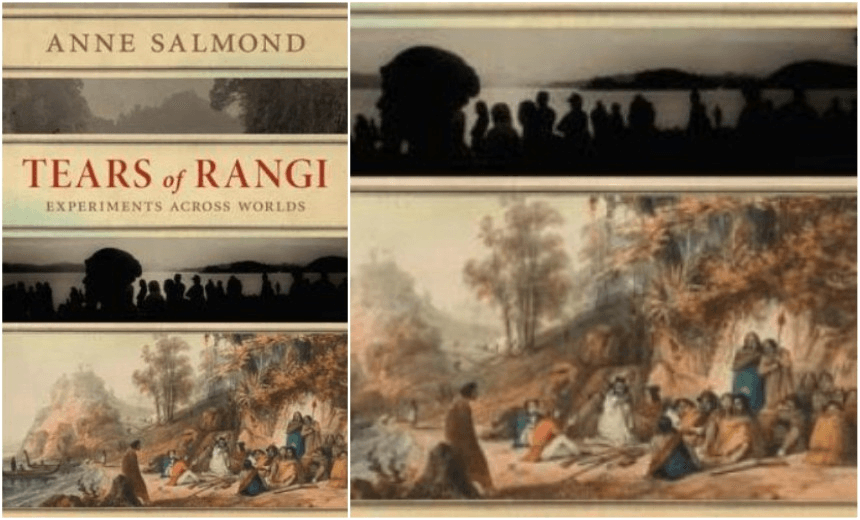 Dame Anne Salmond: how a Spinoff reviewer got it wrong about my new book

On Wednesday the Spinoff Review of Books published a negative review of historian Anne Salmond’s latest work, Tears of Rangi, which claimed Salmond reduced her Māori subjects to ‘cardboard caricatures’. Here’s her response.

This is a very interesting review. As Ranginui Walker used to urge, scholarship is like a marae, and one must be ready to “be blown about by the wind, and shone on by the sun”. Academic debate is often vigorous, and not always measured. Sometimes it’s largely about trying to knock the feet from out under another scholar – but that’s human nature, I guess.

In his review, Buddy Mikaere pleads for a balanced depiction of Māori life, past and present, and of Māori and other ancestors, with their frailties as well as their strengths. No one can argue with that.

At the same time, he asserts that Tears of Rangi fails in this respect. Like the work of other twentieth century Pākehā scholars, he says, it depicts Māori ancestors as “noble savages,” while emphasising the savagery of European ancestors in the same period.

Is this assertion fair, or does Mikaere fail his own test of balanced judgment? Other reviewers have come to very different conclusions. After reading detailed accounts of Hongi Hika’s campaigns in the first part of the book, for instance, with its repeated descriptions of enemies being eaten and slaves being sacrificed, it’s puzzling that such a claim can be made.

Mikaere is particularly incensed that the book repeats statements made by a long line of European observers, including Samuel Marsden, about the lack of violence by Māori men towards women and children in the early contact period. His anger, however, might be more fairly directed at the European eyewitnesses themselves. Time after time, they repeat the observation that Māori men did not strike women and children in their own families, and that the children were indulged and happy.

Mikaere goes on to state that the book misrepresents the treatment of slaves in New Zealand, and that it fails to mention the fact “that it would not have paid to be a slave – man, woman or child – in the happy Māori families described by Marsden”. On page 387, however, the book discusses the killing and abuse of war captives, and notes: “Marsden was clearly not thinking about ‘slaves’ when he wrote about domestic relations in New Zealand.”

This mistake really matters, because it was Māori family life that the European observers were describing. Their accounts directly contradict many contemporary, virulent ideas about the ancestral treatment of Māori women and children, based as these are on prejudgments about ‘ignoble savages’ that are still prevalent in Aotearoa-New Zealand.

Indeed, it’s weird that Mikaere speaks so warmly about Peter Munz’s review of my earlier work Two Worlds, because in that review, Munz described the ancestors of Māori as having “early minds”, with a limited capacity for intellectual inquiry, and a “closed” society with community fora (marae) that discouraged questioning and debate. Although Munz knew almost nothing about Māori life, he was prepared to dismiss it as inferior. If that’s Mikaere’s ideal of scholarly inquiry, it’s not mine.

There are other matters in which I think the review is unfair. In the end, these matters will be resolved by the judgment of peers over time. Again, no one can argue with that.