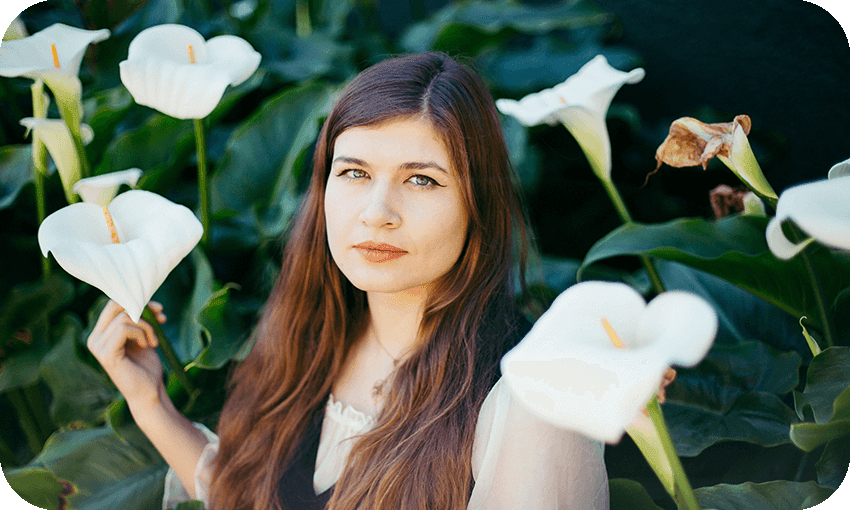 “The 2023 Ockhams are going to be a bloodbath.” You hear this sentiment a lot, bouncing around the literary events of Te-Whanganui-a-Tara, in launch speeches and around the free booze table after readings. And boy howdy, they’d be right. This year has brought a glut of incredible poetry collections from powerhouses such as Chris Tse and essa may ranapiri as well as from first-timers: see Jordan Hamel, Khadro Mohamed, and Cadence Chung. Many more promising numbers are sitting in my to-read pile or are still forthcoming.

Meat Lovers, the first poetry collection by Rebecca Hawkes, seems like a book that would thrive in a bloodbath. Broken up into two sections – Meat and Lovers – the collection is visceral, successful in its embrace of the sexy and lush as well as the strange and grotesque. Hawkes is particularly masterful in her precise and vibrant descriptions, the kind that leave you wondering how a fly-struck sheep, say, or cling-filmed supermarket meat, could be described any other way.

Sometimes, the imagery is so intense it’s almost as if I can touch it: in ‘Waif & stray’ a ewe’s mangled eye is “iodine stained & pulpy, like a knot in a school desk stuffed with chewed gum.”

Or in ‘Flesh tones’, where swift rhythmic language mirrors the fast and indiscriminate processing of lambs “to an orderly beat of bleat-shunt-roll-pop-squirt-snip-snap-shove”. The sharpness of the language makes for a rich and often bloody examination of the farming industry, bodies, sex, and love.

It’s not just the way Hawkes describes things. At many moments while reading I was struck by her ability to pace poems in order to build impact. In ‘Is it cruelty’, two girls encounter a dying sheep on their way to swim in a river:

“If the sheep tries to get up when it sees them but can’t?

If the sheep’s eye rolls back in its head, hazel

pupil? If they are two shadows that blot out

This poem, which consists entirely of questions, amps up the gruesome horror-esque suspense by repeating: “If the stone hits the skull with a sick quiet thud that is barely a crack?” The traumatic image with its nauseating onomatopoeia builds emphasis with each repetition, giving the question “Is it cruelty if…” an increasing sense of urgency and desperation.

‘After the blizzard I followed my mother’ is another poem that struck me with its ending. This is a balanced and piercing piece where the speaker leaves the warmth of their home to care for cattle. The space in between each two-line stanza is reminiscent of paths made in snow:

“My mother said our service to the cattle came first, although the power

like badly stacked firewood tumbling towards her, heavy enough

The connection between the dependency of cattle and the stark and frozen landscape to uncertain familial relationships is most striking in the final line of the poem, when the speaker asks about their mother: “And what if she dies while we are still angry with each other?”

Underlying the collection is an examination of the contradictory way we view animals as adorable embodiments of innocence while also killing them, often brutally. In ‘The Conservationist’ the farmer’s daughter has “hands flexing restless to snap necks/to caress”. Even the title – Meat Lovers – embodies this duality. Descriptions of sheep in ‘Flesh tones’ are horrific and then beautiful when the speaker remembers being “ankle deep in a bursting purple corpse” before cauterising the tailing wounds of lambs with “eyes the warm brown of sunshine on a cello”.

‘Hardcore pastorals’, the seven-part poem that ends the first section, is the bloody and pumping heart of the collection (and is a sequence of poems that deserves a whole thumping review of its own). Its final section switches it up by changing to the first-person perspective of a cow about to be slaughtered. The cow speaks with power:

“I know all about your mistakes and am judging you

behind my placid bimbo-gaze I calculate

the leached nitrates the cargo of conflict phosphates

the torturous farrowing crates the ever inventive

The cow challenges the reader to reconcile their cognitive dissonance, to stop fucking around by pretending we aren’t all a part of the slaughter:

do not just cruise past in that decrepit subaru legacy

you feast from these paddocks already

even if you have never set foot in them”

Meat Lovers is also a deliciously queer collection. The recurring motif of the werewolf is used to speak to the perceived danger of queerness to people around us. In ‘Werewolf in the girls’ dormitory’, the speaker hides what feels like a terrible secret:

“certainly you don’t want anyone else to

detect the unguessed danger inside you.

press the yearning moon to the roof

The idea of queerness as a danger to others is examined through the roles of predator and prey. The werewolf has internalised the idea that their sexuality makes them an inherently frightening imposter. This idea is also echoed in the brilliant and heartbreaking poem ‘I can be your angel or your devil (know your meme)’, when the speaker makes sure to clarify that they did not look at their drunk friend while helping them shower. Learning to accept your queerness often involves unlearning the idea that you are inherently perverse or monstrous. A lot of time is spent reassuring others (and ourselves) that we do not intend harm.

For me, reading and re-reading Meat Lovers has served as one of the only surefire ways to cut through the ever-looming gloom of winter. A much safer way to get that spark of feeling than licking batteries or engaging in intense Trade Me bidding wars for shit you don’t actually want. It is everything I crave in a collection: wild and never pulling its punches while also honed and balanced in its craft. The kind of collection you point to and say, “I want to do that” (or maybe “I’ll have what she’s having”), Meat Lovers is a testament to one of the biggest talents on Aotearoa’s poetry scene.