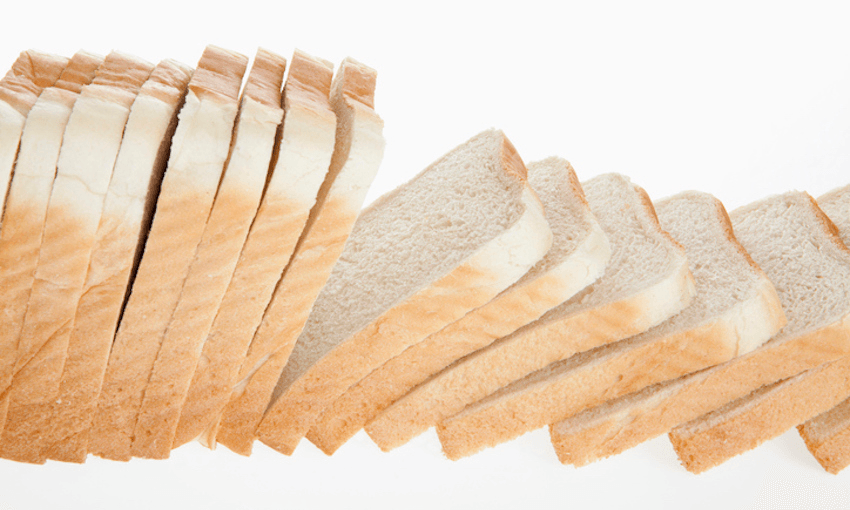 ‘A little bit of brown sugar on the pile of white bread’: an essay on Māori achievement

By John-Paul Powley
Guest writer
Made possible by

“This bird [the ruru] with a hundred eyes was venerated in Taranaki, where Te Whiti had chosen this symbol and the stalking Pakeha cat for an action song depicting events that he said were yet in the future.” – (Keith Newman, Beyond Betrayal)

Let me be ruru; let them be cat.

Go and walk to the front of the old Dominion Museum in Wellington. Look back at the “impressive stripped classical” entrance to that old museum and then head right. There’s a memorial there. One large rectangular rock sitting on its shorter side supporting another smaller block. An upside down exclamation mark. Some plaques on the ground will tell you that this memorial is to Māori men who passed through Wellington as prisoners from Taranaki in the 19th century. There’s a photo of them wrapped in blankets, and the two stones are supposed to illustrate that: a man wrapped in a blanket with his head down.

It doesn’t say that those men were arrested for carrying out acts of peaceful civil disobedience to preserve the lands of Parihaka. That up to 170 of those men were kept in prison without trial in Wellington and stayed there for some time, being used as labourers in work gangs. That the New Zealand government of the time suspended all the principles of the justice they claimed to value to destroy a peaceful resistance, or that the leaders of that resistance, Tohu Kākahi and Te Whiti-o-Rongomai, would come to be seen as right once the arc of justice had been bent back into shape.

It’s an interesting place for that memorial; to the right of the Dominion Museum, and behind the National War Memorial. It was the site of the Mount Cook prison, where those Māori men were incarcerated; but the two impressive structures there now are pieces of text in the official narrative of New Zealand, and the memorial feels like a footnote that few read.

The most recent presenter I listened to on this theme talked about driverless cars, neural lace, and artificial meat. He was talking about this on the day that the US pulled out of the Paris Climate Agreement. In the week of 80 dead in Kabul from a suicide bomber. In the week that tens of thousands more inched towards death in South Sudan. In another year of Māori and Pacific achievement stalled at the bottom of all our graphs, and when Māori incarceration rates reached a new high in this generation.

We should tell that story about the driverless car to the oceans, to the ghettos, to the memorial stones for the men of Parihaka. We should take the PowerPoint of white men in suits talking about OECD reports, and what business wants, and show it to the mental health workers in schools, play it over the graves of the 1000 dead activists in the Amazon, or the prisoners at Rimutaka. All of them are also part of the story of progress.

There’s a religious element to all this faith in the transformative power of technology.

Luke, 3:5: “Every valley shall be filled, and every mountain and hill shall be brought low; and the crooked shall be made straight, and the rough ways shall be made smooth.” Which sounds like a warm cosy place we should all want to live in, but is – in my view – a description of hell.

It describes a flat, featureless plain without roundness or complication. It is a description of a monoculture. A description of the forests of New Zealand turned into grass. Of the mixed cropping and foraging of Parihaka turned into a dairy farm. Of the lost opportunity of a treaty that promised a radically new kind of society but that in the end left one side with only a choice between assimilation, war, or resistance with ploughs and white feathers. Luke 3:5 describes globalisation. The world networked through capitalism.

They are always wanting to be better in the West. Capitalism seems to offer the possibility of having a better life. And it can. Let’s be honest. I live on the fruits of 200 years of imperialism and capitalism. I am, by birth, a member of a privileged club, reaping its benefits, and comfortable within the society that produces those benefits. I reap those benefits without thought. The consequences of my lifestyle are in the future, or externalised to someone else. Yet, I feel out of step. Like I was in a line, marching, and then found myself somehow out in no man’s land, alone.

That last conference I went to had a delicious catered lunch. There were about 500 people at the conference. In the world as we know it, what was right about a plastic bottle of water for every one of the attendees? Or plastic containers for the chickpea salad with a plastic fork? The cling wrap on the cake slice and the sandwich? The brown paper bag?

And wasn’t it good, at my last conference, to see that so many speakers began their presentations with Māori? Of course, a lot of them didn’t pronounce it very well, and some of them were clearly just making noises they didn’t understand. One hundred and seventy-seven years after the Treaty that’s a good effort, right? A little bit of brown sugar on the pile of white bread.

But Māori achievement sits where it does, that mark in our history, our society, and our schools, and we can’t do anything about it because partnership is always described as racist in this country. One rule for everyone is deemed fair even if the same group is always at the bottom, and partnership – which must be between equals – is racist. Isn’t it racist to make one group do everything your way? To vandalise perceptions, change the geography of minds, to relegate a whole language – a whole, beautiful, unique way that a society found to express the world – to the sidelines? Isn’t that racist?

The ruru may do as it pleases, high up in the trees that have not been cut down yet. Down here though, you’d need to dress as a cat, speak as a cat, think like a cat.

Future “thinkers” at education conferences don’t give solutions. That’s not their job. It’s their job to tell teachers that they need to race to keep up to prepare people for something ambiguous in shape and value but part of the narrative of progress.

It was future thinkers who gave us the New Zealand Company. They saw oceans, rivers and forests as resources, and Māori, ultimately, as a frustrating impediment. Futurists are the latest imperialists preaching capitalism and uniformity to the world, and digital space is their ultimate fantasy.

In the digital land we can, the missionaries tell us, create new power structures, new ways forward. If, of course, we have a device, and feel like we are part of that story, which is being written – again – by the West. By the same people who wrote the empires of the past: Caucasian, and capitalist. White straight men from the middle and upper classes. Exactly the same people. Microsoft. Facebook. Google. Apple. We can all of us benefit, they say, we can have Māori Google, but it was never the man who smoked the cigarette who had the power – it was the man with the license to make the cigarettes.

The futurists are the ones drawing the survey maps for a new Taranaki. They are asking education to go out now with their survey pegs and string and lay the groundwork for the new society, to prepare the children to be settlers on the digital land. But it is not new. It is a perpetuation of injustice and empire. Are you going to be a participant? Will you take the survey pegs? If we think resistance is wrong then we laugh at Te Whiti and Tohu and the people who went out with ploughs to say something different. If we think resistance is wrong then the Crown apology at Parihaka was wrong. Wrong to apologise for disenfranchising, falsely imprisoning without trial, for raping, for looting.

When they buried Tohu, his people smashed the casket and buried him the traditional way. There is no headstone on that hill where he is buried. That hill is overgrown now and he is returned fully to the earth that bore us all. Papatūānuku. They want you even in death to conform to their beliefs. Even your dead body is handled by the ideology of the cat.

Come ruru, come. Sing in the trees at night. Sing a different song.