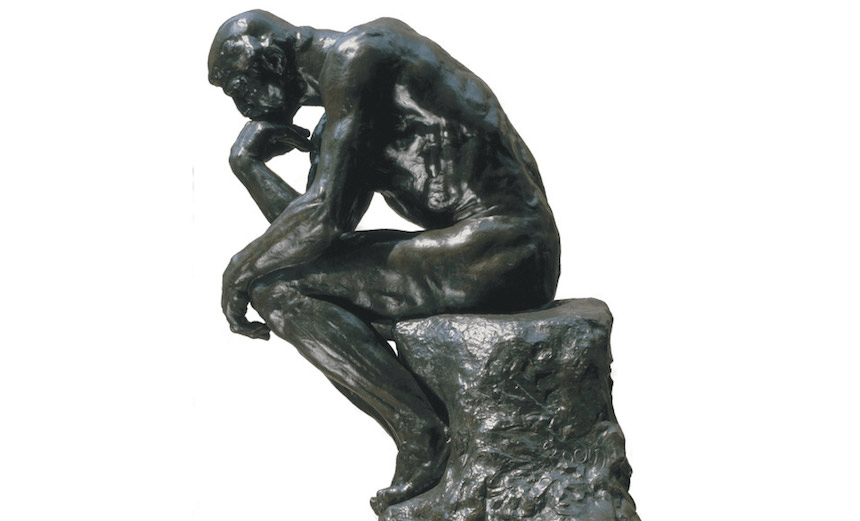 The Monday excerpt: Why are New Zealanders so fucking intolerant of anyone with a brain, ie intellectuals?

By Roger Horrocks
Guest writer
Made possible by

In an excerpt from his new book of essays, Roger Horrocks examines the anti-intellectual climate in New Zealand. Warning: includes fatuous statements by Gordon McLauchlan.

Every culture has areas of repression that make it distinctive or notorious, such as various forms of puritanism, racism, or sexism. New Zealand has outgrown much of the puritanism that dominated its way of life at least until the 1960s. But another old repression – anti-intellectualism – still rules.

Its style has changed over the years, but the basic belief persists that thinking leads to trouble once it departs from the quiet, normal suburbs of common sense. Less down-to-earth ideas stir up scorn and suspicion.

The stimulus for writing this essay was a friend’s request to write “a short history of New Zealand intellectuals”. I could see that a history of that subject would indeed be short, and like most tasks of its kind it would also be unpaid, and bound to be given a hard time by those who regarded it as pretentious. I chose to persevere because I have spent my life in New Zealand and I’m still waiting for a writer to succeed in nailing down the slippery character of local anti-intellectualism.

How many New Zealanders have ever willingly described themselves as intellectuals or applied that term to others except as an ironic putdown? I could not find the word “intellectual” or the phrase “intellectual community” in the index of any of the country’s main histories or reference books. I also made an on-line search of the Dictionary of New Zealand Biography which includes more than 3000 biographies of New Zealanders who have “made their mark” on this country. The word “intellectual” appeared only three times as a noun, though it also turned up in 149 biographies as an adjective – and sometimes functioned as a warning. Dorothy Kate Richmond, for example, had (in her father’s words) developed “a great taste for the life of a refined intellectual swell.”

Two respectful entries referred to left-wing activists – to William Noel Pharazyn, “a committed left-wing intellectual and enthusiast for the Soviet Union,” and to Chip Bailey, a taxi driver, union leader, and communist. Internationally there has been a strong tradition of left-wing intellectuals, often from a working-class background and self-educated. One of the great New Zealand examples was Bruce Jesson, yet Jesson often deplored the thinness of this tradition locally.

“New Zealand radicalism must be about the most theoretically-barren in the world,” he wrote in 1977. His sense that intellectualism was constantly under attack prompted his essay, “The Role of the Intellectual is to Defend the Role of the Intellectual,” in which he remarked: “Most New Zealand intellectuals, I suspect, are prone to timidity as well as conformity. Those who stand aside from the crowd may find themselves isolated, lacking the support of a cohesive intellectual milieu. Their careers may suffer …. Like many frontier societies, New Zealand has not provided a friendly environment to culture or to thought.”

The anti-intellectual atmosphere of New Zealand as a “frontier” society has been well documented. It is widely assumed, however, that these were simply growing pains as the country progressed to its current level of sophistication.

Yet our cultural spokesmen still get nervous when confronted by the “I” word. The headline of a Gordon McLauchlan column in the Herald in 2003 was headlined, “We Don’t Need Formally Educated Fools.”

He wrote: “I winced when I heard of a forum of ‘public intellectuals’ set to perform [at Auckland University] …. I don’t attack the people involved, just the growing claim that we have this species called public intellectuals or that we should.” He remembered that the term “intellectual” had come up during an international meeting of writers in the US a year earlier. When an Argentinian had asked why intellectuals were not mounting a more effective opposition to President George W Bush, McLauchlan replied: “Intellectuals? … Where I come from to call someone an intellectual is to faintly insult him.” He noted that “the English writer and an American nodded with understanding. Everyone else, especially those from Latin America and Europe, stared at me bemused and I realised that the suspicion of people who call themselves intellectuals is essentially Anglo-Saxon.”

What was striking about McLauchlan’s column was not the anti-intellectualism he described but the fact that he approved of it. He saw it as based on “a historical reverence for common sense.” He argued that New Zealand had been “always well-managed” in the century before 1975, and “of the 17 prime ministers during that period, only three had had a university education and two of those were in office for less than a year.”

McLauchlan sought to make it clear that he sided with “the clear-thinking everyday people” against the “intellectuals.” He knew that too much education produced “formally educated fools” with a tendency to “vanity.” He saw our current Prime Minister preening herself in this way, displaying a “mounting hubris.” He added: “for anyone to claim to be an intellectual probably means they aren’t, and the journey from would-be intellectual to prig is short.”

McLachlan’s assumptions – which are widespread in our culture – help to explain why the term “intellectual” produces an immediate wince. Any claimant to the term is trapped in a double bind. Robert Muldoon, though pointedly excluded from McLachlan’s list of good Prime Ministers, liked to argue similarly that the “so-called intelligentsia” was automatically guilty of snobbery.

He used this as a diversionary tactic when experts caught him out making mistakes. He would ridicule his critics as “ivory tower types,” and if they objected to that he would make use of another double-bind: “The left-wing intelligensia frequently accuse me of using what they term the argumentum ad hominem …. Frankly, I think that many of the so-called intelligensia raise this question just to show they know what the term means – a little bit of intellectual snobbery, if you like.”

Writers as different as McLauchlan and Muldoon can thus be seen indulging in the same New Zealand rite of fellowship, the gleeful dance round the same straw man. A crowd will always gather to enjoy the verbal fireworks as some Professor Guy Fawkes – some “ivory tower type” or “so-called intellectual” – is put to the torch. After all, he’s just a bludger who thinks the world owes him a living, doesn’t understand an honest day’s work, and is always at the public trough.

Re-Inventing New Zealand: Essays on the Arts and the Media (Atuanui Press, $45) by Roger Horrocks is available at Unity Books (and was recently number five on the Wellington store’s best-seller chart).