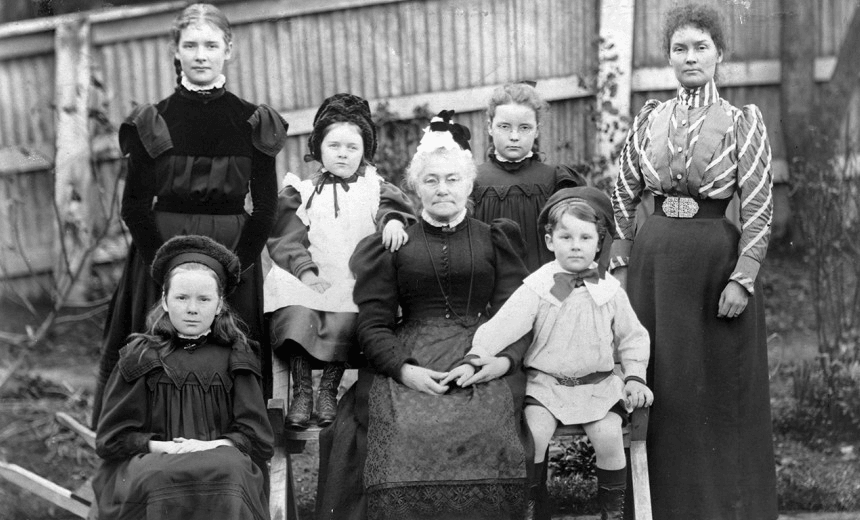 Book of the week: Charlotte Grimshaw on a brilliant portrait of small, fat Katherine Mansfield

By Charlotte Grimshaw
Guest writer
Made possible by

Samuel Revans, who died in 1888, the year Katherine Mansfield was born, was an enthusiastic promoter for the New Zealand Company. His handbills were distributed in London and went in for a fantastic degree of license, describing New Zealand as “a paradise of rolling plains”, where “the banana and other tropical fruits form immense orchards”. Seduced by his false advertising, a thousand settlers sailed into Wellington Harbour, where they found not paradise but freezing, storm-lashed seas, looming bush-covered hills, and a ferocious southerly that carried, most probably, an evil waft of drains. Disappointment was visible on the countenance of everyone, one disconsolate settler wrote. Another described it as a barren, dreary and inhospitable shore.

This poignant meeting of hope and harsh reality is recounted in A Strange Beautiful Excitement, Redmer Yska’s new biography of Katherine Mansfield. It’s a story that resonates perfectly with his project, a history of her early life. Yska spent his formative years in Karori, as Mansfield did, and his book explores the interplay between the imagination and the physical world – the way environment shapes a writer’s mind. Cities are real but they are also cities of the mind; the writer’s ways of seeing and expressing are formed by life in a particular landscape, and perceptions of aesthetics and truth – and even reality – are coloured by experience.

By the time Mansfield left Wellington for London, the city’s gullies and bays and bush, its gales and wide skies, had irreversibly formed her sensibility. Her memory sharpened by nostalgia, she would write her most striking stories about Wellington: Karori, Thorndon, the landscape around Days Bay, the bush, the photographic clarity of the light, the hills, the bullying wind.

Mansfield’s childhood environment was one of striking contrasts: the harsh beauty of the landscape and weather, the squalor in the urban streets. Yska describes a town filled with hazards, most especially the threat of disease from primitive (or non-existent) sewerage systems and open drains. His research has uncovered the unsavoury fact that by the turn of the century, hundreds of Wellington’s citizens were dying from diseases caused by poor sanitation, among them cholera. Katherine Mansfield’s baby sister Gwendoline was one of the victims, dying at just a few months old.

How did Wellington’s sanitation get bad enough to start exterminating its population? Yska muses. It was the threat of disease more than other considerations, he concludes, that prompted Harold Beauchamp to take the family out of the town centre, and install them in Chesney Wold, the big house in Karori.

Gales, barren hills, open sewers, disease: this is the sorry state of affairs set out in chapters titled, “Something Rotten”, “The Wind! The Wind!” and “Labour of Sorrow.” Wellington is revealed as grim, filthy, dangerous to health, and yet, in the course of this idiosyncratic mix of biography and memoir, Yska transforms the terrain into something pleasingly rich and strange: a city of memory, of imagination, of nostalgia – above all, of Katherine Mansfield’s stories.

As he traces her childhood walks and prowls his way through the likely sources of her fiction, the city emerges as beautiful, mysterious and atmospheric partly because, like all places, it lives in the minds of its inhabitants, and is expressed by them. The poet Wallace Stevens believed that the world is a supreme fiction that we invent; here then is Mansfield’s invention. The city is a character in itself, full of life, changeable, chaotic, simmering with violence, breaking out into wild loveliness.

There’s the odd lapse before the book gathers pace, a prologue for example, in which Yska addresses Mansfield as “you”: It is here at Karori that you found an ink pot, learned to spell. Where you dreamed of a writing prize. This schmaltzy, creative writing riff doesn’t continue, fortunately. You can imagine KM giving a fairly salty and mocking reply to Yska’s: I’m late, I know: you’re dead at 34 of the consumption… And this sentence might have earned him the writer’s famously opaque stare or one of her wicked jokes: It’s hard to imagine today – thanks to acres of harbor reclamation and a motorway nipping at its ankles – but the house where Kathleen Beauchamp was born once soared above the Thorndon beachfront.

But these are minor complaints, soon passed over. Yska’s accounts of the area and the life are too compelling to resist. Kathleen Beauchamp is recorded as an intense, silent child, occasionally mocked for being overweight. Yska uses the words “beefy” and “squat”, and quotes a passage from the story “Maata” that describes shame about eating. (Why, why, is it oddly pleasing to learn that Mansfield was a plump, even fat, child? Has this fact been prissily passed over in silence, or did one just miss it? It seems a welcome and charming extra detail.)

Yska himself haunts the terrain, an enigmatic presence, occasionally veering into stories of his own childhood in Karori, and detailing long walks where he traces Mansfield’s route to school, mapping the streets, attempting in some sense to ‘live’ her experience as well as to compare it to his own. Vincent O’Sullivan notes in the foreword, “how much he [Yska] has taken on board, as historian and writer, from his realising that another’s biography is to some extent one’s own; that contemporary biography, like certain modes of contemporary fiction, is enlivened by not accepting the boundaries that traditionally ring-fence it.”

Samuel Revans, that early colonial bullshit artist, went on tirelessly promoting the city, setting the tone, Yska records, for Wellingtonian denial. As the settlers made the best of the tough environment denial set in, and mention of the wind became “impolite”. The frequent storm-grade gales, collectively altered by the supreme fiction of willful blindness, were acknowledged as “merely a nuisance,” “just a bit of wind”, both “enlivening” and “healthy”. But the wind was nothing compared to the reality of the drains, which couldn’t be imagined away, and for the affluent Beauchamp family, escape to Karori made sense. Out there, amid bush and paddocks, the air was clean and the children could roam without fear of contamination from open sewers. And here was the big house, Chesney Wold, which was the source of some of Mansfield’s most famous and brilliant settings.

At Chesney Wold, Yska wanders further outside the boundaries, hovers at the junction between imagination and reality. Invited into the old house at 372 Karori Road by its current owners, he writes, they escort me to the rear of the house, the same space Kezia Burnell glides into the night she arrives here in “Prelude”, holding a “bright, breathing kerosene lamp.”

This treatment of Mansfield’s fictional characters, ‘tracing’ their movements as if their relationship to actual places is real, is a testament to the huge talent of their creator (the characters are so vivid that we feel they exist; they are ‘real to us’) but is also a kind of ultra vires: fiction treated as part of historical fact. Fiction has its sources, but a fictional setting and a real one are not the same thing, no matter how closely they resemble each other; to assert as much is surely to deny the ‘reality’ of the fictional process, by which the imagination takes its sources and changes them – changes them utterly. In fact, if the fictional setting isn’t a place wholly ‘other’ in the mind of the writer, then it’s possible the fiction hasn’t been fully conceived, hasn’t come properly into being, and is at risk of failing.

Elsewhere, in a similar blurring of fact and the fictional process, he researches a Karori family, the McKelveys, to learn more about why Katherine Mansfield featured the family in “The Doll’s House”.

Yska’s straying beyond boundaries is what makes the book interesting though, even as – and because – it raises tricky questions. One of the most useful things a writer can do is roam about lawlessly, exploring the terrain, ignoring fences and rules. It was Yska’s rambling and fossicking that eventually led him to his sensational discovery and the book’s trump card: a previously unknown Mansfield story, published in the Ladies Journal when she was 11-years-old.

On the surface, Kathleen Beauchamp’s “His Little Friend” swims with Dickensian sentimentality. A man befriends a poor waif; he and the boy grow fond of each other; the boy speaks in poignant vernacular; eventually he sickens and tragically dies. But what makes the story striking is the set-up: the writer’s sophisticated understanding, at only 11, that it’s going to be much more interesting if there’s a hidden motivation.

The fictional subtext, that the man lives in a loveless marriage, is conveyed with such oblique subtlety that it’s almost disguised, as if small, stocky Kathleen, with her hard stare and her noticing eyes, is so used to the kind of conventional fiction society demands of her that she knows to conceal her genius under a cloak of girlish sentiment. Dear reader, nothing changes.