A massive leak of financial documents has again sparked debate over whether the world’s wealthy and nefarious are exploiting New Zealand’s laws to evade tax and hide their ill-gotten gains.

Five years ago, New Zealand was rocked by a document dump which revealed the country played an important role in a money-go-round of tax evasion and money laundering used by the world’s rich and famous and the corrupt and criminal. The Panama Papers outed New Zealand as something of (if technically not quite) a tax haven and led to rapid reform of our foreign trust laws in 2017. But this week, a far larger leak in the Pandora Papers has again raised questions about whether the country remains a dirty cog in the global engine of money laundering and tax evasion and if those reforms went far enough.

To understand the Pandora Papers’ revelations and the implications for New Zealand, it’s necessary to step back to 2016. Then the Panama Papers revealed Panamanian law firm Mossack Fonseca reportedly helped its rich clients dodge tax, launder money and avoid sanctions, and involved world leaders and celebrities from Putin to Bono.

New Zealand popped up regularly in the documents. An investigation found the country had become something of a destination for rich foreigners to open up trusts because they were tax-free, provided neither the settlor (the people who open trusts) nor beneficiaries lived in New Zealand or derived income from New Zealand. Our foreign trust laws also meant these trusts were more or less untraceable – settlors and beneficiaries didn’t have to reveal their identities or addresses to open a trust and little information was recorded here. This enabled some to dodge tax in their home countries, which would be hard-pressed to track down their overseas income. Some companies cottoned on to this loophole and marketed New Zealand as a safe, trusted and tax-free place for the wealthy and secretive to hold their assets and the industry boomed. By 2016, when the Panama Papers broke, more than 12,000 foreign trusts were operating in New Zealand. 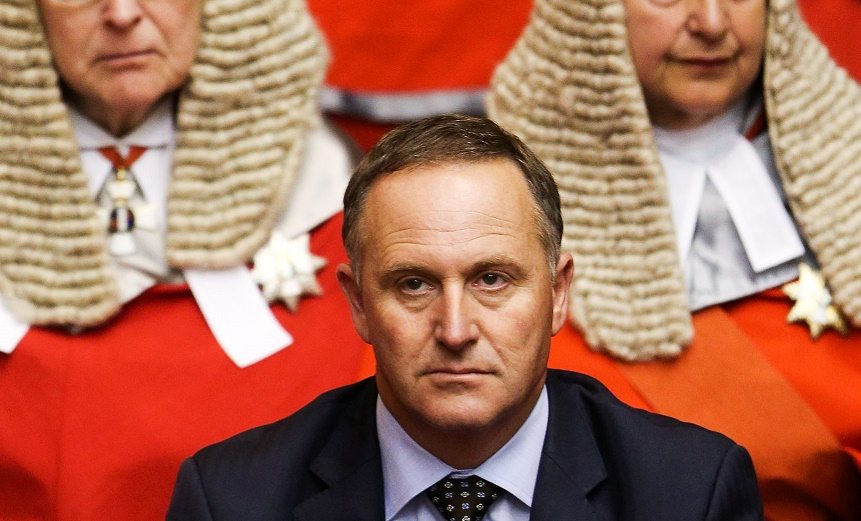 After the revelations of the Panama Papers, then prime minister John Key was forced to defend our tax laws: ‘If you’re looking for secrecy New Zealand is the wrong place to come,’ he told parliament (Photo: Hagen Hopkins/Getty Images)

When the Panama Papers revealed New Zealand’s role in international tax evasion, then prime minister John Key rejected suggestions New Zealand was a tax haven and said this country had a strong reputation for tax transparency. However, as the pressure mounted, the National government launched an inquiry to look into New Zealand’s foreign trust regulations. The subsequent Shewan Report sets out a somewhat shady history of foreign trusts in New Zealand. It said regulations were “very light-handed” and “very little information about foreign trusts is ever actually provided to IRD or to any other government agency”. This meant, rich people could take a “calculated risk” that income from an New Zealand foreign trust would likely never be discovered and could therefore be tax-free in their home country.

While it said New Zealand was not technically operating as a tax haven based on the OECD’s criteria, it was  “reasonable to conclude” that foreign trusts were used to hide illicit funds and to evade tax (which probably fits many people’s definition of a tax haven). It’s fair to say New Zealand wasn’t a tax haven by design, but could be seen to function as one in practice.

The report recommended beefing up the country’s disclosure rules – people setting up and benefiting from trusts would have to provide their details and would be required to file tax returns so their home country could chase down their tax obligations. But it didn’t recommend taxing foreign trusts. It said this would mean most foreign trusts would leave the country which would decimate the financial services industry administering them here, then estimated to be worth $24m to $40m a year. It said the tax exemption for foreign trusts was “entirely consistent with the coherent set of core principles that underpin New Zealand tax policy” and  banning trusts or taxing them is “not considered to be necessary or justified”.

The government swiftly adopted the recommendations and within a year the number of foreign trusts in the country plummeted from about 12,000, to less than 3,000.

But at the time, Labour called for the government to go further and outlaw foreign trusts all together.

The Pandora Papers: the Panama Papers on steroids

Which brings us to the Pandora Papers, released this week. While the Panama Papers involved documents from a single law firm, the Pandora Papers include files from 14 offshore service providers, netting the activities of high-profile people ranging from the king of Jordan to Tony Blair.

So far it has been difficult to determine from the papers to what extent the wealthy continue to use New Zealand foreign trusts for devious purposes. Only a handful of journalists at the Herald and TVNZ have been privy to the documents. The Herald has reported on records from Singapore-based Asiaciti, which promoted New Zealand-registered trusts to clients and has an office in Auckland. It said the company’s Auckland records showed it had “more than two dozen clients the company considered ‘politically exposed’”. The headline figure was a Moldovian oligarch, who held more than $180m in an New Zealand trust, and has been charged with being involved in stealing $1b from Moldovan banks in 2014 and 2015. However, it appears the Moldovian closed the New Zealand trust when the laws were tightened in 2017.

Other figures revealed as having New Zealand-registered trusts include a Russian father and son convicted of fraud, the sons of a billionaire Chinese industrialist, senior Brazilian politicians accused of involvement in a corruption and money laundering racket, and the wife of a Beijing bank executive who was arrested for suspected corruption. But exactly when these figures had trusts in New Zealand – and whether the recent law changes scared them off – has not been detailed.

Meanwhile, 1News has revealed a Roman Catholic order squirrelled away $300m in an NZ trust in 2010 to avoid having assets seized by the Vatican after it became embroiled in a sexual abuse scandal. 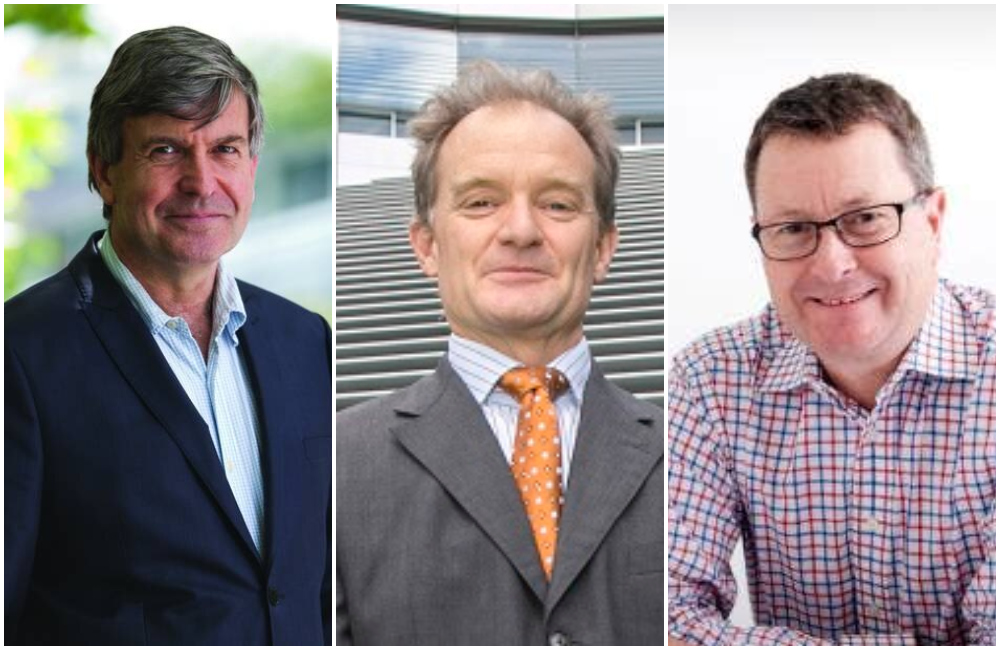 So should we be taxing foreign trusts?

The Pandora Papers have revived debate on whether foreign trusts should still be exempt from paying tax. The Herald reports that then revenue minister Judith Collins promised to tax foreign trusts in 2017. However it said the process has stalled under the Labour government, which has apparently lost its zeal for reform in this area.

In an interview with 1News, revenue minister David Parker conceded a “small” tax loophole still existed, but closing it wasn’t a priority. But he later told the Herald the government still wants to introduce the tax on foreign trusts – at some undefined point in future.

Professor Craig Elliffe is a tax law specialist and has literally written the book on New Zealand’s international tax regime. He says New Zealand is unusual in not taxing foreign trusts and it’s time to look at the rules again. Otherwise, we risk continuing to turn up in these kinds of financial data dumps.

“Even though it’s only four years since the last changes, obviously these characters and these transactions still continue and I think in an increasingly transparent world of international tax planning we don’t want to keep being the country that is running the risk of facilitating these types of arrangements,” Elliffe says.

He says the 2017 changes were sensible at the time, but were still “relatively moderate” and were introduced at a time when New Zealand wanted to encourage a local financial services industry.

“There was quite a philosophy during the Key government that we wanted to be the Switzerland of the South Pacific, so they weren’t averse to the idea of some tax competitiveness that would be good for New Zealand-based financial service businesses.”

But things have changed since then, and he says the case for more regulation is now greater.

“On their own, the new disclosure obligations are great… but the unresolved policy issue is whether they should be exempt from tax or not. The case for being business friendly is now less and the case for being more perceptive of the tax base, not only in New Zealand but also internationally, is greater than it was four years ago.”

Key has defended his government’s regulations of foreign trusts, and told the Herald he still supports the concept of New Zealand becoming “the Switzerland of the South”.

Law professor Michael Littlewood is an expert on tax avoidance and international tax law and says taxing foreign trusts would effectively shut down the industry here as the trusts would move to other tax-free destinations. But that could enhance New Zealand’s reputation as our foreign trusts again come under scrutiny. He says the tax exemption “leaves open the possibility” that people might use the trusts “for various dubious or illegal purposes, such as escaping the taxes they would otherwise have to pay in other countries and concealing the proceeds of crime”.

“To what extent, if at all, this has happened since the disclosure rules were tightened up in 2017 is unclear,” he says. “Taxing foreign trusts would generate little if any revenue, because they would probably all leave. Nor would it stop people resident in other countries wanting to hide their assets from doing so, because there are plenty of other tax havens they could use. But it would eliminate, or, at least, almost eliminate, their ability to use New Zealand for that purpose.”

However, PwC partner Geof Nightingale says people can have genuine reasons for opening up foreign trusts – for instance, if they move countries. Taxing foreign trusts, however, could see some people taxed twice, once in New Zealand and once in their resident country.

“Trying to tax the foreign income of non-residents in New Zealand would be contrary to international tax principles and also, in a number of cases, I suspect in breach of our double-tax treaty obligations,” Nightingale says.

He says not taxing people who don’t live here or earn income here makes sense, even if they have a trust administered in New Zealand.

“There are circumstances where it’s appropriate to have a foreign trust and so the answer is not necessarily to do away with foreign trusts, it’s to use a mechanism – be it disclosure of information – to make sure that they are not being abused to weaken other countries’ tax bases.”

But until more information is revealed about who is still using New Zealand’s foreign trust system and for what ends, it’s difficult to know how effective New Zealand’s regulations have been in clamping down on evasion and laundering. The Herald says further details from the data dump will be released this week so we may know more very soon. Stay tuned.