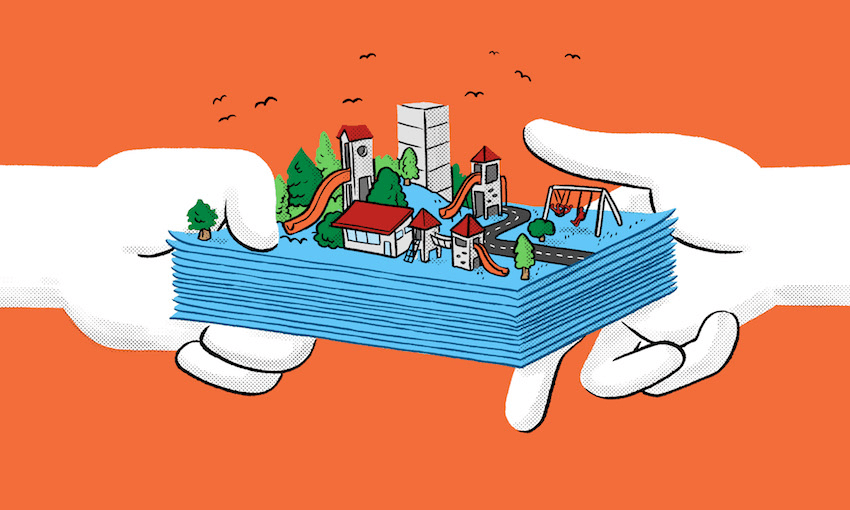 The long-term economic value of cutting child poverty is clear. So why won’t Treasury advise the government to spend on welfare, instead of cutting debt and filling Super Fund coffers?

In the latest episode of When the Facts Change, Bernard Hickey talks to Girol Karacaoglu, head of the school of government at Victoria University, and University of Auckland economist Susan St John about why the government’s spending priorities need a rethink. Listen on Apple Podcasts, Spotify or your favourite podcast provider.

As we approach budget time, the government’s spending priorities for 2021 are coming into view. Rather than the extra $5b a year in welfare spending to cut child poverty that experts say we need, it is prioritising at least $30b worth of debt reduction and $2b a year in NZ Super Fund contributions. The government has effectively said this is a political choice: it’s best for the country in the long term to have lower debt and a bigger NZ Super Fund ‘kitty’ to handle an unspecified and unforecastable natural or global financial disaster.

“As a small economy subject to external shocks, it is sensible that we look to reduce our public debt as the economy returns to full health,” finance minister Grant Robertson said in his pre-budget speech this week.

Despite a welcome turnaround this year in the government’s finances which means its net debt will be around $30b lower than it forecast just before the election, it has refused to agree to its own Welfare Experts Advisory Group (WEAG) recommendations that it increase benefits by $5b a year to immediately reduce child poverty. And it is considering delaying or cancelling large transport projects because of an increase in expected construction costs.

Yet it is also continuing to spend $2.2b a year contributing to the NZ Super Fund, most of which will then be invested in companies and assets offshore. The benefits of that cash will not return to New Zealand residents until well into the 2050s and 2060s, and then only to slightly reduce the pension and healthcare costs of an ageing population.

The government has argued it can’t increase welfare spending because it might be reversed by a new National government at some point in time. The justifications are purely political, but does it have to be that way?

Why hasn’t Treasury done the welbeing analysis to show the long-term costs and benefits of more public spending – not only on the health, education, justice and housing sectors, but also the wider effects on collective ‘happiness’ and other intangibles such as higher productivity?

Could these decisions be made by cabinet using independent and measured analysis of the costs and benefits of such spending, both in the short and long run? Surely greater spending to reduce child poverty would reduce our health, education, justice, housing and welfare costs? And surely we’d also see increases in both productivity and happiness if kids were less stressed, felt more secure, weren’t hungry, weren’t getting sick, were better educated and better connected to their communities, the wider economy and wider society?

The Treasury and governments of both political persuasions have talked a good game for almost a decade about taking a “social investment approach” or using “wellbeing analysis” to answer these sorts of questions. But what has actually changed?

In this week’s episode of  When the Facts Change, I talk to Girol Karacaoglu, the head of the School of Government at Victoria University of Wellington. He was previously the Treasury’s chief economist, and is seen as one of the architects of their “wellbeing approach” to analysis which has since morphed into “wellbeing analysis”. The 2020 wellbeing budget used the word “wellbeing” 122 times, but there was no analysis that took into account the wider and longer term effects of individual policies – or more importantly, of policies that were not adopted.

There have been no comprehensive wellbeing analyses done in cabinet papers or advice to ministers along the lines suggested by Karacaoglu in our discussion, particularly around the long-term benefits of reducing child poverty, improving housing quality and affordability, and improving less measurable things like water quality, air quality and community connections.

The best I could find was this July 2020 look at the impacts of Covid on wellbeing, which is barely a discussion paper and makes no overall conclusion or recommendation.

I also talk in the podcast with Susan St John, an economics associate professor at Auckland University and an activist with the Child Poverty Action Group. She challenges the government’s continued contributions to the NZ Super Fund, its refusal to grant adequate Working For Families style benefits to families not working, and its refusal to accept the recommendations of the WEAG.

Both are mystified and concerned at the lack of analysis of the decision not to reduce child poverty, and the long term uncosted missed benefits of doing so when borrowing costs are very low.

For example, Treasury forecasts interest costs in the current financial year of $2.5b, which is less than borrowing costs before Covid-19 and less than 1% of GDP. That is only slightly more than the contribution to the NZ Super Fund and less than a sixth of the $16.5b expected to be spent on NZ Superannuation this year.