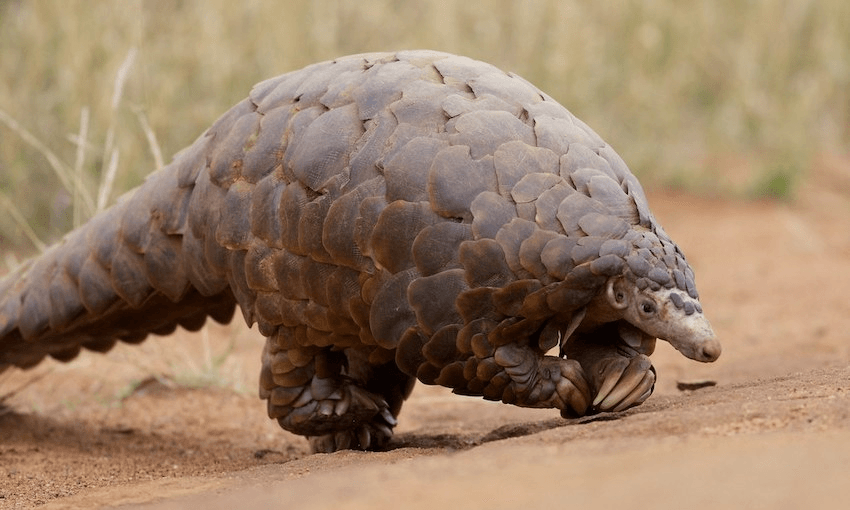 Caption: The pangolin looks like scientists gene-spliced an armadillo and an artichoke: Caption: string_bass_dave/Creative commons

How coronavirus might save the pangolin, and other surprising business outcomes

Caption: The pangolin looks like scientists gene-spliced an armadillo and an artichoke: Caption: string_bass_dave/Creative commons

“When America sneezes, the world catches cold,” goes the old adage – a metaphor to explain the global consequences of any disturbance in the United States’ economy.

Certainly the same can be said of China. In an effort to contain the spread of novel coronavirus, the world’s second largest economy has established quarantines of its vastly populated provinces, isolating major manufacturing hubs and severing crucial links in global supply chains.

The virus, which has killed over 800 people and infected almost 35000, was declared a global health emergency by the World Health Organisation and has prompted unprecedented travel restrictions across the globe, with many countries barring entry of anyone from mainland China.

New Zealand is already feeling the chill from these measures, with tourism, education, forestry and seafood markets experiencing an immediate slowdown in trade.

Across the world, major global brands like McDonalds, Starbucks, Apple, and Disney are reporting a hit to business from the shut down of the world’s most prolific manufacturing hub and the loss of millions of increasingly affluent Chinese consumers.

The most rattled however are small-to-medium businesses in China, many of which rely on domestic trade for their revenues. A survey conducted by the Beijing universities found that two thirds of Chinese small businesses surveyed expect to fail if the current conditions continued for two months.

However, not everyone is faring so badly. As with any disruption in global economics and consumer behaviour, there are enterprises finding an opportunity amid the chaos. Indeed, some operations are making a roaring trade since the virus emerged.

Business is booming for anyone in the mask game. Manufacturer 3M has reported a huge increase in production, with factories around the globe pumping out masks to supply China’s battle against the virus.

The demand is such that Apple’s Asian iPhone manufacturer FoxConn has made the unusual decision to recalibrate its conveyer belts for mask production. The Taiwanese company is the largest private employer in China, with one factory in Zhengzhou – dubbed iPhone city – employing 350,000 workers.

The company, which also produces kindles and iPads, has told many of its employees to self-quarantine at home for another two weeks. However it hopes to produce two million masks a day by the end of the month.

While companies like Nintendo – which also has manufacturers in China – are seeing a hit to business and a possible delay in the roll out of new products, others are reporting a boost.

News reports from late January revealed that UK game developer Ndemic Creations had seen a surge in downloads of its PC title, Plague Inc, a charming and wholesome game where the player assumes the role of a pathogen whose goal is to spread across the globe and bring about the end of humanity.

So many users played the game – allegedly to learn more about viruses – that Ndemic Creations’ server crashed in late January. The developer has since made a public statement informing its discerning players that the game is in fact a fiction and not a reliable source of education on epidemiology.

“We come to you!” The mantra of online shopping retailers is proving popular with the millions of Chinese citizens hiding indoors and dependent on home delivery.

According to CNBC, one grocery delivery company for Walmart reported four times the number of orders in the final ten days of the Chinese lunar holiday than the same period last year.

Meanwhile, Chinese ecommerce giant Alibaba – which grew immensely during the 2003 SARS outbreak – has said it will commit its titanic resources to connect the world’s medical suppliers with hospitals in China through an online portal. The company will apparently purchase the supplies itself and ship them to recipients at no extra charge.

It looks like a walking artichoke and is prized for its libido enhancing scales and meat. Yet Chinese scientists believe the adorable pangolin could be a key vector in the outbreak after they found the genome sequences of viruses in the animal to be 99% identical to those in coronavirus patients.

While the global medical community has urged caution, arguing that the results need to be published for international scrutiny before they can be considered evidence, animal rights advocates are hoping that this might provide the impetus to better protect the world’s most illegally trafficked animal.

In 2003, when the SARS outbreak was linked to human consumption of the cat-like civet, the Chinese government responded by banning the illegal animal trade, only to relax and let it rebound in later years.

However, the severity of the coronavirus outbreak might prompt authorities to seriously crack down on the trade and consumption or endangered animals, and hopefully the poor old pangolin will be left alone.

Finally, with China banning public gatherings and urging people to stay inside, the demand for New Zealand rock lobster (crayfish) has taken an immediate tumble, and several export orders have been cancelled.

The cancelled orders mean that 180 tonnes of crustaceans are sitting on New Zealand docks. While the government has announced it will help the industry return the crayfish to the sea, it’s still a huge blow for companies and their fisherman.

Not such a bad thing for the crayfish though.