For almost three years, Onzo’s black and yellow fleet littered New Zealand’s streets with an accessible and affordable two-wheel option. Then it vanished, leaving behind a trail of angry and perplexed customers.

Auckland’s first dockless bike-share scheme has disappeared in much the same way it first arrived – quietly, mysteriously and without warning.

Onzo first made an appearance in late 2017 when its shiny fleet of black and yellow bikes suddenly turned up all across Auckland before they’d even sought permission from Auckland Transport. They bemused people who had no idea how to use them and why they were suddenly on bike racks across the city. But soon enough, Aucklanders were making the most of the cheap and convenient bikes for hire, riding them throughout the city centre and, in one bizarre case, all the way to Huntly. By April 2018, Onzo claimed it had already clocked up 13,000 active users and a total of 62,000 trips before eventually expanding to Wellington, Rotorua, Hamilton and Whangārei.

Today, however, you’d be hard pressed to find an Onzo bike anywhere. Since March 2020, when the company was forced to temporarily remove its bikes due to the nationwide Covid-19 lockdown, Onzo has gone silent. Its app, which is used to locate and rent the bikes, is no longer responsive. Its phone number, email address and social media pages also appear to be inactive, as does its website which now features blog posts on building and renovation services. According to a report on Stuff published in July, the company’s registered address in Te Atatū, West Auckland, was no longer occupied and had been vacated months ago, with several damaged bikes abandoned on the premises. Since then, the site has been cleared and a furniture business has moved into its place. 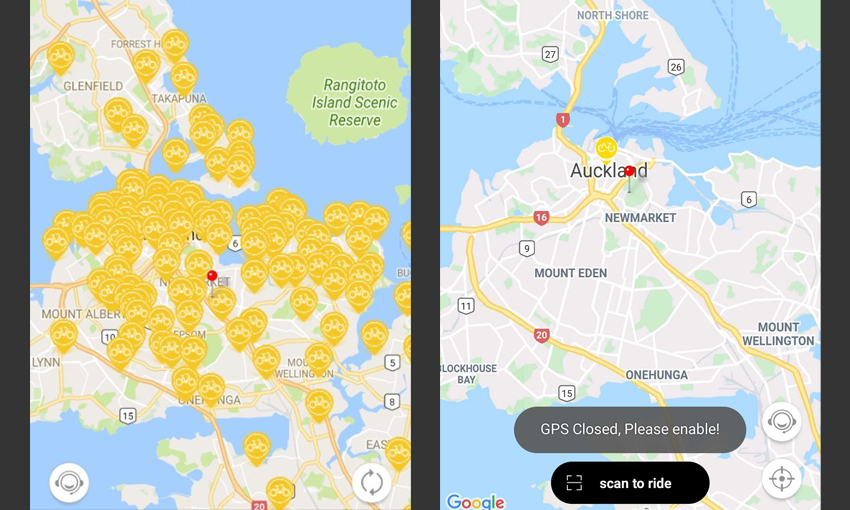 Meanwhile, numerous customers have complained about being unable to receive refunds on their deposits. On the Google Play store, where the app is still available to download, dozens of people have left complaints about their balances disappearing from their accounts. “There are no more bikes in Wellington and I can’t get my deposit back from November last year,” one reviewer wrote in July 2020. “The app says I have no deposit (not true) and that I need to top up before riding (even though there are no bikes).”

According to Auckland Council’s Mervyn Chetty, Onzo’s licence to operate expired in May 2020 and it had not sought to renew it since. He said he didn’t know where Onzo’s hundreds of bikes have gone but that the council had received at least four reports of bikes being abandoned. “We have had no response from Onzo to our requests to collect them, so they have been treated as illegal dumping,” said Chetty.

In Wellington, Onzo last renewed its licence in June 2019. A spokesperson for Wellington City Council said its last consistent contact with the company was in March 2020 when all bikes were removed for alert levels three and four. “There was some contact after that but we were never satisfied that they could operate safely within the Ministry of Health’s recommended alert level systems (sanitise, contact trace etc.).” Due to a lack of regular communication with the council, they added, Onzo’s licence to operate has since been revoked. 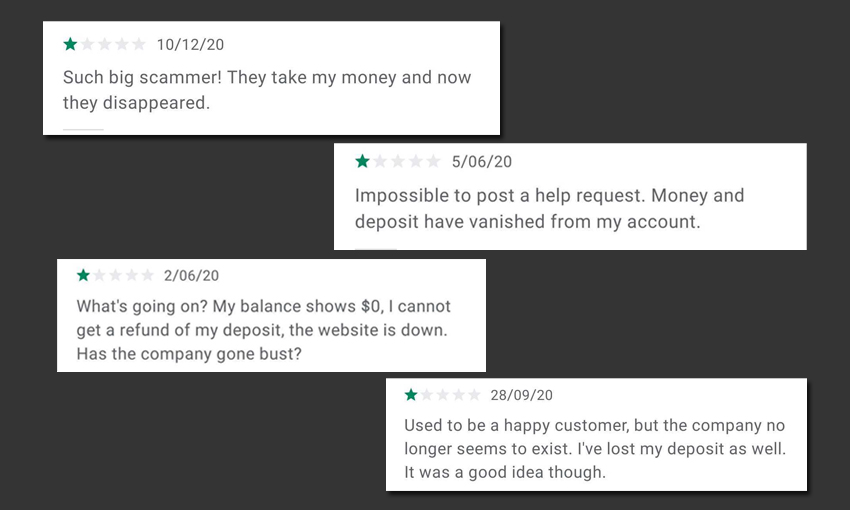 Registered under the name Pacific on Wheels Limited, Onzo is majority owned (85%) by the business’s Auckland-based CEO and director Xinyu Hu, with the remaining shares held by a Chinese company called Beijing Hailishu Information Technology. Last year, it received just over $49,000 for seven employees through the government’s wage subsidy scheme and a further $14,000 for three employees through the scheme’s extension. In total, Pacific on Wheels claimed more than $63,000.

According to Rob Rendle, MBIE’s national manager for business registries, the Companies Office advertised its intention to remove Pacific on Wheels Limited as a registered business in August 2020 for failing to file its annual return and because there were “reasonable grounds to believe that the company was not carrying on with business”. He said an objection to the removal was received the following month, which was reviewed in February 2021. The objection, however, was maintained in February, meaning the removal was unable to proceed. He said the objector was Inland Revenue.

Inland Revenue declined to comment, stating that it was unable to provide information on any specific taxpayer. Tax expert Terry Baucher, however, said the most likely reason for an objection would be due to tax still owed. “Once a company is struck off, the debts are extinguished,” he said. “Inland Revenue is probably a substantial creditor and doesn’t want the liquidation to proceed because then it would lose that business right to claim those funds.” While Onzo thrived as the earliest player in New Zealand’s dockless bike-share market, the business was riddled with issues long before its disappearance last year. In 2018, Bike Auckland reported getting daily messages from Onzo users who struggled to get in touch with the company either online or through its 0800 number. There were also frequent complaints from users about the app, particularly when it came to reporting bikes that had been damaged or “privatised” into people’s homes.

Then there were problems with the bikes themselves, which were small, clunky and operated on a single gear, with rarely a helmet in sight. They were branded “unsafe” by Cycling Action Network director Patrick Morgan last year after several bikes were left abandoned with broken forks and wheels. At the time, an Onzo spokesperson blamed customers for these issues, noting its bikes had been stolen, thrown into the sea and left in trees. When it first launched, the company reported having 6,000 bikes, but by March 2020, it had whittled down to fewer than 600.

While its affordable pricing structure of just $1 an hour made it attractive to many cyclists, its business model has since been criticised as flawed. “The bikes cost $300. At $1 an hour you’re never going to cover your costs. It was never going to be a profitable business,” Morgan told Stuff last year. A former Onzo employee who spoke to The Spinoff on condition of anonymity echoed this statement, adding that the company’s CEO “didn’t worry about money or cost much”.

The old bike and the sea. One of the OnzO bikes encrusted with barnacles and sea slime on Auckland’s Tamaki Drive. pic.twitter.com/JRl3VuLIbI

In a 2019 blog post interviewing Onzo’s former Wellington fleet manager, Max Kempthorne, it was reported that the company made $700 a fortnight in the city but that it cost $200 for a single bike to be manufactured in China, rising to $600-$700 per bike by the time it arrived in New Zealand due to expenses like shipping.

Kempthorne also described Onzo as a “satellite company” that communicated through emails only and that he’d never met the owner or operations manager. Despite being hired with no mechanical or managing qualifications, he said he identified a number of faults with the bikes, including brake failures and broken pedals. Kempthorne, who was contacted for this story, did not respond to The Spinoff’s requests for comment.

The final straw in Onzo’s demise, however, is likely to have been the rise of e-scooters, with companies like Lime and Wave entering the scene in 2018. Despite plans to enter the e-scooter market itself, Onzo abandoned the venture in 2019 despite already getting its hands on 1,000 yellow e-scooters that it said would be packed up and shipped out of the country instead.

I wonder if this ONZO Bike got JUMPed on by a Flamingo pic.twitter.com/SfSgAhP66n

While the whereabouts of Onzo’s bikes remains unclear and its removal from the Companies Office is still ongoing, hundreds of users are still waiting for refunds, mostly regarding their $10 deposit. According to Consumer’s Aneleise Gawn, customers can take their case to the Disputes Tribunal but she warned it “may not be worthwhile given the relatively small amounts owing” and because it was likely the company wouldn’t be around for much longer.

“Another option could be to ask your bank for a chargeback of any amounts loaded onto your Onzo account with a credit or debit card,” she said. “It may also be worth noting that before you apply for a chargeback, you need to show you’ve attempted to resolve the issue with the retailer, so proof of this would be required.”