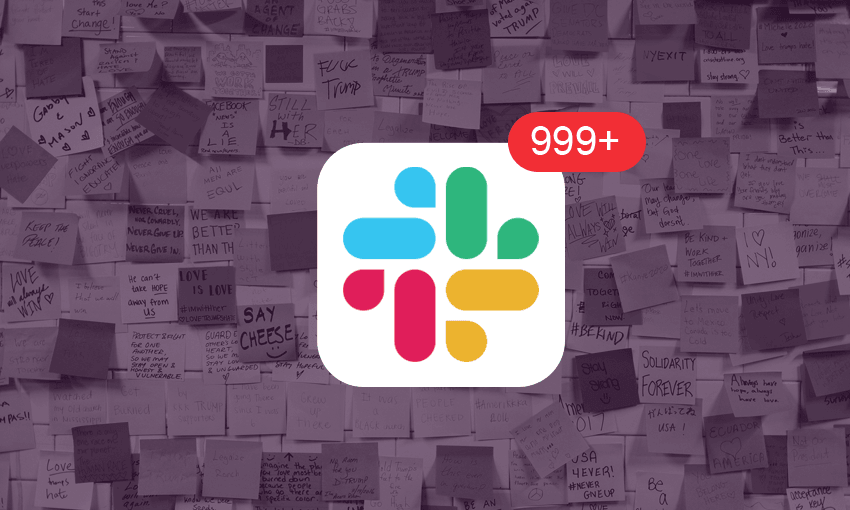 Is Slack really the force for productivity it claims to be, or just another form of social media in disguise? Jihee Junn talks to Slack co-founder and chief technology officer Cal Henderson on the right (and wrong) ways to use his messaging platform.

Every morning, Cal Henderson spends around 50 minutes walking to work, not because he has to – he’s the co-founder of a $20 billion company, after all –  but because he wants to. It’s good for him, he says: good for his health, good for his brain (he listens to audiobooks at two or three times the speed on his walks), and most of all, good for his productivity.

“Walking to work, I use that as a real hardline disconnection between when I’m at home in the morning with my kids to when I’m out the door, taking that time to transition over to work,” says Henderson speaking from Slack’s Asia-Pacific headquarters in Australia. “One of the downsides to the ubiquity of the smartphone is it’s very easy to always be [in a space] where you’re working. You never truly disconnect, but I think it’s very healthy to be able to do that, to understand when you’ve stopped working for the day.”

As co-founder and chief technology officer of one of the world’s foremost work productivity tools (Slack currently has over 10 million daily users and more than 85,000 paying customers), Henderson’s own daily schedule embodies the company’s ethos at its best. He works just seven hours a day, spends at least three hours with his family, stays active for at least two hours, and still fits in that all-important eight hours of sleep.

But as most of us know, ‘productivity’ is easier said than done. We make plans but struggle to stick to them, we go to bed early but still stay up late, and we try hard to concentrate but get distracted by our phones, constantly pinging with cries for attention – from Facebook, Twitter, Instagram, Gmail, and yes, Slack too.

Slack was designed to make workplace collaboration easier and more transparent, particularly through ‘channels’ for discussions on different subjects. But increasingly, there’s been a backlash – a Slacklash, if you will – at the very thing that was supposed to help us work better. Slack describes itself as the place “where work happens”, but in recent years it’s been described in less flattering terms: “disorganised”, “addictive”, a “non-stop chatroom”, and even “the ultimate productivity killer”. After all, many users are said to be sending hundreds, even thousands, of messages per day over Slack, and not all of them necessarily work-related. Often these discussions descend into idle chatter over the most mundane things on the internet and on life: what’s Twitter angry about now? Is so-and-so TV show any good? Who wants to get lunch? Do you think the moon landing was real? And so forth.

My colleagues and I know this descent into conversational chaos all too well: The Spinoff is a massive user of Slack, so much so that we’ve effectively been ‘banned’ from engaging in non-work related chatter every weekday from 10 to 4. If that sounds draconian, trust me, it’s not. When the words ‘several people are typing’ emerge below the text field while you talk about cheese at two in the afternoon, you know there’s a problem.

“I think it comes down to the fact that Slack is a new kind of communication in the workplace,” Henderson says when questioned on the app’s sometimes disruptive presence. “Whenever there’s been a technological change in terms of how people communicate, it takes some time to understand how organisations can use it best. The same definitely happened with email 30 or 40 years ago when it was replacing the internal memo and it was causing terrible communication problems inside organisations. People thought ‘I have to read all these emails!’ and it took some time before people realised how best to use it.”

Compared to email (which it isn’t out to replace), Slack is a far more informal, accessible and frictionless mode of communication, reflective of a younger, more fast-paced workforce with “different expectations around how they identify with their work,” Henderson notes. “They want to feel closer to their company and co-workers… and understand how the work that they’re doing impacts their [community].”

These forces combined means that for many employees, this type of workplace communication serves as its own form of social media, replicating characteristics we regularly see on platforms like Facebook, Twitter and Instagram: the anxiety users feel when they don’t reply to messages straight away, the dopamine hit users get when their post receives a rapturous response, and the constant need to stay up to date on everything in real-time.

Henderson, however, says there are clear distinctions between Slack and traditional social media platforms, because while the latter benefits from frequent usage, that doesn’t necessarily apply to the former.

“[Our success doesn’t depend on] making sure you’re on Slack all the time. We’re not trying to drive more messages being sent or more time being spent looking at Slack. The primary stats that we look at is daily active users… If you spend all of your time reading and writing messages on Slack, then it would be hard to get your job done.”

Henderson points to the many features Slack has implemented over the years in an effort to be less distracting to its users, such as Starred channels (“being able to prioritise the information I need to consume is really important”) and Do Not Disturb mode (“nothing past 6pm is an ‘emergency’. If it’s a real emergency then they can call me”). Even emoji reactions were designed to cut down on low-value messages (‘yep’, ‘nope’, ‘thank you’) which help to declutter unnecessary noise in channels.

“We try and add features so you control expectations around communications. Unlike email where the most I’ll get is an auto-response, and that happens after I communicate with you, on Slack we try to set an expectation up front of how likely you are to respond. It’s that useful social signalling of ‘sure send me a message but don’t expect me to reply’.”

With that said, humans are unequivocally social creatures and with Slack, we start to prioritise social interactions with our co-workers over professional ones. While that’s not Slack’s intent, that’s its reality. We’re suckers for positive affirmation from our peers and frankly, we’ll get it wherever we can. Ultimately, we’re the problem, but it doesn’t help that platforms like Slack are now facilitating behaviour once reserved for socials settings in the one place that’s long been off-limits: the office. Is that a good thing? It depends on who you ask.

Henderson, of course, takes a more positive view. He points out that good company culture is highly important to today’s emerging workforce, one that prioritises an emotional connection with their careers far more than previous generations.

“Play isn’t totally antithetical to work, you don’t have to be serious all the time and those little moments of joy are actually really important,” he says. “[It’s important to note that] not all interaction with co-workers is a distraction… We definitely want to be careful about demonising communication between teams as a waste of time because it’s often at the core of what makes a team successful – their ability to be able to work together as a group.”

It’s a tightrope to walk between distraction and disruption, one which most of us still grapple with today. With that said, we better get used to it – and fast. There’s no turning back from this highly collaborative, highly digitised mode of workplace communication as more people work remotely and in more ‘knowledge-based’ roles. According to one study, the “team collaborative applications” market is predicted to grow nearly 70% in the next three years, and according to Henderson, the move to channel-based communication tools is inevitable.

“Hopefully that [tool] will be Slack. But whether it’s Slack or another tool that’s successful, I think channels and the benefits of communicating in that way are going to be inevitable. That kind of shift in how people communicate will take time to understand and [take time to figure out] how it’s going to fit into any given organisation.“