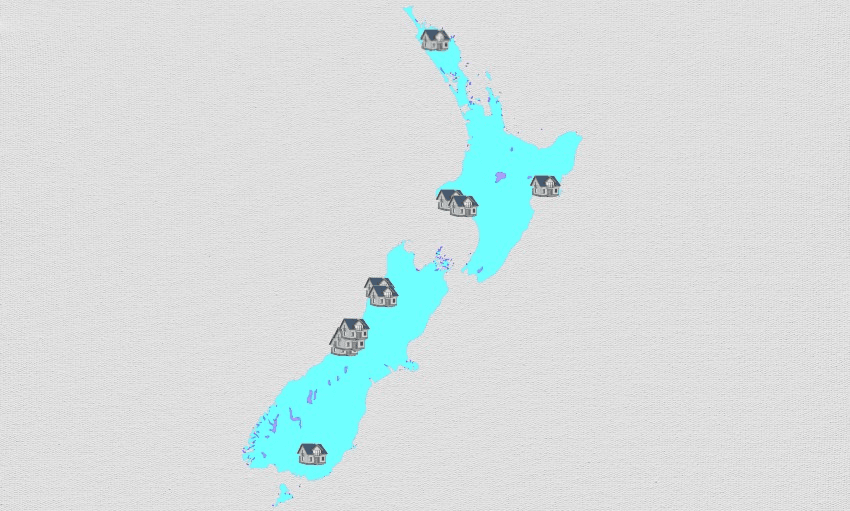 Turns out there are still some places in New Zealand where you can buy a house for a relative pittance. But where are they?

For many of us, $300,000 is a lot of money. In the context of New Zealand housing, however, such a number has become positively paltry. Try making a $300,000 bid at a property auction in Auckland – you’d be lampooned, scoffed at, and possibly escorted off the premises.

It may come as a shock, then, that there are still places you can go in New Zealand where your meagre pile of cash can actually buy you a honest-to-goodness real-life home. A CoreLogic report released today has revealed 10 New Zealand towns and suburbs with the lowest median house prices – all of them under $300k. To put that in context, that’s about how much you would have needed to buy an average house in Auckland in 2002.

While the report also detailed the highest median prices in the country by suburb (Māori Hill in Dunedin is now almost $1m), and the fastest growing prices in New Zealand (Manunui near Ruapehu has grown by 61.8%), I found this all rather depressing. Instead, I elected to focus on the ones at the other end of the spectrum (at the real risk of generating more attention and demand for these places, ironically driving up house prices). So where are these fabled lands?

The highest town above sea level in Northland. Home of the Kaikohe Demolition Derby and Monument to Ngāpuhi chief Hōne Heke, who fought in the area against the British in the Flagstaff War. Pop 4820.

A coastal town in South Taranaki, 13km west of Hāwera. Known for its amazing bread smells courtesy of the Yarrows Bakery in the centre of town, which bakes all the bread and cookies for Subway in New Zealand. Named after the former Māori chief of the district, Hukunui Manaia. Pop 984.

Known for its seal colonies and mining interests, but the town also has its own business incubator and tech hub. It’s also the gateway to state highway 67, one of the best drives in New Zealand. Pop 4660.

Located at the north eastern bounds of Hawke’s Bay and home to the prestigious Wairoa Māori Film Festival. The name translates to “long water” after the 65km Wairoa River. Population 8960.

A historic gold mining town, it’s nicknamed the Town of Light for having the first public supply of electricity in New Zealand. The town’s colonial buildings have been revitalised over the past few years. Home of the Reefton Distilling Co. Pop 927.

A coastal town in South Taranaki, 61km northwest of Whanganui. It has fairly decent surf break at the river mouth and was home of the Patea Māori Club, who released the legendary song ‘Poi-E’ in 1984. Pop 1240.

A suburb of Greymouth, located on the south side of the Grey River not far from the airport. Named after Isaac Blake, an early storekeeper in the district.

Another suburb of Greymouth, located on the north side of the Grey River. Home of CJ’s raw farm milk – the best milk I ever tasted.

A small town located 13km southwest of Gore. It has very cool historical industrial buildings, including the legendary pulp and paper mill. The town endured a taxing saga when a client of New Zealand Aluminium Smelter’s stored 10,000 tonnes of toxic sludge in the paper mill, leading to an extensive investigation and local campaign. The sludge, known as dross, is in the process of being removed.

The lowest median house prices in New Zealand are in Runanga, a small town 8km northeast of Greymouth. Only a 21km drive to Barrytown and home to the historic Runanga Miners’ Hall – one of the meeting places for the nascent labour movement. Pop 1210.