While many New Zealanders will be keenly awaiting the government’s budget, according to data provided by Aro Digital, what the government invests in does not always correspond with the interests of the people.

This Thursday is budget day, when the government will announce to New Zealand how much money is to be invested over the next year and what parts of our society will get. It’s usually a highly anticipated event, with everyone from industry representatives to business owners to public servants watching eagerly to see if their lives will change thanks to a generous portion of funding.

However, what the government spends its money on does not necessarily correspond with the will of the people. Despite some sectors being underfunded and desperately in need of investment – climate change adaptation, for example – it’s not a given that they will receive a decent slice of the pie. As frustrating as this is, it serves as a useful indicator of the disconnect between the government’s priorities and what New Zealanders care about.

To get a better sense of these interests, the team at Aro Digital put together a whole lot of data and Google search trends that illustrate the budget topics New Zealanders have been searching for and interacting with online. It also looks at the issues political parties have been pushing on social media, and the level of engagement each issue is receiving. Here are some of the most interesting trends.

Mental health is on everyone’s mind

It’s truly a sign of the troubled times we live in: by far the most searched policy theme over the past year was mental health. From May 2020 to April 2021, the queries relating to the mental health received 463% more searches than the second most-searched theme, housing policy. Politicians care about housing too


While mental health appears to be the most pressing issue among New Zealanders, our political parties have been far more interested in discussing housing on social media. In total, political parties have created 351 housing-related posts in the past year, compared to 140 about health care and 13 related to benefits. The interest in housing has been rising too, with 930 users engaging per post and housing policy searches up a massive 238% over the past year. 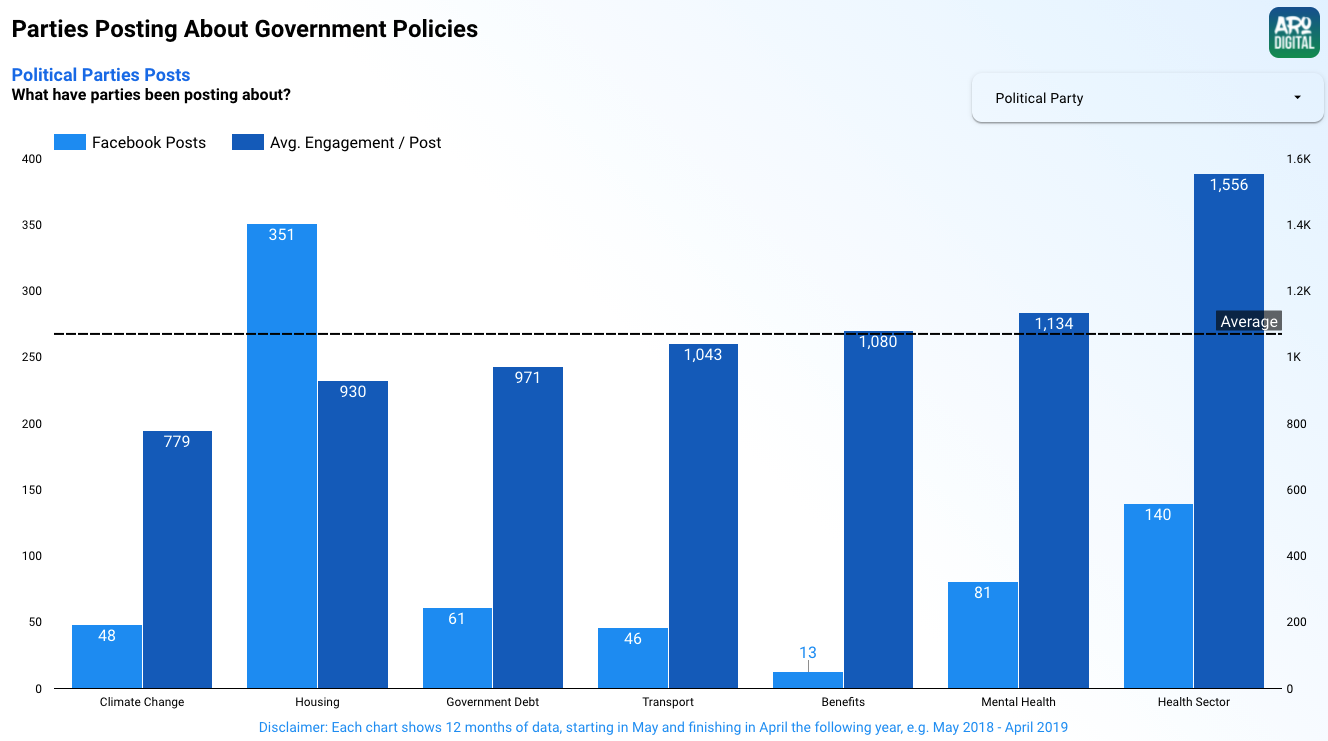 Despite seeing huge search activity and social media engagement, climate change does not appear to be getting all that much online attention at the top. Political parties posted about climate change 48 times in the past year, receiving 779 user engagements per post. While many might have expected climate change adaptation and mitigation to be the top of the government’s list of investments, the past budget of some $60b saw a mere $182m go toward policies and developments to address the issue. 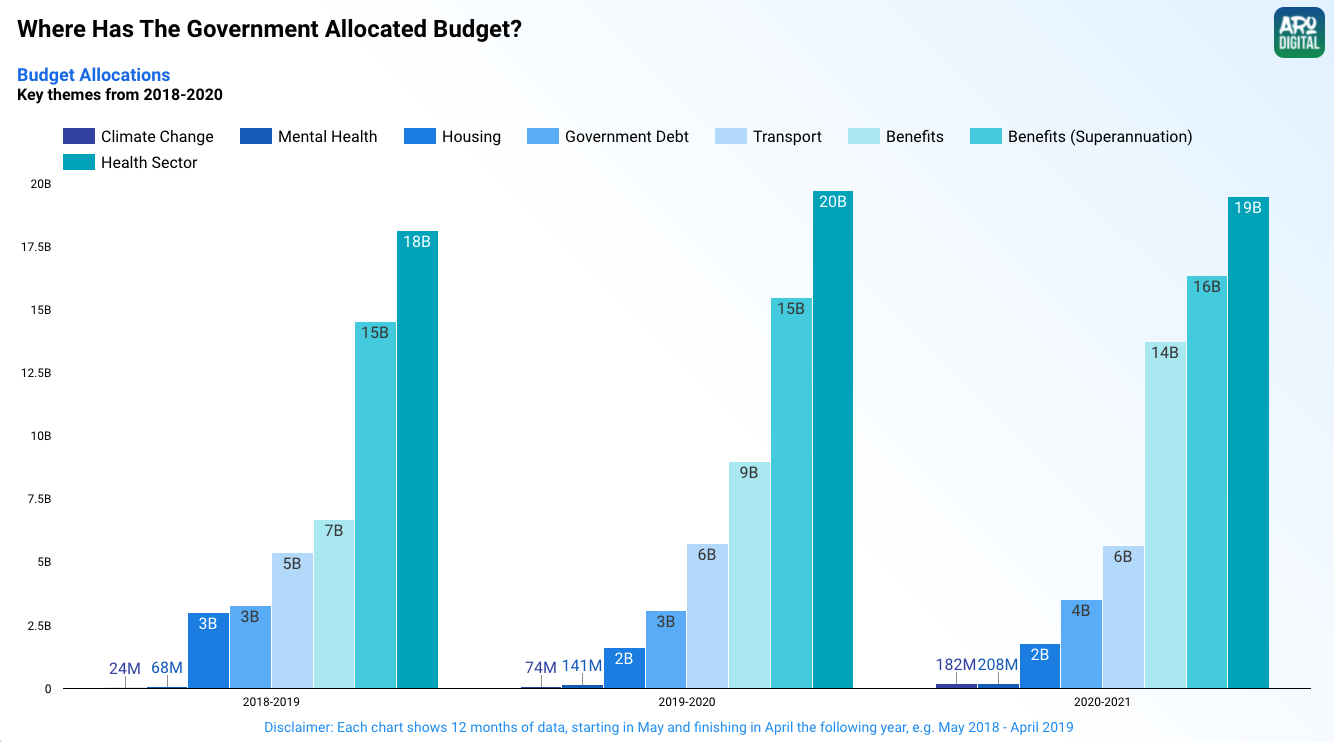 Interest in government debt is increasing

There’s no doubt that government debt is a hot topic – especially after the recent Fair Pay Agreement pushed ideas like austerity and fiscal spending into the public arena. The interest is reflected in Google Trends, which shows searches of fiscal policy have tripled in the past week in New Zealand. This has been a yearly trend, with searches for government debt throughout the past year increasing 77% on the year before, indicating that people are trying to better understand the arcane mechanisms that open and close the government’s fiscal wallet. Healthcare is a Google search juggernaut


Healthcare searches have exploded in the past week, with health being the most searched topic alongside “budget”, dwarfing other searches like vaccines, education and electric cars. “Women’s health budget” is also a trending topic over the past week. On social media, the interest is just as high, with a total of 140 health-related posts from political parties over the past year receiving 1556 users engaging per post – the highest of any issue.

In past budgets, health has received the highest portion of investment. However, with national attention on burned-out doctors and under-resourced and overcrowded hospitals, many New Zealanders will be eagerly awaiting and expecting an even bigger slice of that precious budget pie.

Data within this story has been sourced from Google Trends and Aro Digital. Aro Digital is a Wellington-based digital marketing agency that provides data-driven solutions and results. In the lead-up to the 2021 Budget announcement, Aro Digital launched its Aotearoa Budget 2021 Insights & Digital Transparency Report, in an effort to give all Kiwis information about how digital media is being utilised in politics.