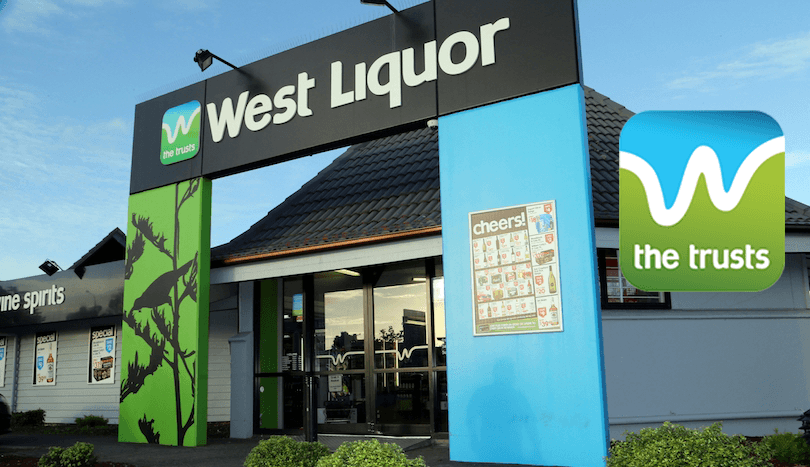 By Simon Wickham
Guest writer
Made possible by

The West Auckland Licensing Trusts Action Group (WALTAG) needs 28,000 signatures to force a vote over The Trusts’ monopoly on the sale of alcohol in its region. The Trusts’ chief executive Simon Wickham makes the case against change, arguing that West Aucklanders should think twice about hitting ‘delete’ on a system which delivers $2 million a year to the community.

A couple of great community assets folded in the North Shore suburb of Birkenhead in recent weeks. One was a well-loved retro café and the other a popular brasserie. Neither of them lacked customers, confidence or compliments, but both fell victim to one curveball too many. Hospitality is a tough business. Facebook ‘likes’ are good for business, but they don’t fill the till.

So a grain of salt needs to be applied to some of the arguments calling for an end to the mandate the people of West Auckland have given to the West Auckland Licensing Trusts.

There are no guarantees that better bars and town centres will flourish overnight if the broader economic conditions don’t support it, and we stand to lose much more than we can potentially gain.

If the people of West Auckland hit the ‘delete’ button, there’s no going back, so it’s useful to understand what is and isn’t at stake.

The turnout far outstripped that of the 2001 local body elections where it failed to reach even 40% in many regions. Our renewed mandate in the Waitakere Licensing Trust area came from 57.8% of residents, and in the Portage Licensing Trust, 58.3% voted for the Trusts. We’d argue that’s democracy functioning extremely well, and elected members continue to represent the community in our business, meeting monthly to review our performance.

We operate a unique community business model that distributes a share of our profits to support good causes, big and small, across West Auckland. This year we will give back over $2 million directly to the local community and we’re on track to give back $5 million per year by 2020.

It’s true that in reconfirming The Trusts’ mandate, the community voted for a bit of inconvenience for some.  They had the choice to open the door to anyone to sell alcohol, but West Aucklanders still thought independently and pragmatically and were willing to keep something they value: a responsible, local solution that funds things like hospices, vulnerable people, the arts, sports clubs, surf lifesaving, St John’s Ambulance, and education.

West Aucklanders have never given The Trusts control of liquor licensing. That’s the Council’s responsibility. Anyone can open a licensed restaurant in West Auckland – we support and welcome the opening of The Grounds, Brickworks, Browne St café, Norwests entertainment precinct and the new Catalina Bay development in Hobsonville Point. We’ve never opposed their license applications. We also welcome the premium wineries and cellar doors that are such an important part of the West Auckland hospitality scene. And we’re upgrading our own venues to better match what our customers want.

The West Auckland Licensing Trusts Action Group (WALTAG) says it’s all for “freedom of choice”, yet our community exercised that freedom, voting for the controlled and responsible sale of alcohol in 2003 and every three years since for the people who represent their local area on our boards.

What does responsibility look like in practice?  It means a two-step ID checking system on every sale, so that you can be confident minors aren’t buying alcohol in our stores. It means no ‘legal highs’ are ever sold in our stores. It means an almost 50% reduction in gaming machines in venues owned and managed by The Trusts since 2014. It means well-run bars and late-night drinking venues that are better managed and with the community in mind, which is part of our mandate from the community for responsible alcohol sales.

To outsiders or recent arrivals, this whole model might seem strange and outdated. But what they come to appreciate over time is the great stuff that happens in our community with the money that we give back and the better outcomes achieved when a community has more say in how alcohol is sold.

This is a model where the money spent in West Auckland, stays in West Auckland. It doesn’t go into the pockets of big business but into community causes. Sixty groups benefited recently through the Million Dollar Mission, including two Waka Ama for Te Kura Kaupapa O Hoani Waititi Marae. It also goes to individuals and groups through other sponsorships and donations. And local money also goes into local wages for our 300-plus staff across more than 30 small and medium-sized local businesses we operate on their behalf. These distributions come from profits on liquor retailing and hospitality and are made by us.

People often ask us how gaming fits into the picture. Only some of our venues have gaming machines. Of those that do, the returns also flow back into the community, but through an entirely separate route via The Trusts Community Foundation (TTCF). This foundation independently distributes gaming profits, and the West Auckland returns are based on recommendations made by the locally elected members of the Licensing Trusts. Typically, the money stays in West Auckland because of these local members recommending TTCF funding for local causes. So, when we talk about our distributions, gaming money is not included in the numbers. But if The Trusts structure is removed, there’s a risk that it’s not just our funds that could dry up – there would also be no one locally elected advocating for West Auckland when those gaming fund decisions are made.

Elected members expect us to take a responsible approach, not only in how we earn our money but also in how we pay it out. Retailing and hospitality are exposed to ups and downs, as we’ve seen in Birkenhead recently. We don’t want our giving back to be solely the mercy of retail trends, which is why we’re setting some of our profits aside each year to grow returns in the future.

By doing this, we’re building up a balanced portfolio of investments to create additional new sources of funds for community causes in the future.  The aim is to increase our giving back to $5 million a year by 2020.

Some people might argue that we can still do this without the profits we generate through our retail and hospitality businesses. But we know our books and we know that our ability to keep giving back will be greatly reduced without that income stream. It’s like your own savings – to really succeed long-term you need to keep adding to it, year on year.

We’ll respect the community’s choice if they think it’s time for another referendum. But we want people to be well informed about what we do and don’t do before they make that decision. And we want people to think carefully about what’s at stake. Do we really want to put hospo before hospice, a sauvignon before schools, or a cabernet before community? Only time will tell.