When we let housing prices drive people out of cities, it has a ripple effect on all parts of our social and economic fabric, writes economist Rosie Collins.

Many well-meaning people stand in the way of more houses for the young, poor, or future generations. That’s not how they would put it, of course. Instead, they argue, we don’t want shade on the park, we don’t want to lose heritage, and so on. They have a point. But more housing, more height, more small homes, more rentals, and more affordable and social homes are needed to meet an agreed human right: a right to adequate housing.

Heritage lobby group Keep Wellington’s Character recently lobbied Wellington City Council to abandon density policies in older suburbs in favour of something it nebulously calls “active community housing projects”. The subtext isn’t even subtle: you can have density, just not in my back yard – the very definition of nimbyism. The upshot, to my mind, is the protection of older suburbs deemed “iconic” and “heritage” at the cost of basic housing for thousands.

The simplest explanation of the housing crisis is that we don’t have enough houses – in particular, not enough affordable homes to buy, not enough rentals and not enough social housing.

At the sharp end, there is now a waitlist of over 24,000 households who qualify for public housing. The waitlist is very long, because there aren’t enough homes, and people cannot afford rising rents, and the number of rentals isn’t keeping with demand.

We can’t keep appeasing nimbys and meet our obligations to house people adequately. We have to build a lot more housing, but particularly smaller and denser units close to work, transport and other amenities. 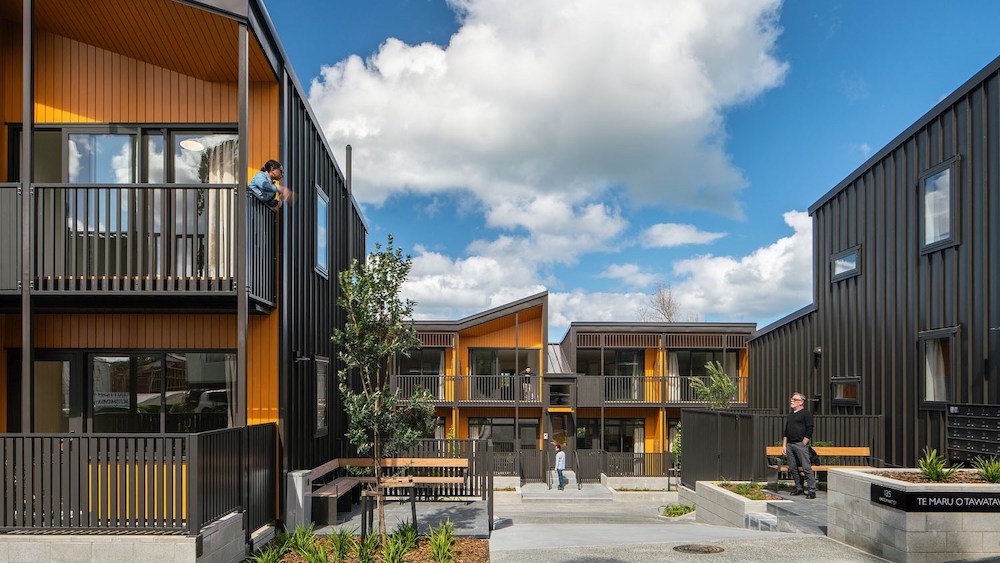 The cost of bad housing choices

Bad housing policy doesn’t just affect those who pay more, or can’t afford to live in a certain place. It affects a whole city. Affordable housing is a basic system service – like biodiversity to a forest. A city runs better when all kinds of people can afford to live in the area they work without significant travel or living costs. That creates a vibrant mix of people and workers – which makes a vibrant community and economy.

Housing constraints can have large costs to the economy. US economists estimated housing restrictions halved economic growth in that country between 1960 and 2010. The economic hit came when people didn’t work and live where they were best suited, because they couldn’t afford to live there. By driving people away, we also drive away prosperity from our cities.

In Wellington, people are “escaping” high housing costs by taking high house prices and high rents with them. In places like Porirua, rentals are now rarer than hens’ teeth. In the early 2000s around 6% of the rental stock was available at any time, now it is closer to 2%. The infection goes even further. Average prices in Levin have increased from less than $200,000 in 2015 to $630,000 now. Those living further away also add to traffic and congestion or, as in the US example, eventually choose non-ideal jobs in order to cut down on commute times.

New Zealand’s housing crisis is self-inflicted. Restrictions on land have been used to protect the interests of the property-owning class. A zeal to prioritise “character” suburbs, preventing new building in prime locations, has locked thousands out of potential homes.

Building more dense housing in suburbs close to work and transport corridors is the best way out of the housing crisis.

Fortunately, the National Policy Statement on urban development introduced last year will do just that. It limits opposition to block development on the grounds of “character”, overrules mandatory car park rules for apartments, and allows higher buildings along transport corridors.

It will take time for this policy to bear fruit. Similar changes were implemented as part of Auckland’s Unitary Plan in 2016. There, new building has surged and smaller and taller homes are increasingly being built on like-for-like land area. Now rules enabling development across large swathes of Wellington are needed so developers feel the pressure to maximise land use while delivering “good” density, rather than crappy shoebox apartments. Small is good for the climate

Changing planning rules is only part of the solution. Culturally, our obsession with large houses needs to change. In the last decade, the average size of New Zealand dwellings has come down from 190 sqm to 155 sqm. But in the UK, the average unit size is half this again, at 76 sqm. This may be too small – but the point is, there’s still considerable room in the New Zealand housing landscape for two-bedroom units, apartments, and terraced houses.

When those best suited to small housing – people like students, the elderly, or couples without kids – enjoy more housing choice, there’s less competition for larger houses and affordability across the whole system improves.

The switch to smaller development also brings a substantial climate change win. Those in dense urban centres usually walk or use public transit more, and their homes use less energy overall. Densification is one of the best policies we can pursue for both our climate and housing goals.

While planning rules are important, they need to find a balance between aesthetics and practicalities. Some heritage sites should be protected, but not all can be defined as “character” nor can they all be protected. The cost to society and the economy is simply too great.

New Zealand is guilty of letting this balance get out of whack at the expense of the poorest and most vulnerable, along with future generations. Nimbyism failed this year in Wellington, but we need to go beyond that debate, or else we all pay the price in labour shortages, congestion and human suffering.

If affordable housing in a city is what biodiversity is to an ecosystem, nimbyism is a toxic algae bloom. It suffocates the productive value of a city and takes years to remedy. My plea to anyone tempted to protect their own backyard at the expense of the greater good is to look at the bigger picture. We urgently need to provide housing choice at a scale far greater than we are used to. We need to build small, dense and close to the centre. And that means some people are going to have to get used to more housing in their “back yard”.