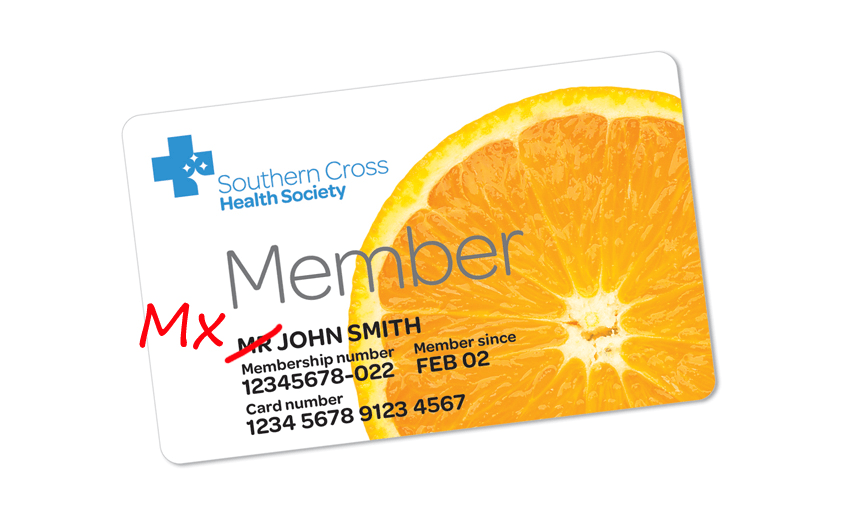 Stats NZ’s decision to exclude sex, gender and sexuality from its upcoming census has come in for criticism from the queer community. But it turns out businesses in New Zealand – most recently Southern Cross Health Society – are already well ahead of the curve.

Despite announcing back in 2015 that ‘gender diverse’ would join the ranks of ‘male’ and ‘female’ for classifying individuals, Stats NZ has announced that there’ll be no such option in the upcoming census, opting to include such questions in the department’s general social survey in April instead. Statistics minister James Shaw blamed “silly answers” and “teething problems” for ruling the change out of the official census, which was roundly met with disappointment from the LGBTI+ community as many rallied around the point that some information – regardless of how silly or indecipherable – was still better than no information at all.

In light of this, the recent announcement that Southern Cross Health Society (SCHS), one of the largest health insurance providers in New Zealand, was being awarded a Rainbow Tick for its progressive work practices seemed timely. Not necessarily because of the tick itself, but the fact that the organisation is now asking applicants for both their sex and gender, with the latter accounting for a diverse range of responses and the former accounting for an individual’s “total anatomy” which is required for some of its policies (although it adds that this may be different for those who are intersex or have had gender reassignment surgery).

“Rather than asking if a person is male or female,” says SCHS chief executive Nick Astwick, “We’ve started to ask ‘What is a person’s biological sex?’ and also whether people would like to be referred to as that sex or another.”

As part of the change, Astwick says Southern Cross looked at other organisations with inclusive forms and practices both locally and internationally, as well as soliciting help from Rainbow Tick which often assists employers to supplement their systems with new categories for transgender and gender diverse people.

Michael Stevens, programme director at Rainbow Tick, says that some of these businesses like Southern Cross have managed to carry this work over to their customers as well, noting that “what’s striking is how receptive businesses are to this. The typical reaction [being]: ‘Why not make people’s lives easier if that’s how they want to identify?'”

As well as Southern Cross, there are plenty of other privately owned companies in New Zealand that are leading the way when it comes to gender inclusivity. Sovereign, for example, also offer non-binary gender options for its customers when seeking quotes for insurance, while last year, fertility clinic Repromed became the first clinic of its kind in New Zealand to accommodate same-sex couples and non-binary genders more inclusively.

Stevens also adds that most banks in New Zealand allow individuals to identify however they want, which includes noting down one’s preferred name to be addressed by even if it hasn’t been legally changed. Currently, all four of New Zealand’s biggest banks (ANZ, ASB, Westpac and BNZ) are Rainbow Tick compliant, with providers such as ASB already providing diverse title options (such as Mx) for those looking to join the bank online.

Stevens says there’s a clear incentive for businesses to act quickly on these types of issues, noting that not having more inclusive options on things like application forms means running the risk of losing out on both clients and employees.

“It was the lack of appropriate gender-inclusive options on a form that led to a trans friend of mine not signing up with Southern Cross,” recalls Stevens. “When I told [SCHS] that, they decided they had to act… this friend has now gone on to join Southern Cross because the way the form has been changed allows him to identify safely and correctly.”

“We’re so used to only seeing the male/female options on forms that it might seem strange or over the top when we start seeing more accurate options offered, but it really isn’t that complicated.”

While several major New Zealand companies would agree, Stats NZ has chosen to err on the side of statistical caution. Some will blame those whose “silly answers” blew it for everyone else, while others will blame the bureaucratic red tape that so often ties up government bodies from efficiency and progress. But as Sam Orchard pointed out in his comic earlier this week, there’s a huge amount of good that can come from simply asking the right questions, even if that good is just getting good business.

Read more:
Being measured means that you’re there: Comedian Eli Matthewson on the LGBTI+ community and the census
Damned lies and statistics: why Stats NZ should listen to queer communities