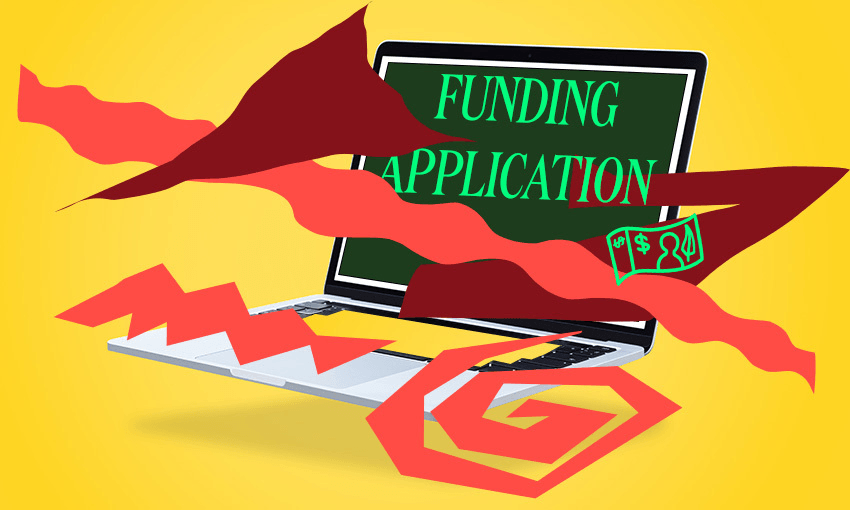 Free funding is on offer to lockdown-fatigued Auckland businesses, but some say a poorly designed application process is keeping them from accessing necessary advice and financial support.

A “shit show” of a process is preventing struggling businesses in Tāmaki Makaurau from accessing thousands of dollars of free central government support, some company owners say, and their feedback is being met with what they describe as deflection and condescension from the programme’s administrator.

In late October the government announced a $60 million support package for Auckland businesses hit hard by Covid-19 alert level restrictions. Businesses can apply for two grants totalling up to $7,000 under the “Activate Tāmaki Makaurau” programme, receiving advice and/or support from recognised service providers to implement their plans.

Auckland Unlimited, Auckland Council’s economic and cultural agency, administers the programme, and eligible businesses must be registered with it. Once approved, they request a proposal of work from service providers, which must have at least $1m worth of professional indemnity insurance. Only after businesses accept the proposal can they apply for the funding, which is put toward the services they need, including continuity plans, cashflow management, digital marketing and health and safety.

One Auckland hospitality business owner, who asked to remain anonymous, described the application process as “frustrating, hoop-jumping, condescending” and a “shit show”.

In an email recently sent to ATM, which The Spinoff has seen, the business owner said she was having problems with the site and was reluctant to encourage other businesses to use the “convoluted” portal. She asked if the site had been tested on end users and urged policymakers to start listening to small businesses’ concerns.

Auckland Unlimited said in response the programme was “going well”, with about half of the agency’s target of 10,000 businesses having registered. It was “always keen” to hear feedback on snags and said the process was meant to be easy rather than frustrating.

The business owner said she felt like she was being talked at instead of being talked to, and a “huge disconnect” existed between local government and businesses like hers. “It’s all brand and spin and shiny website but is it working for businesses? Are they finding it easy? Can they get access to it?”

Whether others even know about the funding is another issue. The business owner said she knew of several people who were never aware of an earlier funding round, and she only knew about it because her accountant was clued-up.

“But if you don’t have an accountant that was on to it like mine, you didn’t hear about this range of funding – and the same thing is happening this time. People don’t know about it, and then the people who do know about it are finding the process too difficult,” she said. “And then when we give feedback, we’re getting ‘Ah no, everything’s fine our end’, and that in itself is condescending because I’m not an idiot.”

Small businesses in need would eventually give up because owners were time-poor and lacked an administrator who could apply for it, she said. While she understood the process must be transparent, she said it’s currently ring-fenced too tightly with inflexible criteria. “It would be funny if it wasn’t so serious.”

The complicated process has also proved problematic for the clients of Kirsten Matthew, the owner of PR and marketing agency Mabel Maguire. Just one in 10 that have applied has succeeded, she said . The other clients remained stuck at various stages, unsure what step they must take next. Progress has fallen by the wayside.

A 16-page booklet of instructions was supplied but her clients struggled to navigate the portal with it, Matthew said. One business owner called her saying they couldn’t find a button on the webpage where it was supposed to be, and only after the pair shared screens on a Zoom call did they find it in a different place. “It’s probably a site that hasn’t been troubleshot. It hasn’t been designed for people [for whom] working in website design is not their day job.”

Matthew said she struggled to register Mabel Maguire as a service provider, and has spent “hours and hours” herself trying to figure out the process. In the three times she’s contacted Auckland Unlimited for help, its response has been one of deflection, she said. “Just email the help desk, we’re getting great feedback, blah blah blah,” she said. “When my client emailed them yesterday, she got a response saying ‘Here are the step-by-step instructions on how to sign up in the portal’, and it was a copy-and-paste from the handbook. No one’s taking accountability.”

A spokesperson for Auckland Unlimited said it acknowledged ATM was launched with an “agile approach” and through user testing and trouble-shooting, improvements to the Salesforce portal have been made since mid-November when the landing page went live. Step-by-step video guides are expected in the new year, and will complement existing FAQs.

“We take feedback from Auckland businesses wanting to access this support seriously, and try to either connect them with assistance and/or incorporate their feedback into improvements and updates.”

The spokesperson said the funding would run until it’s fully allocated, which could take about four months, and demand is expected to exceed what’s available. Since registrations opened on December 1, more than 4,700 businesses have signed up, of which 3,300 have been deemed eligible. To date, more than $1.5m has been approved.

ATM and its network of partners, including Auckland Business Chamber, Heart of the City and Retail New Zealand, are sharing information about the programme via their databases, reaching tens of thousands of small and medium-sized businesses in the region, said the spokesperson. “Businesses do not need to be members of these organisations to access support – Activate Tāmaki Makaurau is available to all Auckland businesses that meet the eligibility criteria.”

That’s not good enough for Matthew, who says small businesses like hers have been “broken” by the ongoing pandemic. “They just do not have anything left and to be, pardon the term, cock-blocked [from] getting funds that the government has released, to make life better for them, is quite difficult.”