The Covid border restrictions might be saving lives but they’re also threatening the livelihoods of New Zealand farmers, unless a way can be found to allow Pacific Island seasonal workers to return and pick the crops, writes AUT business lecturer Swati Nagar

Since its inception in 2007, the Recognised Seasonal Employer (RSE) scheme has enabled thousands of Pacific workers to be employed on New Zealand’s farms and orchards for around four months each year.

But not this year, due to the stringent border controls. Workers already in New Zealand when the borders closed have since been repatriated, leaving a severe workforce shortage.

As we head into peak harvest time, growers can only watch and wait as $9.5 billion worth of fruit and vegetables go unpicked and risk rotting in place.

If this summer’s crops quite literally go to the birds, farms may go under, families will suffer, and consumers will see the price of seasonal produce skyrocket. The recent $30/kg price of courgettes — more than triple the normal price — was a warning.

Aside from allowing migrant workers to return safely, the other often proposed solution is to encourage newly unemployed New Zealand job seekers to do the work. Both present challenges. 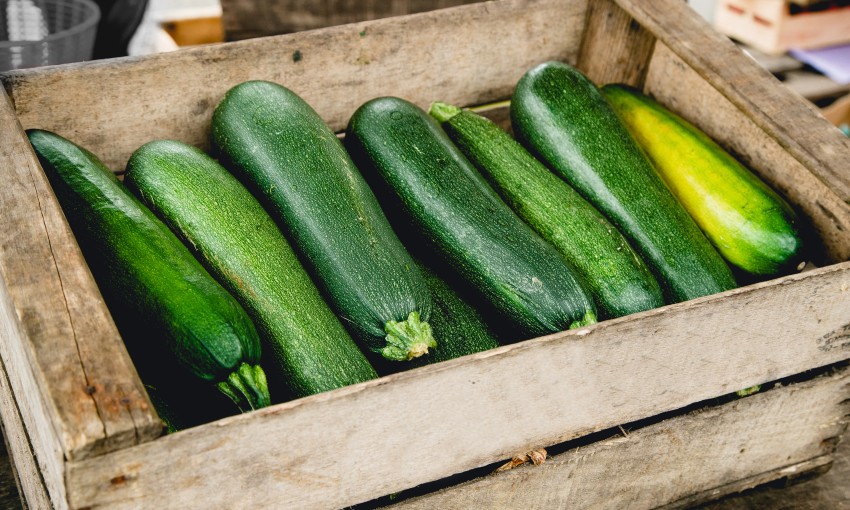 Market signals: the price of courgettes tripled due to the cost of picking during a critical labour shortage (Photo: Getty Images)

The problems with picking

Leading growers say the arduous nature of the work makes it difficult to attract and retain domestic workers — even in an economic recession.

Such investments show the relationship between many growers and pickers is more than simply transactional. For many, it’s an ongoing, personal and professional engagement that is renewed annually.

The average domestic worker — particularly those who have never considered crop picking — may simply not have the skills or availability required for the job.

As for the money, farm workers receive a minimum wage ($18.90 an hour) base rate, plus holiday pay. If they want to earn more, labourers can work more hours or pick more fruit.

Figures from the industry show the average pay over the past season ranged from $21.64 to $27.36. Low pay is an issue

Ironically, the RSE scheme itself is at least partially to blame for the low rates of pay. The introduction of the scheme capped most jobs in the agriculture and horticulture sectors at $20 an hour. While this is considered a relatively high rate for migrant workers, domestic workers may not view it as a sustainable income.

However, some growers believe paying more may not necessarily generate greater interest from domestic workers. One Waikato berry farm owner who has been working with the Ministry of Social Development to hire domestic workers has said people “weren’t applying”.

Logistics are also a challenge for many unemployed domestic workers. Rural, seasonal work may be geographically distant or simply not realistic as a solution to long-term unemployment.

The disruptive nature of the job also creates problems with childcare and other domestic responsibilities, as well as maintaining a work-life balance. Those issues are less pressing for migrant workers who arrive with the sole purpose of earning, and whose families and networks are prepared for their absence.

Towards a migrant solution

Though the government has begun investigating a possible trans-Pacific travel bubble, it may well be months before that becomes a reality. Given the urgency of the situation, one solution lies in restructuring the current government-run Managed Isolation and Quarantine (MIQ) system — perhaps using an adapted public-private partnership (PPP) model.

These MIQ facilities could be dedicated to accommodating Pacific Island migrant workers employed under the RSE scheme. The facilities would be funded and resourced privately by the agricultural industry, in strict compliance with Ministry of Health requirements.

One leading grower who sees the benefit of the idea is Francie Perry of Perry’s Berries, New Zealand’s largest strawberry grower:

“We’ve got a facility that would be suitable for quarantine and we could quarantine 71 people in it and that would get us through,” she said.

It’s commendable the government is encouraging the industry to find ways around its reliance on offshore workers and offer greater incentives to attract and retain New Zealand employees. Collaborating to establish an apprenticeship programme to encourage young New Zealanders to consider employment in our horticulture and agriculture sectors makes sense.

But this is a long-term vision, not a solution to the immediate crisis.

In the interim, a public-private approach to managed quarantine offers a viable solution that will benefit both the industry and the workers desperate to return to our fields, farms and orchards. The time to act is now.

Swati Nagar is a lecturer in International Business, Strategy and Entrepreneurship at Auckland University of Technology