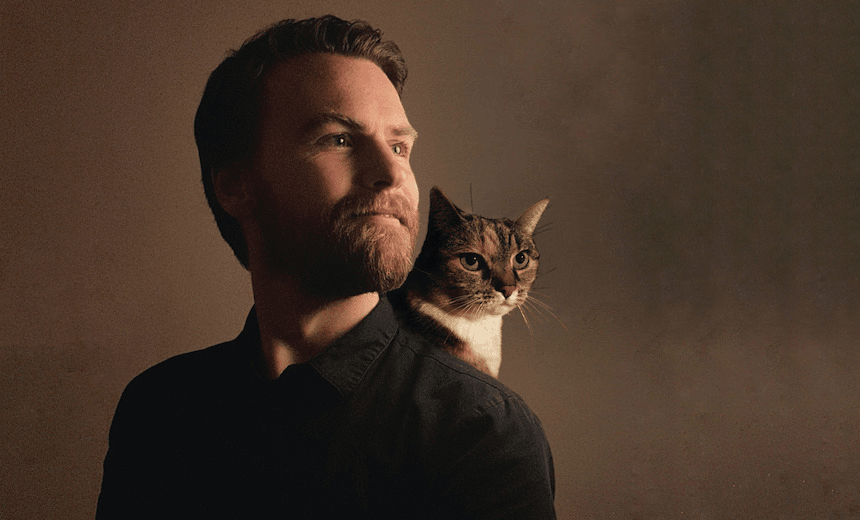 By Brendon Green
Guest writer
Made possible by

Brendon Green’s shows have a tendency to make people laugh, but also make them cry. He explains why that is, and why it’s actually okay.

Twenty minutes into the Thursday night show of my Wellington season, during a pause, an audience member called out “I thought this was a comedy show!”

It got a laugh. From the rest of the audience, and from me. It wasn’t a mean heckle, I would like you understand that. I wasn’t bombing, there was no floundering desperation for laughs in a painfully silent room of anxious regret filled punters (which is what some people are scared of so they don’t even try to attend a comedy show, I’ve been told). It was an audience member surprised at how they were feeling at a comedy show, and breaking the tension I had purposefully left hanging.

The tension happened, by the way, because I ended a story on a bittersweet note, not a happy punchline that made everyone feel good.

“I thought this was a comedy show!” It is. That’s why you’ve been laughing and giggling for the last 19 minutes, followed by one minute of admittedly pretentious prose designed not to elicit laughs, but other emotions.

During my show at this year’s NZ International Comedy Festival, I tell three short stories. Performing them to the audience as a trilogy of Funny + (insert emotion here) vignettes. The key thing here is that while the emotions change for each story, all the equations contain Funny.

The one thing we can all agree on is that a comedy show has to be funny. That is the base definition of comedy we can all get behind, before we shrapnel off into arguments of subjectivity. You don’t have to find something funny, but if other people do, then sorry, it’s a comedy show. There’s something out there for everyone, and that’s the single best thing about having an International Comedy Festival happening on your doorstep. You can try out multiple different styles of funny, and discover what tickles your brain into creating the involuntary body spasm that is laughing.

But don’t be surprised if more than just laughter comes out of your face.

That last sentence is terrifying, I apologise.

I’m talking about tears. Or gasps. Or anger.

If anything else is coming out of your face during a comedy show, excuse yourself quietly to the bathroom and clean yourself up. Maybe even go home, you’ve clearly had a hard day.

Laughing makes you feel good, like you’re happy, therefore the emotion that is associated with stand up comedy is happiness. It’s a good emotion! Maybe even the best! Definitely top three for most people.

But don’t let yourself think that comedy is only allowed to make you feel happy and nothing else. Other emotions might pop up in a show, too, and that is ALL good.

Now, let’s see if I can legitimise why I’ve been making people cry in my comedy show…

A rule of thumb is that comedians, while on stage, are playing up a certain emotion and/or personality trait of their own. They can generally be distilled into a combo of one or two of the following: Angry, Sad, Naive, Aggressive, Reserved, Bitter, Weird, Serious, Smart, Dumb, Stoned, Slow, Fast.

And then a form of comedy gets overlaid onto that (stories, one liners, opinions, audience interaction, songs, asides etc) and thus a comedian has their ‘thing’ (for example they do ‘weird stories’ or ‘angry dumb opinions’).

Sorry for maybe ruining comedy for you, but that’s how it goes. The beautiful part is that every single individual on stage is unique in how they combine and showcase their ‘thing’, and so it transcends equations and rules, becoming art of the highest and funniest order. (Shut up, yes stand up comedy is Art) (Please don’t take that away from us, we need it to rationalise why we are doing this.)

I feel like I had to go a bit technical there in order to justify this next bit:

If comedians are sharing their emotions with you, why shouldn’t they make you feel some as well?

Why shouldn’t a comedian tickle some other parts of your brain while they’re in there? Especially if it adds to the funny through higher highs and lower lows.

And again, that’s the key. Comedy = Funny. But also Comedy = Funny + (anything else the comedian wants as long as it doesn’t ruin the funny).

Daniel Sloss was here briefly and he delivered a very funny show that has broken up multiple audience members’ relationships. He was proud of this, and backed it up with uncomfortably accurate opinions which made the audience laugh until we got worried about our own life decisions. But we laughed, so it’s all good.

James Nokise delivered a fast and furious show about sport, which had the audience laughing non-stop with its frenetic joke-hurling pace. It also made us all incredibly angry and frustrated about the state of our country. But we laughed, so it’s all good.

Angella Dravid delivered a slow and personal show about her life that made the audience draw deep breaths and feel an intense level of compassion for her. But we laughed, so it’s all good. (Editor’s Note: This show is actually on in Auckland next week! You can book tickets here if you’re feeling inclined to feel feelings.)

Funny + Feelings isn’t a bad thing for a comedy show. If anything, you’re getting a bonus on top of what you paid for. You’re welcome.

Comedy has to be funny, but that’s not all it has to be. It can make you feel things other than happiness. It can make you feel things you didn’t know you could feel. It can take you away to a part of your imagination you’ve never been to. It can remind you of things that have been long forgotten. Because laughter is the lube that makes the other feelings easier to take.

(Wow, and I thought the ‘coming out of your face’ sentence was terrifying.)

A comedy show should make you feel happy, because laughing makes you happy. But don’t be worried if it makes you feel other things as well.

Being angry sucks, but being angry while laughing is awesome! Being sad is the literal opposite of being happy, unless you have laughs to turn that sadness into something hilarious and beautiful.

Yes, my show in the NZ International Comedy Festival has been making people cry in the middle of it. Tears and gasps have been coming out of the audiences faces, but so have laughs. It’s a mix of emotions that is tickling people’s brains in interesting ways. And don’t worry, they have still been leaving happy. Because that’s what laughter and comedy does – makes you happy, no matter what other emotion is mixed in there with it.

Embrace the ride, because no matter how you’re feeling, yes, it is a comedy show.