With an increased demand for wastewater testing in order to monitor the spread of Covid-19, ESR scientists are feeling the pressure. Chris Schulz meets one in the middle of a hectic day at work.

The chilly bins begin piling up early. They range in size – from small polystyrene packs to big blue “eskies” – and are the first thing scientists see when they arrive at work in the morning. “The first person that’s in gets greeted at reception with, ‘There are some samples for you,’” says Dr Joanne Hewitt, a senior scientist at ESR, the Institute of Environmental Science and Research. “You get a trolley and wheel them into the lab, and that happens all day, continually.”

Inside each of those chilly bins is a liquid sample, a concentrated concoction of urine and faecal matter taken from sewage systems around the country. Those bottles are labelled and stickered, kept cool by ice packs, and couriered to ESR’s Porirua laboratory. Since the delta variant of Covid-19 was first detected in New Zealand five weeks ago, ESR has been swamped by them. Some days, Hewitt says, so many chilly bins pile up that there’s barely room to move.

Despite the volume, Hewitt offers same-day service. She and her team of nine have assembled a production line, with each scientist dedicated to a certain part of the multi-stage, 90-minute test that each sample requires. Before delta, they processed up to 40 samples a week. Now, they’re churning through that amount every single day, sometimes getting through 200 a week. “We try to give a fast turnaround,” she says. “Anything that came in this morning we should have a result by the time I go home today.”

Each sample is searched for signs of SARS-CoV-2, the virus that causes Covid-19. It can come on tissues, or skin flakes, or stools. The hectic pace means Hewitt is frantic, and always tired. “We’re just flat out,” she says. Understandably, she’s more than an hour late for today’s Zoom interview. “Sorry … I was in the lab. I will find a quiet office,” she emails apologetically. Ten minutes later she logs on, Zoom camera shaking, her posture resembling a wilted flower. “It’s unrelenting,” she says, staring into the distance. 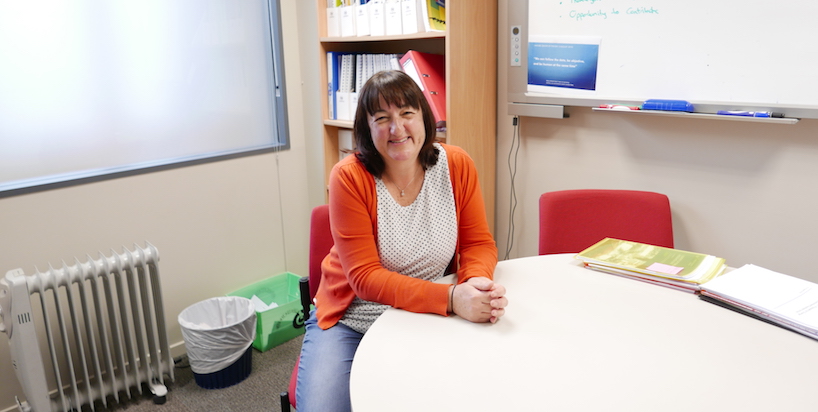 It’s no wonder, because Hewitt’s lab testing rates are astonishing. If you’ve used a toilet in New Zealand in the past five weeks, chances are someone in her team has tested the results. The only waste that isn’t showing up in her lab are from those using long-drop toilets, disconnected from the main sewage system. “I think we’ve captured the majority of people at some point in the wastewater during the past month,” she says. The health of the country is under ESR’s microscope, and much is at stake.

The results that come from Hewitt and her scientists have the ability to send parts of the country into different levels of lockdown, get talked about at the government’s daily press briefings, and written into major news headlines. They have to get it right. “It sits on my shoulders,” she says. “I feel like Covid has taken over my life.” It’s the first thing Hewitt thinks about when she opens her eyes, and it’s all her team talks about in the lab. “As soon as I wake up in the morning I’ll look up how many cases we’ve had.”

There is no respite. Yet Hewitt, who was born in Britain, has called New Zealand home for half her life, and has been at ESR since 1997, loves her job. If you’d told her at university that one day she’d be in charge of testing the wastewater for an entire country during a worldwide pandemic, she wouldn’t have believed you. “I’d be terrified of that,” she says, her head shaking. Hewitt stares into the distance, again, and repeats herself. “I would be terrified.” Hewitt remembers the first wastewater sample that came back positive for Covid-19. After the first outbreak in 2020, she’d been looking at results of wastewater testing in the Netherlands, wondering if she could do the same. So she devised a test adapted from polio wastewater testing. “We got some sewage from Matamata,” she remembers about a cluster that began in a bar last May. “It was weak, but it was positive.” Although the results was bad news for Matamata, there was a silver lining for Hewitt. “I was relieved because I knew the method had worked.”

It’s the same method she and her team use now. Every laboratory has a different approach, and others may consider Hewitt’s method out of date, unviable, or too slow. She knows there are quicker tests out there than hers, but she trusts it, and she’s sticking to it. “We know it works well. We know it’s really sensitive,” she says. She points out that her lab will get positive results from someone who’s already recovered from Covid-19, but is still shedding the virus. “I’m quite reluctant to change to something that’s not as sensitive. There could be teething problems.”

In non-Covid times, Hewitt’s team was responsible for monitoring other things, like norovirus surveillance in rest homes, or monitoring hepatitis A. Pottles of poo would turn up to the lab, and they’d have to open them and test them. That, she says, was smellier than the sewage samples that turn up daily, but both give her job satisfaction. “All of that has a direct consequence for people,” she says. “That’s why I do what I do.” It’s also why she’s pivoted to wastewater tests. People’s lives are at stake, time is crucial to stop the spread of Covid, and wastewater tests can give the government a heads-up on incoming cases.

Her system is a three-step process. First, scientists concentrate samples into smaller amounts of liquid, reducing those huge samples down to small test tubes. “In that liquid there’ll be whole viruses and fragments of viruses,” she says. The next stage is getting closer to those. “You want to get those out and extract the nucleic acid from the virus. The virus is like a ball, the nucleic acid is inside it.” 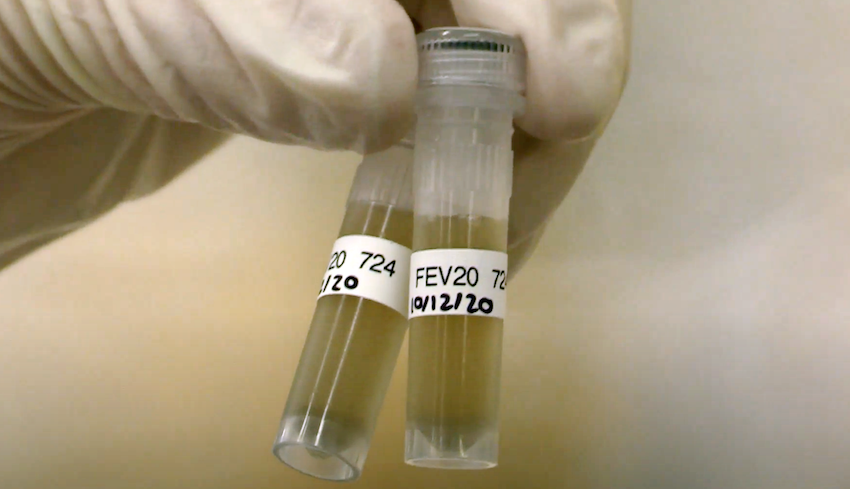 Wastewater samples that arrive at ESR are condensed into these test tubes for further tests. Photo: ESR

The final step is getting a computer to read the result. This is when Hewitt gets nervous. “It takes about three seconds for it to think,” she says. An amplification curve begins displaying on her computer screen. “You’re going, ‘Please be negative, please be negative.’ I don’t think I’ll ever get over that feeling of dread of what I’m going to see and what action will have to be taken because of that.”

A lifetime of knowledge and experience, boiled down to a three-second wait. It’s why Hewitt’s so busy, is losing sleep, and has lost any sense of work-life balance. It’s also why she can deliver a sentence like “You have to convert the RNA to cDNA that can then be put on a PCR” without making this journalist feel like a halfwit. “Are you familiar with what a real-time PCR looks like?” she asks me at one point. Erm, no.

Our interview has only just passed 20 minutes, but Hewitt is impatient to get back to work. Wastewater tests are piling up, waiting for her to conduct the final extraction process and input the results. After our call, she’ll put on her lab coat, gloves, glasses and mask, and head back to the lab. More chilly bins have probably piled up while she’s been talking, and those poo particles won’t test themselves.