Oat milk is so hot right now, so we bought a whole bunch and conducted a good old-fashioned blind taste test. Here are the results.

Non-western cultures have always known milk doesn’t have to come from a mammal’s mammary gland, but in New Zealand, dairy-devoted nation that we are, we’ve taken a while to catch on.

Sure, soy – once the sole mainstream option for the lactose intolerant or vegan among us – has been around for a while, but it’s only in recent years that the full gamut of alternative milks (mylks, m!lks, m*lks, myllks, myllcks or miylcks*, if you prefer) have revealed themselves in their full dairy-free glory.

And 2020, it has to be said, has been the year of the oat. If you’re new to the world of oat milk and wondering how one milks an oat, no, they don’t have tiny oaty nipples (sorry, but I will never not find that funny). Oat milk is relatively new on the alt milk scene, having been developed by a Swedish scientist in the 1990s, and is made – as far as I can tell from my half-arsed Google-based research – by milling oats, mixing them with warm water, adding some enzymes, separating the liquid from the solids, then adding some other stuff eg oil, flavourings, sweeteners, salt, yada yada.

Due to its creamy texture and subtle flavour, plus its relatively low environmental impact, oat milk has surged in popularity in the past few years, branching out from its Swedish homeland and slowly taking over the world, in large part due to a pioneering brand called Oatly (more on that later). 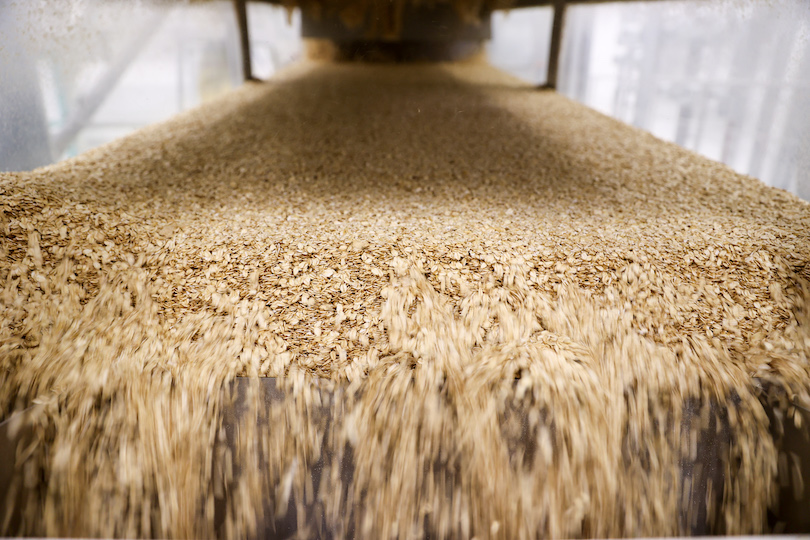 This year it’s really blown up in Aotearoa, favoured by such zeitgeist definers as Chlöe Swarbrick and TJ Perenara (OK I made that second one up, I have no idea if TJ drinks oat milk but he is vegan and puts out big oaty vibes).

There’s an array of oat milk options now available if you know where to look. On that note, we must admit to some omissions in our ranking, including Minor Figures, an aesthetically appealing UK brand allegedly available at Countdown but not located by The Spinoff on visits to two (2) different branches, including the fancy one in Ponsonby; regular Oatly (sold out at two Farros); and regular Otis (we had the barista version for the office and neglected to order the other one).

So here is our non-comprehensive and non-scientific taste test, conducted by a panel of seven Spinoffers including both oat milk aficionados (oatficionados?), oat milk novices and those falling somewhere in the middle. Office manager Lucy Reymer ably ensured each milk was tasted blind, in random order, both straight and with coffee. Each taster gave each milk a score out of 10, with each score added up and averaged out. They’re ranked from worst to best.

*Yes, we made those last two up but they may well exist, due to an absurd campaign to stop non-dairy products being allowed to call themselves milk. The panel, minus Joe and Duncan, plus Lucy, with Alice WL suffering from post-Isola Bio behind-eyeball headache (Photo: Joe Canham)

Coming all the way from Italy (Oataly?), this one really didn’t (fl)oat our (b)oat. The panel was dubious before they even tasted it, with Alice Neville noticing the disconcertingly thin consistency, and Alice Webb-Liddall expressing concern about the liquid’s almost entirely translucent meniscus.

Upon sipping, the overwhelming takeaway was sweetness. “What, that is sugar town!” exclaimed Alice WL. Initially fooled by the disarming sugariness, Alice N said, “very sweet, kinda nice?” before correcting herself: “No, actually quite disgusting.”

Joe Canham compared this milk to the syrup from a can of peaches, while Alice WL felt it was akin to the milk leftover in a bowl of crunchy nut cornflakes, and then said “this has triggered an intense headache behind my eyeballs”.

Ever the contrarian, Sam Brooks enjoyed this milk, describing it as “juicy” and something he would use as a cocktail ingredient. Josie Adams was convinced it was rice milk, and would not be swayed otherwise. In coffee, we all agreed it was just as unpleasant as served neat.

First of all, let us make clear that we are big fans of Little Island, a homegrown company that makes delicious coconut-based ice creams and milks. But maybe they should stick to the tropical drupe, as this oat milk (which comprises 85% oat milk and 14% coconut milk) was not well received by our tasters.

Stewart Sowman-Lund thought it smelled like “the hand soap you get in a public bathroom”. The consistency – thin, with bits in – concerned us, with Duncan Greive describing it as “weak, watery and insubstantial” and Alice WL damning it as both “shit and curdsy” and “halfway to ricotta”. Alice N was disconcerted by the “unpleasant mouthfeel”, and we all agreed it had a detrimental effect on the coffee to which it was added. “Ew, yucky, I don’t like this,” concluded Alice WL. 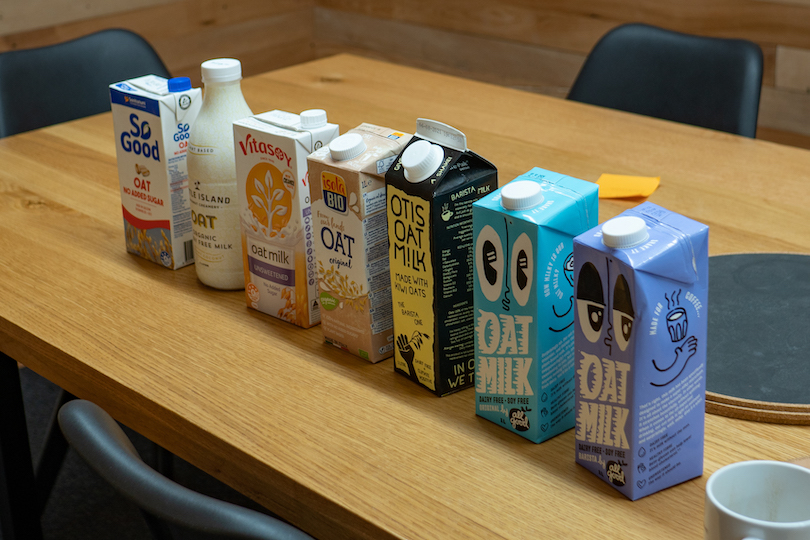 The lineup (minus Oatly, which was chillin’ in the fridge) (Photo: Joe Canham)

It was a big step up from the bottom two, with Vitasoy rating a respectable 6.2/10. This Australian offering was described as “mid shelf”, “a good all rounder” and “acceptable and decent”.

“It’s absolutely fine,” said Sam Brooks. “I have no issues with it.”

The colour was a little disconcerting, so brightly white it verged on blue. “I resent it for being #sowhite,” said Duncan. “Because milk is a vibe and a mouthfeel, not a colour, and it feels like something weird and unnecessary had to happen to make it so milky looking. Other than that it’s basically fine, a little skim-milky thin, but fine.”

All Good’s “barista” offering smelled oddly like soy sauce or Vegemite, but once you got past that, it was pretty decent. The New Zealand company best known for its bananas launched its oat milk, in barista and original versions, in supermarkets in August. It comes from Sweden, the home of oat milk, don’t you know.

We enjoyed the creaminess – perfect with coffee, as it’s designed for – with dairy devotee Sam saying it replicated cow milk better than any other we tried. “It’s a good drinker,” said Joe. This milk was brought down slightly in the rankings by Josie’s inexplicable disdain for it, but you can’t please everyone. Certain members of the panel remain convinced that this milk and the All Good above are the exact same product. Yet tasted blind, just over a point separated them.

Oatly is a Swedish brand that has something of a cult following – Americans absolutely lost their shit over it in 2018. It finally arrived in New Zealand in August – suspiciously, the same month All Good showed up. Both brands come in original and barista versions and have the exact same ingredients – with the barista having a bit more fat in the form of rapeseed oil (that’s what makes it nice and creamy).

The tasters’ comments were pretty similar, funnily enough, to those for the All Good Barista – “creamy, quite nice”, and very good with coffee.

3. OTIS OAT M!LK THE BARISTA ONE

Otis is the only oat milk on the market that uses New Zealand-grown oats, which are processed by Harroway’s in Dunedin, but then sent to Sweden (oat milk HQ, remember) to be turned into milk. The company is planning to open a purpose-built plant in Dunedin so it will eventually all be done here, but in the meantime, Sweden it is.

So what’s it like? Pretty damn good. We loved the thick and creamy consistency, and as one would expect from a specialist barista blend, the way it behaved with coffee. “This reminds me of the Windows Media Player visualiser,” said Josie. “When I put the coffee in – it was all ripple ripple, just as hypnotic as that.”

Righto then. “It’s like cream,” said Stewart. “It clings to the side of the glass. Alice WL agreed. “Look at that staying power!” We all concurred it was very oaty, which is either a good or a bad thing depending on how you feel about oats.  “I would describe this as a cheeky little number,” concluded Josie. 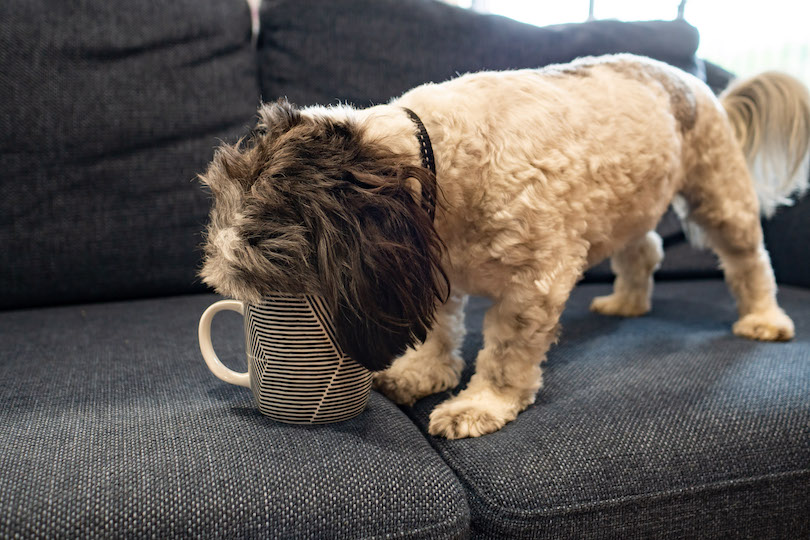 Just pipping the Otis at the post by .2 of a point is the regular All Good. (Sorry, we didn’t try the regular Otis – tracking down all this oat milk is hard work, OK? But we know it’s also excellent.)

Anyway, the All Good regular was another creamy number, with a distinct sheen on the top that Stewart compared to an oil spill, while Alice WL felt it would be good for fortune telling. We all agreed it was good in coffee as well as on its own, with Josie describing it as “a good drinking milk. Put some ice in this and that’s a midnight treat.” She also felt it would go down a treat with Kahlua.

“It’s got a powderiness to it,” said Joe, “but like a wet powderiness. It’s nice and creamy.” Duncan described it as a “good solid non-controversial milk, not aspiring to greatness nor risking disaster, comfortable in its profoundly competent skin”. And at the end of the day, isn’t that what everybody wants?

We were all profoundly surprised to see the somewhat run-of-the-mill, Sanitarium-owned So Good brand come out on top (by a whisker), but then again, it is called so good. And lo and behold, it was the cheapest of the lot!

Again, creaminess was the winner here, with Josie praising the milk’s “consistent consistency”.

“Tastes like porridge!” said Alice WL. “I would happily drink a cup of this,” said Sam.

It was good with coffee, and we all felt it would be good in a granola situation. “A lovely lovely milky milk,” concluded Duncan. The (G)OAT, one might say