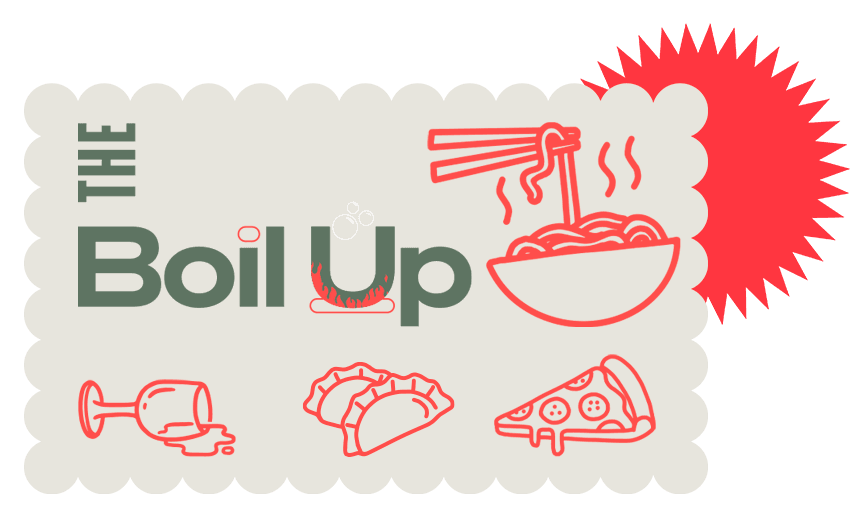 Sign up now to get the first edition delivered fresh to your inbox – and go in the draw to win a three-month supply of Boring Oat Milk.

The Spinoff’s first-ever weekly food newsletter is here! The Boil Up is written by me, Charlotte Muru-Lanning, and will feature a collection of Aotearoa’s best in food and beverage, delivered to your inbox every Thursday. Produced in partnership with Boring Oat Milk, the newsletter will bring you the political, social, trendy, personal and delicious aspects of this country’s diverse and ever-changing culinary landscape. From new restaurants to historic family recipes, cocktails to cookbooks, there’ll be something for all tastes.

It seems apt to introduce a newsletter called The Boil Up with a recent encounter with the dish itself.

Last month, I spent three days at a tangihanga. On the second night, dinner was boil up. When it was my turn, I tonged a heap of the watercress out of the silver catering tray onto my plate. The brilliantly green strands and leaves had thankfully managed to net up some doughboys and a few bite-sized pieces of pork. Even then, my plate was mostly watercress. One of my cousins asked with slight horror whether I’d turned vegetarian when she saw my meal. “Nope,” I replied. It might be blasphemous to say, but my favourite part of a boil up is the watercress anyway.

Sharing boil up with whānau on big round tables in the wharekai got me thinking about all sorts of elements of food that I hope will enrich this new newsletter as it bubbles and brews over time.

Boil up represents a continuity of Māori food traditions. Though it was adapted from ingredients and cooking techniques brought to Aotearoa by Pākehā, boil up is inextricably Māori. It’s a dish that, while technically similar to soups and stews from around the world, is unique to this land. Within the context of the pandemic, eating boil up reminds me of the vital importance of kai in bringing us together (safely), especially since, like most foods, it’s inarguably better when shared. Using relatively simple ingredients that you have on hand, boil up is a manifestation of the mantra “waste not, want not”. What’s left over from last night’s boil up should absolutely be eaten for breakfast the following morning.

As someone who has always lived away from the pā, I’ve often felt frustrated that opportunities to buy kai Māori are sparse in the city. But as I’ve grown older, I’ve come to think it may be a good thing that I can’t get hāngī delivered via Uber Eats or order a bowl of kānga pirau with a long black. That kai, which is so intrinsic to our culture, exists primarily in pots on the stove in the family kitchen or in wharekai, outside the realm of business and profit imperatives. Speaking on Māori contemporary art, Te-Whānau-ā-Apanui artist Cliff Whiting said that wharenui and other marae buildings were the galleries of Māori. To him, Māori art was first and foremost art that existed in these spaces. I think the same could be said of Māori food. Wharekai and whānau kitchen benches and dining tables are the eateries of Māori. Boil up is our lure to go home and pick up a tea towel.

That’s what I hope The Boil Up becomes to you, a shared table where we can gather to break bread and contemplate the meaning of food in our lives.

Each instalment will include a round-up of vital food media and news from the week just been, what I’ve been eating and cooking and insights from interesting New Zealanders on their relationship with food. In the first edition, we’ve got five of visual artist Hiria Anderson’s favourite places to eat (which fortuitously includes the kitchen at my marae), a snack review, an interview with Boring founder Morgan Maw and more.

For something we do so often, we might forget how important food is to so many parts of our life. It defines our happiness and health, it’s a cultural expression of Aotearoa in 2022 and it’s an essential part of our economy. Talking about food means talking about everything from the taken-for-granted bites we whip up in the kitchen at home to some of the most pressing political and social issues. I can’t wait to capture that broad definition of food and send it straight to your inbox every Thursday.