Supermarket shoppers looking for citrus are seeing a sour trend at the moment – some stores are entirely tapped out of lemons. But why?

Batches of homemade lemonade will be taking a hit this summer, with life not giving New Zealand shoppers lemons. Prices are high at supermarkets and grocers that have the citrus fruit, and some stores have completely sold out.

The problem isn’t so much domestic problem – the citrus industry in New Zealand is small, but is largely operating as normal. Rather, import difficulties are making it much harder to stack the shelves.

The shortage is nationwide, and Countdown’s produce manager Grant Robinson said he’d prefer to see a few more on the shelves at the moment.

“We have a small supply of locally grown lemons in our stores throughout the country and we’re working closely with our suppliers to make sure we can return to regular stock levels as soon as possible.”

Lemons have become another product being held up by strained supply chains, exacerbated by Covid-19. James Williams, a Citrus NZ board member and Gisborne-based grower, said at this time of year the bulk of New Zealand’s supply would generally come from the US, and that January always saw low domestic production. 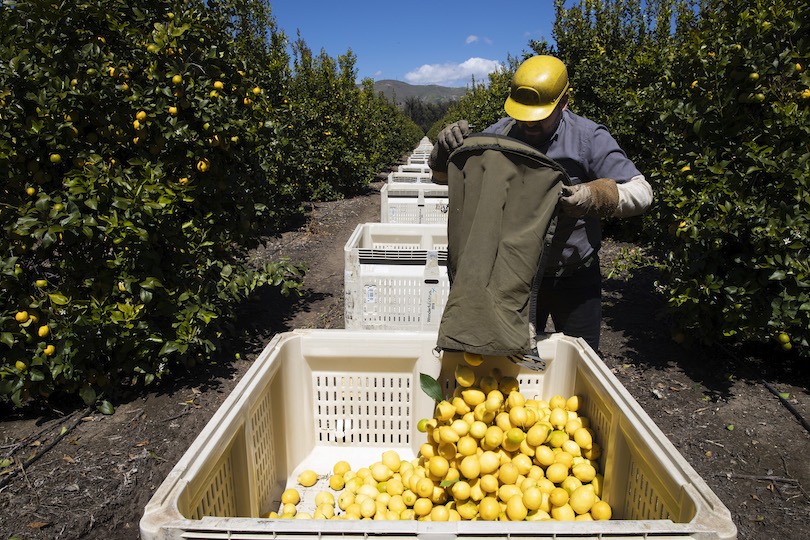 Williams said the factors included “issues with the lemons being imported that required fumigation” for biosecurity reasons. A side effect of this process is that the shelf life of the fruit gets “drastically” reduced, making it much harder for importers to make a commercial return.

“Over the last couple of years there’s just been some burnt fingers by those importers, with biosecurity requiring fumigation.

“Combined to make things worse is port delays, and getting products unloaded off ships and cleared and into stores,” said Williams.

Right now the lemon harvests coming out of the US and Mexico are down on normal years, food industry trade publication Fresh Plaza reported in December. Lemons are reportedly hitting high prices in Australia, also an export destination for US citrus.

Lemon imports and exports in New Zealand are cyclical. In winter, so much fruit is produced that most of it gets exported, while in summer that is reversed. Two varieties are grown in New Zealand – the Yen Ben, which fruits closer to summer, and the Meyer, which is largely a winter crop.

Williams said the Yen Ben is difficult to grow to commercial standards, while the Meyer is a “dream crop” to grow. “It’s very clean, you get very high pack-out percentages from it, it’s a uniform piece of fruit.”

In the domestic market, Williams said retailers prefer to source citrus domestically, but right now “there’s just not enough to go around”. Around 7,000-8,000 tonnes of lemons are grown locally each year. This is what you should’ve done last winter (Photo: Getty Images)

Lemons are produced primarily in Gisborne, with a smaller industry based around Kerikeri in Northland. However, the scale of the citrus industry is dwarfed by other fruit growing, particularly kiwifruit and apples. Very little new planting of citrus orchards is happening at the moment, said Williams, and “new plantings are really just counteracting blocks that have been pulled out and converted into kiwifruit – there’s plenty of conversion [to kiwifruit] happening”.

While it isn’t the primary reason for high prices, an extremely tight labour market is also putting the pressure on. Williams said there was plenty of competition for workers right now between the different branches of the horticulture industry, particularly because of a lack of recognised seasonal employer workers from the Pacific, and a corresponding shortage of working holiday backpackers.

Stats NZ released figures on Friday showing that fruit and vegetable prices rose dramatically over 2020, leading to noticeable rises in the overall price of food.

And for those wondering if they should dodge this issue in future by planting a tree of their own, a long wait is in store. Lemon trees tend to take about four years to even start fruiting, and a decade to reach full production. That probably won’t be quick enough to get a wedge into an afternoon gin and tonic.