“I think it’s a strong name,” says Carlo Buenaventura of his new restaurant and bar, Bar Magda. “A bit naughty, a bit nice.” The name is a biblical nod to Mary Magdalene, a gesture to the history of the area as a red light district and to the strong Catholic culture of his birthplace, the Philippines.

Buenaventura opened the Cross Street bar and restaurant this week alongside his friends and business partners Craig Thompson and Matt Venables. Buenaventura, who has worked both front-of-house and kitchens in the past, will be heading the kitchen, with Thompson as bar manager and Venables focusing on operations at the spot that’s carving itself out as a place where you can get beautiful food and drink late into the night.

When the three, each familiar faces in Auckland’s hospitality scene, began making plans to open their own place, Buenaventura was keen to stay in the Karangahape Road area. The district has been a place of constant return for the chef who started The Cult Project, his series of pop-ups with fellow chef Will Cook, at Madame George and Lovebucket, then went on to work at Gemmayze Street in St Kevin’s Arcade.

A friend and I ducked in for post-show cocktails and snacks earlier this week. To eat, we ordered the parmesan custard with preserved scallion and sweet gherkin ($14); a refined play on Cheez Whiz spread – ubiquitous in Filipino households. Plated up as little peaked mounds, this was delightful, with the light and tangy avocado spread ($14) the perfect side-kick. This was all mopped up with deliciously plush house-made bread ($10).

We only wanted a snack, so really we could have stopped here, but neither of us could look past the fish suglaw (a mix of ceviche and grilled fish) with ginger and rhubarb leche de tigre ($22), a dish Buenaventura has served previously at his pop-ups. This was one of the most engaging and thoughtful dishes I’ve eaten in a while. 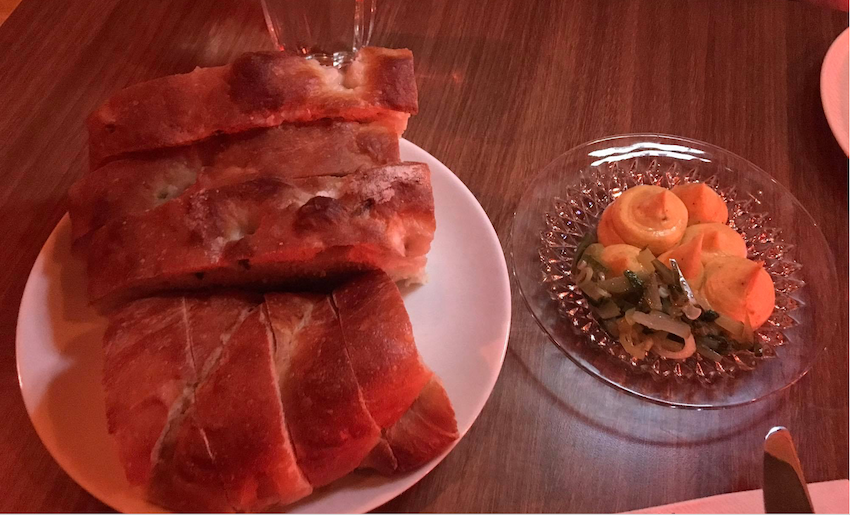 Buenaventura sums up Bar Magda’s menu as “Aotearoa’s seasonal ingredients through a Filipino lens”. Though the offerings are not traditional, the influence of Buenaventura’s homeland shines through in the flavour profiles and cooking techniques used. Sutukil, a style of cooking Buenaventura grew up with back home in the south of the Philippines, is the key inspiration.

The word is a combination of three different types of cooking: su meaning sugba, to cook using charcoal or grill; tu meaning tuwa, to braise; and lil meaning kilaw, to marinate using acid. These techniques form the foundation of the menu at Bar Magda and the open kitchen central to the space is a gentle reference to the alfresco dining so common for these sutukil-style restaurants.

“I just thought that was a nice way to showcase a different side to the culture without having to use dishes itself,” Buenaventura says. “There’s so many layers to our culture that can be showcased in a different light.”

In the Philippines, sour is often the flavour base of food, whether it’s sour-savoury, sour-sweet or sour-spicy. At Bar Magda, they’ve chosen to explicitly platform this on the drinks menu with a selection of sour cocktails. We sipped on the tamarillo with vodka, vermouth, amaro, ginger and vanilla ($18) and mandarin, applejack, carrot, ginger and coconut ($18). Both made me think that mandarin and tamarillo should star in cocktails much more often. If you’re not a cocktail drinker, the drinks menu includes a wide selection of local wines, along with non-alcoholic versions of cocktails. 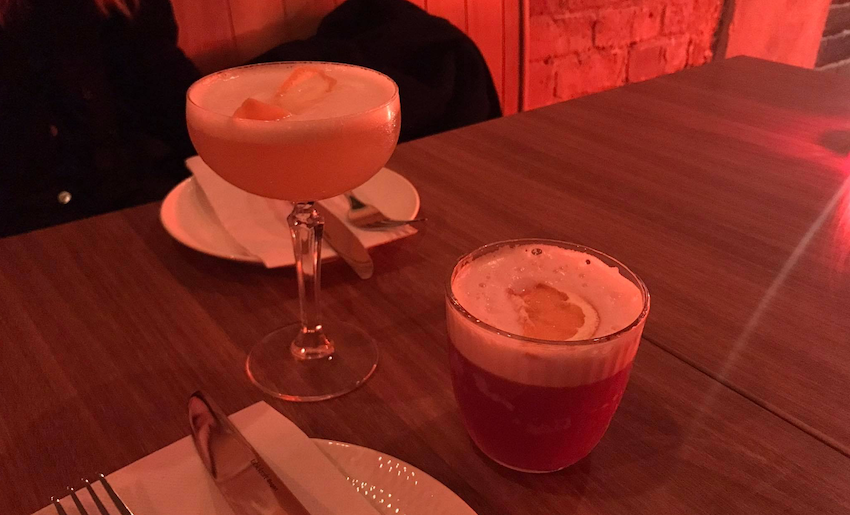 The mandarin and tamarillo based cocktails. (Image: Charlotte Muru-Lanning)

With its warm, orange lighting, there’s something lovely about the way Bar Magda has been designed in two halves. One side of the place is dedicated to those who want a full meal, the other to those like my friend and me, in for a casual drink and light bite.

Art by Olivier Stein, a long-time friend of Buenaventura, “invokes the spirit of the space”, says Buenaventura. When you work in hospitality for a long time, as I have, you start to daydream about the things you’d do differently or the same if you ever owned your own place. Whether you’re dining or drinking here, you’ll get a sense that the trio behind Bar Magda are people who have worked in restaurants and bars for a very long time, and who have reflected on what works and what doesn’t. Tables were designed to be the perfect size for conversation and to fit plates and glasses after plenty of research by the three; the wooden backs of seating benches are ever-so-slightly curved to be more comfortable on your back and the acoustics, at least when we visited, were perfect.

Magda joins a niche but popular genre of hospitality venues located down a flight of stairs in Tāmaki Makaurau – think Caretaker or Tanuki’s Cave. There’s something very moody and cosmopolitan about dining in such a place. While I have a soft spot for these kinds of mysterious basement-like spots, it does make me reflect on how inaccessible some of my favourite bars and restaurants are for friends and whānau with certain disabilities.

The bar is slightly away from the hustle and bustle of K Road, and Buenaventura says “it’s a bit daunting that there’s no foot traffic really here at night”. “We’re quite hopeful that people will sort of take a chance and dive into this world that we have created downstairs – hopefully they’ll fall in love with it.”