Gaming is bigger than it’s ever been right now. Through the device you happen to be reading this article on, you have access to tens of thousands of games, and to millions of gamers around the world (one of those things is definitely better than the other). The creativity we’re seeing in the form, especially from indie developers, is unparalleled. We might be in a golden age of gaming, to be honest.

Nostalgia is louder than fact, of course, but I still believe that gaming peaked in 2001, when controllers were attached to consoles, you had to buy a separate piece of technology entirely to save your game and you constantly worried about scratching up your discs. OK, those are all reasons why 2001 sucked for gamers. Here are all the reasons why it ruled, and ruled harder than any other year. 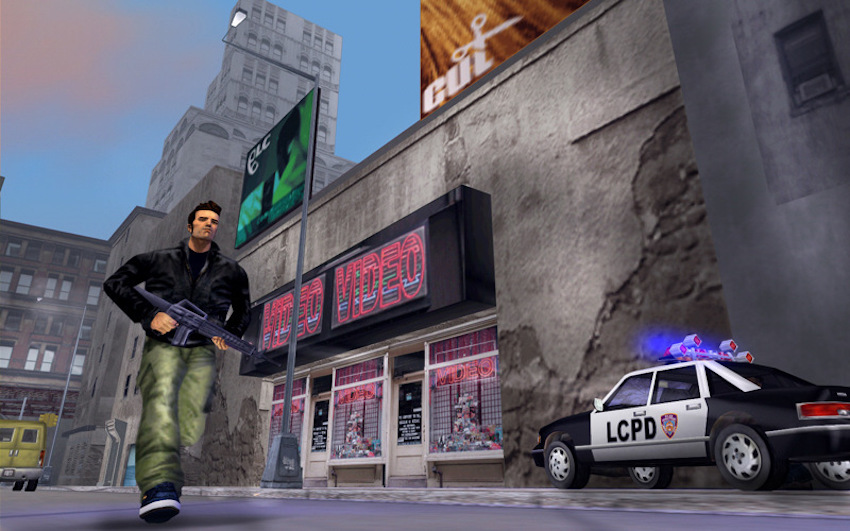 Back in 2001, this was as close gaming got to photorealism.

If you’re angry about every single blockbuster game having a world roughly the size of a small city, you can trace it right back to this game. Although the game looks prehistoric now, the fact that you could drive around a city and do all sorts of illegal things, in full 3D, was like taking so many steps up to the palace. Pour one out for all the parents whose kids convinced them they were mature enough to play it. It probably didn’t mess them up too bad.

Every generation has a few gamechangers (pun very much intended). There’s a tech term, the killer app, for applications that are so desirable that you simply must buy whatever they’re on. Halo: Combat Evolved wasn’t just a killer app; it was an assassin app. If you had an Xbox, you had Halo: Combat Evolved, better known as just Halo.

Halo was the biggest first person shooter since Goldeneye – kids, if you don’t know what Goldeneye was, talk to your parents. It became so synonymous with the genre that it became shorthand for parents referring to kids playing games of any kind at all. “Oh, are you off doing some Halo?” is a real thing my mother once said to me. 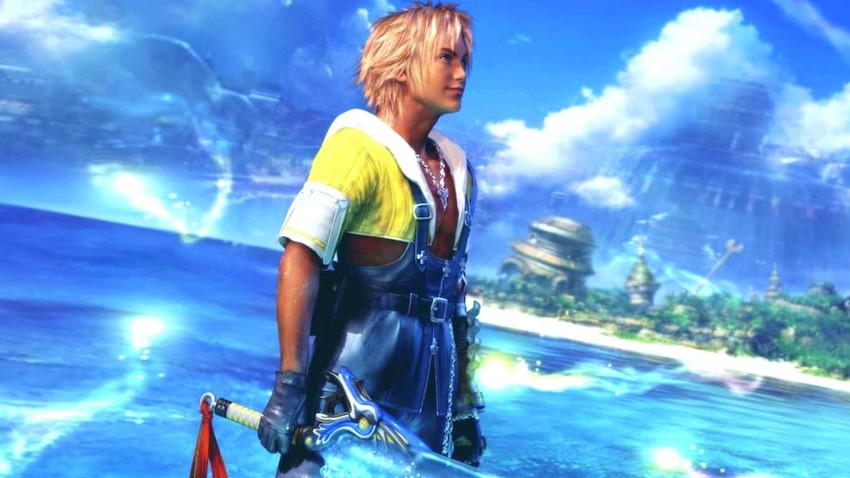 Final Fantasy was a genuine cultural juggernaut in 2001. The studio behind it, Squaresoft, was just about to release its most hyped entry yet: Final Fantasy X, which would be fully voice-acted (revolutionary for a game that has a script thicker than a phonebook) and feature faces with lips that moved when they spoke! It was one of the most popular video game series at the time, and although the name remains iconic, Final Fantasy hasn’t scaled that peak again. There’s a reason why its most loved entry in years (give or take XIV) is a remake.

To give you some sense of how much Final Fantasy dominated the world at this stage: it was enough of a juggernaut for Disney to make a crossover series, Kingdom Hearts, which would go on to be the most deranged mainstream series in any artform, ever. Final Fantasy and Disney were cultural equivalents at one point. Unfortunately, after Final Fantasy: The Spirits Within came out, it tanked Squaresoft so bad that they had to merge with Enix. After you reach the top of the mountain, you gotta tumble down I guess. 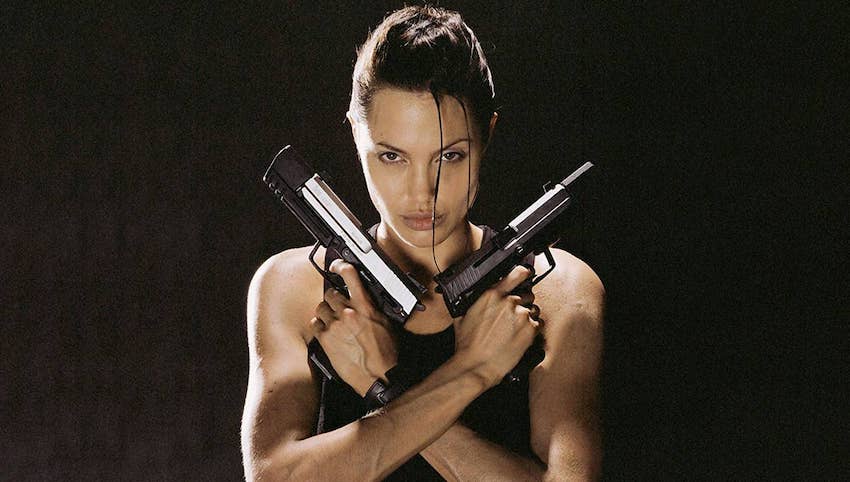 All tea, all shade: Lara Croft: Tomb Raider is the best video game movie of all time.

The year 2001 was a time where the most famous actress in the world, fresh off winning an Oscar, could be courted to star in a video game movie. Admittedly, this very thing happened again 17 years later when a recently Oscar’d Alicia Vikander took on the role, but Vikander’s never been on Jolie’s level of fame. Also, the original has that scene where Lara Croft slaps someone with the back wheel of a motorcycle, which is objectively awesome.

Super Smash Bros. Melee let you beat Pikachu up with a frying pan

Were you even a gamer in 2001 if you don’t have Peach screaming “hi-yah!” rolling around in your brain like a tumbleweed even now? Super Smash Bros. Melee didn’t come up with the idea of pitting gaming mascots against each other in a battle to the death, but it definitely perfected it. People are still playing it competitively today – even though there’s been more, allegedly better, entries in the series. Not only is it the best selling title on the Gamecube, it’s one of the best selling games of all time.

But still: why no Waluigi, Nintendo? What are you hiding from us?

This lady from the SSX Tricky cover Metal Gear Solid 2 is one of the most divisive mainstream games in history. The sequel to the best game of the PS1 era (no debate shall be brokered!) was so highly anticipated that it made a hit out of Zone of the Enders purely because a demo for this game was included with it.

What gamers wanted? A sleek sequel that expanded on the world of the first, with groundbreaking stealth action gameplay.

What they got? A complete philosophical mess that trolled everybody who wanted the above by seemingly killing off the beloved protagonist Solid Snake, replacing him with a whiny rookie, and replacing the tight twistiness of the first game’s plot with a narrative that resembled a tangled Slinky. It did, however, manage to have groundbreaking stealth action gameplay.

It’s held up past the initial outrage, though. Metal Gear Solid 2 is a thesis in a video game. It was, at some point, a big reference point in universities for meme culture. Look at this clip below and try to tell me it doesn’t predict the way the internet is now?

What's a video game moment that lives in your head rent free?

It was the greatest generation

In 2001, four consoles reigned like Gods. The PlayStation 2, the Xbox, the Gamecube, and the Gameboy Advance. The four horsepeople of the apocalypse, or at least the four horsepeople who could keep you inside for weekends without end. They were sleek and sexy. Cinema has Marilyn Monroe, gaming has the Playstation 2.

In 2001, when you bought a console game, you could put in the disc and actually start playing it, rather than wait for it to download, install, patch, re-patch. Bliss. It was the greatest generation because it was the last time that developers had to release actual finished games (although of course there were a shitton of unfinished, buggy messes, but they lie in history’s grave).

We had to wait for new games

Let’s be real: If you actually had any of the aforementioned consoles in 2001, you were pretty rich. All the people wanted to hang out at your house. For the rest of us, we were still playing our janky grey PlayStation1s and blowing dust out of our Nintendo 64 cartridges. Tekken Tag Tournament? Talk to me in 2002, I’m still playing Tekken 3.

That’s especially true in New Zealand! You don’t know how good you’ve got it now with your same day worldwide releases. Back in the day, we’d have to wait months for games to be released here, if they got here at all. But you know what they say: Waiting makes the heart grow fonder. 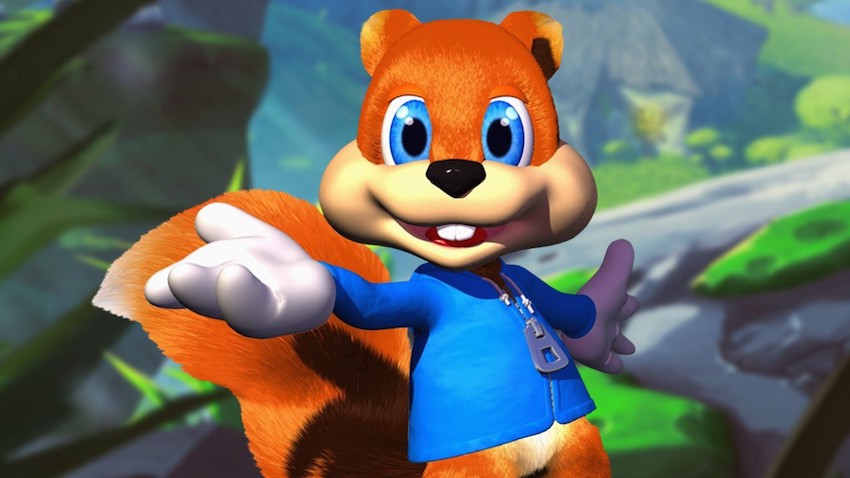 Did anybody actually play this? Probably not. But we do remember this chipmunk who almost definitely voted for Trump in 2016 and thinks that everybody is just a little bit too sensitive.

We had to be in the same room as each other

Picture this: You’re an expert at Tekken 3. Your friend, who isn’t really a gamer, comes over because they’re keen to play. You pick your favourite character, Nina Williams, at the select screen. You want to beat them bad, just once, just to show them who’s boss and how good you are at it. Then your heart sinks.

Why? They just picked Eddy Gordo.

You can have a special kind of anger at someone who picked up Eddy Gordo and mashed a bunch of buttons if they’re in the same room as you. You know this person, and you have a whole other relationship with them outside of gaming.

Now, the majority of multiplayer games are done with strangers who aren’t in the same room as you. You can’t be angry at strangers in the same way, which leads me onto my last, big reason why gaming peaked a scant 20 years ago…

The internet sucked, and that’s why using it didn’t suck

The internet used to wail like a techno banshee if you wanted to use it. To connect to the internet, you had to sit through a minute of noises that would actually go pretty well with any hyperpop song now. But we didn’t have hyperpop back then. We had NOISES.

Now, the internet gives us unprecedented access to anybody with a phone and a social media addiction. Any tool that makes communication easier also, unfortunately, makes bullying easier. Where we once played games in the same room, communities are now created across the world, over Discord and subreddits.

On the one hand, this means that people who have traditionally been marginalised in the gaming community feel less alone. Gaming has never been homogeneous, but for so long marketing told us what a gamer looked like: pale, stale, male. We now know, thanks to the internet, that gaming isn’t just for the nerds, it’s for everybody.

Unfortunately, this fact has made many pale, stale, males angry, and the internet and social media has provided the perfect platform for them to express this rage and oppress the people who don’t fit their mold. Over the past decade, we’ve seen how ugly the gaming community can be, and you can trace a lot of present day internet ugliness back to 2014’s Gamergate, which has never truly ended.

I think that’s what I miss the most: The idea that gaming was a fun thing you did with your mates, rather than a billion dollar industry where we have to find bastions of hope and glimmers of joy within the mire of toxicity. Maybe it was never real, but it was a great (final) fantasy to live in.

In the latest episode of Remember When…, Leonie Hayden and Mark Kelliher join host Jane Yee to relive their greatest Big Day Out moments. Subscribe and listen on Apple Podcasts, Spotify or your favourite podcast provider.