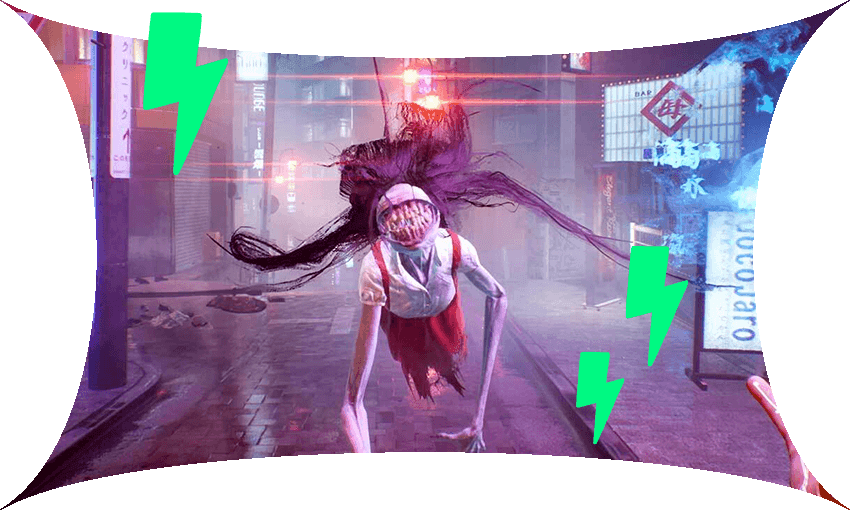 A game as delightfully assured and well-rounded as Ghostwire: Tokyo deserves to be a massive hit, writes Sam Brooks.

It’s strange to feel sympathy for a video game, an inanimate object with no thoughts or feelings, but here I am anyway. I feel sorry for Ghostwire: Tokyo, despite it being one of the fullest, surest triple-A experiences to be released this generation. That’s because it’s coming out in the wake of Elden Ring, which has sold over 12 million copies in less than a month and has swallowed the gaming internet whole. No matter how good it is, this game will struggle to compete.

That’s the context. Let’s talk about the content. Ghostwire: Tokyo slots neatly into genre that Bethesda Softworks, the studio famous for games like Elder Scrolls, Dishonoured and, most recently, Deathloop, has cornered the market on. Their speciality is narrative-driven, first person shooters that let the player explore a richly designed open world. These games feel extremely good to play, with low barriers to entry and pick up, but a high threshold to reach proficiency. Ghostwire: Tokyo might be the most seamless entry yet into this deeply specific genre (with the caveat that I, personally, did not have a great time with Deathloop, although everybody else seemed to).

Although published by Bethesda, Ghostwire: Tokyo was developed by Tango Gameworks, the studio that also made the Evil Within series, and it’s easy to see the connective tissue between the two: both are survival horror with action elements. You play as Akito, an every man who gets possessed by KK, a spirit detective, after Tokyo’s entire citizenry vanishes and otherworldly spirits invade the city. KK endows Akito with a range of abilities, which in gameplay terms translates to shooting light of varying colours from his hands to neutralise enemies, absorb energy and purge the city of invasive spirits. It’s all very fun – and, as an added bonus, it is equally well voice-acted in English and Japanese, though your experience will obviously vary depending on which one you prefer to play in.

Ghostwire: Tokyo’s plays extremely smoothly, and its open world has just the right amount of things to do so – enough that the player wants to do them, rather than feels overwhelmed by choice. Even though it’s set in a never-ending midnight, it looks and sounds vivid, never dull. While these are significant strengths, they aren’t what sets it apart, however. What makes Ghostwire: Tokyo shine is how appealingly goofy it is.

It might seem from the game’s premise and design that we’re in for a creepy, unremittingly bleak horror, but Ghostwire: Tokyo is much more cheerful and silly than you would expect. This is a game where the merchants dotted across Shibuya’s convenience stores are anthropomorphic nekomata (cat demons) who laze about while they serve you. It’s also a game where the player can feed and pet dogs, who then dig up coins for you to spend with said cats. Even the elements that suggest horror instead lean towards  the bizarre – more than once you have to purge a couch demon, literally a couch with two massive eyes, that stands in your way. Even as the core narrative deals with undeniably heavy stuff – grief, gore, existential dread, the whole gamut from sad to mad – the game never feels weighed down by it. There’s always a dog to pet around the corner.

This balance in tone speaks to how well pitched Ghostwire: Tokyo is. There’s a version of this game that is a slog – think back to something like Silent Hill, where the awkward gameplay and comparatively lacklustre graphics contributed to the oppressive terror – but Ghostwire: Tokyo is never not fun to play. It feels as good to shoot the faceless, sometimes even headless spirits of Shibuya as it does to glide across rooftops. Hell, completing the surprisingly deep, even wholesome side quests doesn’t feel like a diversion from the main narrative like in most games. Solving one errant spirit’s dilemma resonates as much as saving the entirety of Tokyo.

If there’s one thing that will be held against Ghostwire: Tokyo it’s that it’s very good in no specific way, but in many general ways. In the overcrowded gaming space of the opening months of 2022, that might as well be a death sentence. Even the buzz around Horizon: Forbidden West, which would be a contender for the biggest game of any year, has been drowned out by Elden Ring. If you look at the games coming down the pipeline soon – Kirby, Warhammer 40K, Nintendo Switch Sports – there’s a solid chance that Ghostwire: Tokyo might end up being a cult classic rather than the blockbuster hit it deserves to be.

That’s a sign of a crowded release window more than any issue with the game itself, though. A game as splendidly assured and delightfully fun as Ghostwire: Tokyo is worthy of celebration, any time of year.

Ghostwire: Tokyo is available on PS5 and Microsoft Windows now.